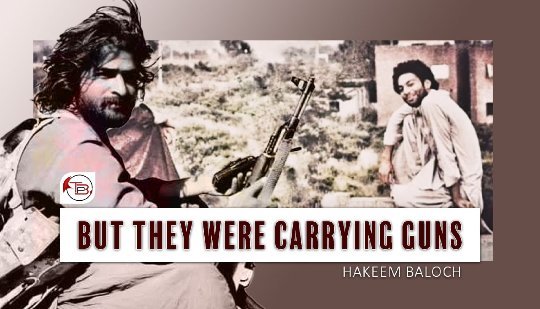 Journey from Pen to Mountains: Balochistan Freedom Fighters is the translation of an article written by a Baloch Journalist, Sumaira Baloch, published in local language in Balochistan Post.

It is said that there are only two forces in the world. One is the sword and the other is the pen, but it is also said that knowledge is more powerful than the sword. Absolutely true. Because knowledge gives consciousness, knowledge gives that power and existence, which no one else can steal from you, the enemy cannot destroy the power of your consciousness in spite of millions.

Balochistan is a land where the mountains become the home of the young and the conscious, because it is their consciousness that takes them to the mountains. Balochistan is the land occupied by the enemy country. And the greatest oppression of the enemy on the Baloch people is to keep the Baloch away from education. The purpose of depriving them of education is clear. Because the enemy is well aware of the power of knowledge and consciousness. That is why they want to deprive the Baloch of the power of pen.