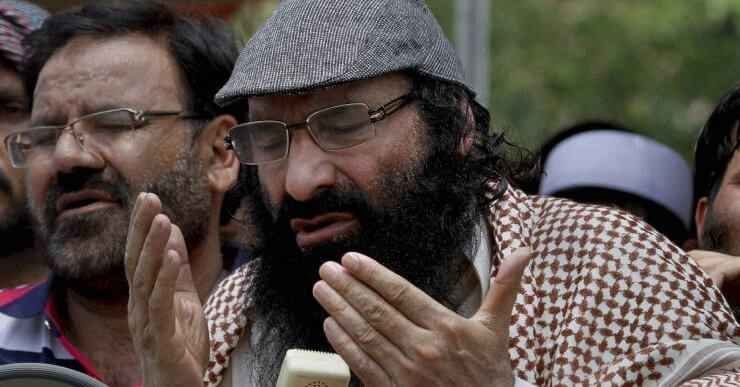 Proscribed Terrorist Syed Salahuddin Feared Dead in an Assassination Attempt. Salahuddin was attacked in Islamabad on 25 May and is grievously injured.

It has now surfaced that Syed Salahuddin, a prominent and proscribed terrorist operating from Pakistan, and head of Hizb-ul-Mujahideen and United Jihad Council became the target of an assassination.

It is understood that Proscribed Terrorist Salahuddin was attacked in Islamabad on 25 May and is grievously injured. His current state is unknown and rumours are rife that this is a hit job by ISI as a punishment for the recent string of failures in Kashmir by his organization. It needs to be remembered that the head of Hizb-ul-Mujahideen Operations, Riaz Naikoo was gunned down in Kashmir less than two weeks ago and another prominent terrorist Junaid Sehrai was killed a few days later.

Salahuddin’s independent streak as well as Pakistan’s disapproval of a Kashmiri running Kashmir terror operations is well known and there were attempts made before to cut him down to size. As early as 2012, he has warned Pakistan by saying,

“We are fighting Pakistan’s war in Kashmir and if it withdraws its support, the war would be fought inside Pakistan”.

We are awaiting further confirmation of this as it is possible that Pakistan faked his death to escape the FATF Blacklisting the same way Maulana Masood Azhar, another prominent Pakistan based terrorist went missing after Indian Airforce destroyed his bases at Balakot after a terror attack leading to the death of 50+ Indian soldiers. How much ever Pakistan hates him, his influence over Kashmir’s terror networks is irreplaceable.

Yusuf Shah, a Kashmiri policeman radicalized by Jamaat-e-Islami joined Hizb-ul-Mujahideen after he lost the elections to Assembly of Jammu and Kashmir in 1987, named himself ‘Syed Salahuddin’ after the famous Kurdish Warlord Saladin. He later went on to head Hizb-ul-Mujahideen and United Jihad Council, an umbrella organization of Pakistan based terrorist organizations operating in Kashmir Valley.

He is survived by five sons and two daughters, with none of them ready to join his fight.