Derailing Hydroxychloroquine: Who Wins, Who Loses? 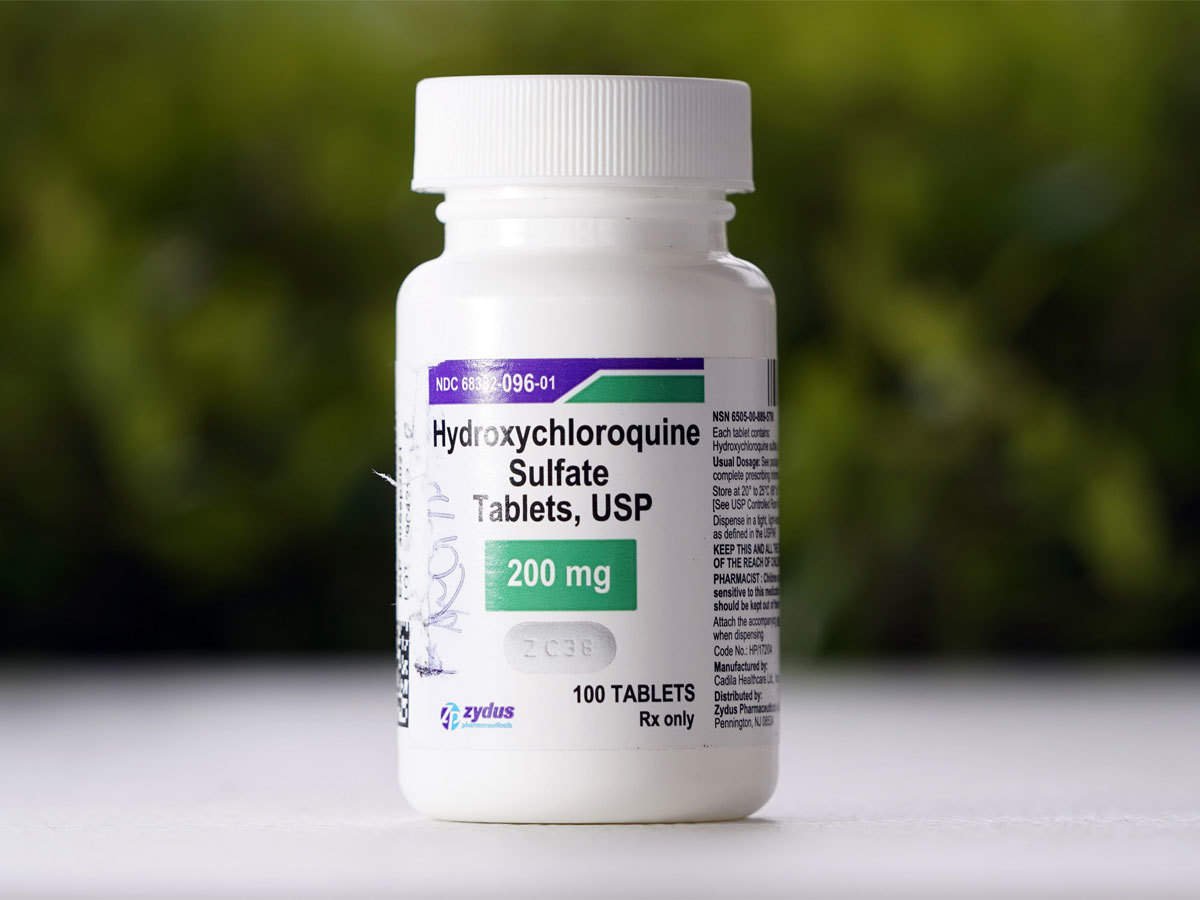 Attempts at derailing Hydroxychloroquine clinical trials as a treatment for Chinese Virus patients met a tough resistance. However, the resistance collapsed. It highlights how certain people, certain Media Houses, certain journals, certain countries are against finding a quick cure for the Chinese Corona Virus.

The World Health Organization says it is temporarily halting its clinical trials that use hydroxychloroquine to treat COVID-19 patients after the medical journal The Lancet reported on Friday 22-May 2020, that patients getting hydroxychloroquine were dying at higher rates than other coronavirus patients.

“The review will consider data collected so far in the Solidarity Trial and in particular robust, randomized available data to adequately evaluate the potential benefits and harms from this drug [hydroxychloroquine],” WHO Director General Tedros Adhanom Ghebreyesus said during an online press conference from Geneva on Monday 25-May 2020.

The WHO’s chief scientist, Dr. Soumya Swaminathan, says the review was prompted by the article in The Lancet, which was not a randomized control trial but still large.

“While it was still a reporting of observational data,” Swaminathan says, distinguishing it from the gold-standard randomized controlled trial, “it came from multiple registries and quite a large number of patients, 96,000 patients.” She says the WHO hasn’t yet seen data that showed a problem with hydroxychloroquine in its own study, but The Lancet article raised questions among many of the investigators involved in the WHO’s trial.

“The steering committee met over the weekend (23-24 May), in the light of this uncertainty,” Swaminathan says. “We decided we should be proactive, err on the side of caution and suspend enrollment temporarily into the hydroxychloroquine arm [of the Solidarity trial].”

Reading the above statement raises doubts that the whole world is going through a worst Pandemic with over 110K people died in USA alone, the drug testing is stil not a randomized control trial? Or was the hydroxychloroquine testing only a formality to disapprove it? Why would WHO and Lancent Journal Disapprove hydroxychloroquine testing? Was it because the USA President Donald Trump had endorsed it? Was it because India is the biggest producer and supplying the drug to many countries? Or is it because this is being done under the influence of China to delay a cheap cure for the Chinese Corona Virus? Or is there something more into it?

Searching for the links between the Lancet Journal and George Soros lead us to an article from 2008 that suggested that George Soros had previously also paid for the botched up research to inflate the number of dead by 10 times. We are reproducing the excerpt from the article for our readers to read:-

A controversial 2006 study that estimated 650,000 people had died as a result of the Iraq war was partially paid for by a donation from George Soros’s charitable foundation, reports The Sunday Times, in London. The study, appearing in the medical journal The Lancet, received almost half of its financing from the antiwar billionaire.

The 650,000-casualty figure was substantially higher than other estimates; recent research in The New England Journal of Medicine, for instance, estimates that 151,000 people have died since the invasion.

In an article Anti war Soros funded Iraq study by Brendan Montague published on Sunday January 13 2008, 12.00am GMT in The Sunday Times
A STUDY that claimed 650,000 people were killed as a result of the invasion of Iraq was partly funded by the antiwar billionaire George Soros.

Soros, 77, provided almost half the £50,000 cost of the research, which appeared in The Lancet, the medical journal. Its claim was 10 times higher than consensus estimates of the number of war dead.

The study, published in 2006, was hailed by antiwar campaigners as evidence of the scale of the disaster caused by the invasion, but Downing Street and President George Bush challenged its methodology.

New research published by The New England Journal of Medicine estimates that 151,000 people – less than a quarter of The Lancet estimate – have died since the invasion in 2003.

The Lancet study, commissioned by the Massachusetts Institute of Technology, was cited by the antiwar movement and denounced by the then Bush Administration.

European governments moved on Wednesday, 27-May 2020 to halt the use of anti-malaria drug hydroxychloroquine to treat COVID-19 patients, and a second global trial was suspended, further blows to hopes for a treatment promoted by U.S. President Donald Trump.

The moves by France, Italy and Belgium followed a World Health Organization decision on Monday to pause a large trial of hydroxychloroquine due to safety concerns.

A UK regulator said on Wednesday that a separate trial was also being put on hold, less than a week after it started. The study, being led by the University of Oxford and partly funded by the Bill and Melinda Gates Foundation, was expected to involve as many as 40,000 healthcare workers.

As we pointed above, people raised question on the veracity of the Lancet Journal which fears of adverse impacts when people are dying. Was this study again financed by George Soros or China or any of the big names from with Democrats support or Chinese links?

An effort to enter into Desai Foundation site (http://www.desaifoundation.com/), however, was a non-starter, as of June 10. On being opened, it states, “Not Found The requested URL was not found on this server.”, though further clicks takes one to medical activities of Surgisphere, though there is no information on India. The site has Surgisphere logo on the top left, and its design is similar to that of Surgisphere. As for NICE, it has no web presence. The site says at the bottom “Copyright © 2007 – 2020 Surgisphere Corporation.” Dr Desai, presumably, abandoned his NGO activity in Gujarat.

Born in 1979, Dr Desai, who speaks in Spanish, Gujarati and English, appears to have had a chequered academic career. MD, PhD, MBA, FACS, CLSSMBB, and currently CEO of the Surgisphere Corporation, he obtained his MD and PhD in anatomy and cell biology from the University of Illinois at Chicago, MBA in healthcare management from the Western Governors University, and completed his general surgery training at Duke University, where he was faculty in 2011-2014.

The Guardian says, the tiny US company of Dr Desai was behind flawed data leading WHO and governments to change their health policy.

“The Guardian” investigation, referring to the “Lancet” study, says, “The US-based company Surgisphere, whose handful of employees appear to include a science fiction writer and an adult-content model, has provided data for multiple studies on Covid-19 co-authored by its chief executive (Dr Desai), but has so far failed to adequately explain its data or methodology.”

Making serious allegations against Dr Desai and the firm he heads, “The Guardian” claims, “A search of publicly available material suggests several of Surgisphere’s employees have little or no data or scientific background. An employee listed as a science editor appears to be a science fiction author and fantasy artist. Another employee listed as a marketing executive is an adult model and events hostess.”

“The Guardian” continues, “The company’s LinkedIn page has fewer than 100 followers and last week listed just six employees. This was changed to three employees as of Wednesday (June 3)… While Surgisphere claims to run one of the largest and fastest hospital databases in the world, it has almost no online presence. Its Twitter handle has fewer than 170 followers, with no posts between October 2017 and March 2020.”

It adds, “Until Monday (June 1), the ‘get in touch’ link on Surgisphere’s homepage redirected to a WordPress template for a cryptocurrency website, raising questions about how hospitals could easily contact the company to join its database.”

“The Guardian” says, “Desai has been named in three medical malpractice suits, unrelated to the Surgisphere database. In an interview with the ‘Scientist’, Desai previously described the allegations as “unfounded”. In 2008, Desai launched a crowdfunding campaign on the website Indiegogo promoting a wearable ‘next generation human augmentation device that can help you achieve what you never thought was possible’. The device never came to fruition.”

“The Guardian” states, “An examination of Desai’s background found that the vascular surgeon has been named in three medical malpractice suits in the US, two of them filed in November 2019. In one case, a lawsuit filed by a patient, Joseph Vitagliano, accused Desai and Northwest Community Hospital in Illinois, where he worked until recently, of being ‘careless and negligent’, leading to permanent damage following surgery.”

After WHO decided to reverse its decision on hydroxychloroquine, “Desai’s Wikipedia page has been deleted following questions about Surgisphere and his history, first raised in 2010”, “The Guardian says. Meanwhile, “Lancet” editor Richard Horton has been quoted as saying, “Given the questions raised about the reliability of the data gathered by Surgisphere, we have issued an Expression of Concern, pending further investigation.”

“An independent data audit is currently underway and we trust that this review, which should be completed within the next week, will tell us more about the status of the findings reported in the paper by Mandeep Mehra and colleagues”, adds Horton.

Three of the authors of a study published last month in The Lancet on the use of the anti-malaria drugs hydroxychloroquine and chloroquine to treat COVID-19 patients today requested the study be retracted because they can’t vouch for the underlying data.

The retraction is the latest step in a drama that’s been unfolding since the study was originally published on May 22. The observational study involving more than 96,000 patients found that hydroxychloroquine and chloroquine provided no benefit to COVID-19 patients and was associated with a higher risk of death and serious heart rhythm complications. But critics almost immediately began questioning the validity of the data used in the study.

An open letter sent last week to the editor of The Lancet, signed by more than 100 clinicians and scientists, voiced those concerns and called for an independent validation of the analysis.

The safety issues highlighted in the study prompted the World Health Organization to pause recruitment to the hydroxychloroquine arm of its SOLIDARITY trial last week, but Wednesday, 3-June 2020 WHO announced it was resuming the trial after an independent data safety monitoring board found no safety concerns.

The cartel is activated – After WHO goes public, Washington Post, New York Times and all Lefist Liberal Fake News Media start publishing articles over the the report. Did any Intelligence agencies tried to find the nexus between the alleged report published by the Lancet Journal, people behind the alleged report, the nexus with Lancet Journal in accepting the report without due diligence?

It may not be necessary that the funds may have been taken openly by the Lancet Journal as in 2008 reports from George Soros, but it puts Lancet Journal also in the sphere of suspicion and questions the credibility of the biggest journal as halting the world from a cure at a time when people are dying across the world of the Chinese Virus Pandemic.

Best option suggested by some people is to interrogate some of the people involved and let them undergo the Narco-Drug tests to find the main conspirators behind this cartel that didn’t want the world to quickly get a cure for the Chinese Corona Virus. Follow the trails and if it leads to China, plan a coordinated action against the Bio-Terrorist of the world.