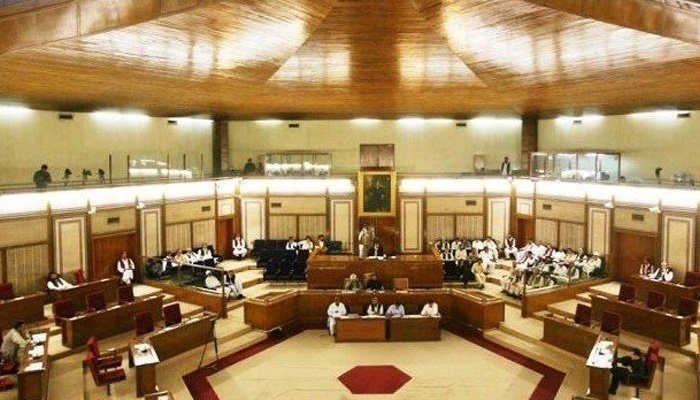 Pakistan Budget 2020-2021 is nothing but a mockery of Pakistan Occupied Balochistan. It is a clear exploitation of the resource rich Balochistan by Punjabi Pakistan.

Out of the total revenues of the Punjabi Dominated Pakistan government in 2020-21, Punjab stands to get Pakistani the lion’s share of PKR Rs. 1.439 trillion. Sindh that contributes maximum to the Punjabi Pakistan GDP, gets a much reduced amount of PKR Rs 742.030 billion which is considerably less than even the last year. Khyber Pakhtunkhwa gets PKR Rs 477.519 billion. Pakistan Occupied Balochistan which is being looted of all the natural resources by Punjabi Pakistan and China gets a peanut of PKR Rs 265.954 billion in the new fiscal year of 2020-2021. [$1 US = PKR Rs 166.85]

Details of Transfer to Provinces in Pakistan Budget 2020-2021 (Figures in PKR Rs. in Million)

The share of Pakistan Occupied Balochistan in NFC transfer has been reduced from PKR Rs. 295 to 265 billion. This will severely hamper the capability of the resources-starved government of Balochistan which is already battling Chinese Corona Virus Pandemic without any financial or material support from Punjahi Pakistan.

People Were waiting for their decisions on the following:
1) Salary hike for govt employees
2) Allocations for Public Sector Development Programme (PSDP) (which sector will receive a cut & by how much)
3) COVID economic recovery plan
4) Addressing concerns of opposition

However to their disappointment, all their remaining hopes from Punjabi Pakistan were shattered.

Gwadar, the so-called shining pearl of Chinese CPEC has been ignored in the budget again. Only PKR Rs 519 million have been allocated for New Gwadar Airport out of remaining costs of PKR Rs. 20 billion. PKR Rs.800 Million out of the remaining PKR Rs. 12.5 billion allocated for GDA. It seems Pakistan is itself disenchanted with the Chinese CPEC. As per people, “spending money on CPEC is like throwing money in a deep dark well to feed the Chinese Sharks”.

PKR Rs. 700 million out of the remaining cost of PKR Rs. 2.5 billion were allocated for the 5 MGD desalination plant of Gwadar, which is under construction since 2018 amid all the water shortage. 1 billion out of 5.8 billion allocated for Gwadar freshwater treatment plant. Seems like Pakistan wants to kill native Baloch population of thirst. At this pace, Pakistan will shortly abandon Gwadar.

A meager PKR Rs. 50 million out of 687 million allocated for Gwadar safe city project. This shows the lack of interest and commitment towards the security situation in the port city by the Punjabi Pakistan government.

Last year PKR Rs. 3 billion were added in Public Sector Development Programme for a feasibility study of the dualization of Quetta-Karachi highway. This year even this feasibility study has been dropped. This gives a very bad message in the backdrop of huge civil society demand in Balochistan to dualize N-25.

The total cost of Nokundi-Mashkhel Road of CPEC has been reduced from PKR Rs. 24 billion to PKR Rs. 7.7 billion. This is a questionable move because with this downward cost revision government has reduced the scope of this proposed highway.

The Punjabi Pakistan government has allocated mere PKR Rs. 93.5 billion for Higher Education Commission (HEC) as compared to the demand of 147 billion. This is a 37% cut and already cash-starved universities in Balochistan will suffer badly as a result.

Likewise, the government has allocated a meager sum of PKR Rs. 50 million out of 1.5 billion for Bolan University of Health Sciences. Students of this university have been protesting for months mainly due to spike in fees and other charges.

This Chinese Wuhan Corona Virus COVID-19 affected budget by Punjabi Pakistan government has once again scapegoated Pakistan Occupied Balochistan in terms of cutting down allocation for the important projects. Apparently, the drama of protests by Jam Kamal was all to this end failed to force the Imran Khan led PTI government in revising their decision. We can say that Jam Kamal knew this discrimination against Balochistan in advance but pretended to go on protests to appear as if he opposed the budgetry cut. Hopefully his personal pockets were amply filled by the Punjabi Dominated Pakistan Government.

Balochistan presents a budget of PKR Rs465 bn, which is 22.4% higher than the revised budget of last year.

Last year PKR Rs 100 billion were allocated for PSDP but only 74 billion could be utilized. This year PSDP has been increased to 106 Bn. The major increase in development expenditure comes though federal funded projects outside PSDP at a value of 38 bn.

So, last year #Balochistan could only spend 74% of its PSDP and thus the claims of Jam Kamal of record development spending are incorrect.

Amid Chinese Virus Pandemic under the pressure from IMF and world Bank that gave the immediate financial assistance in the wake of Chinese Wuhan Virus to Pakistan, the health budget has been increased by 31% to PKR Rs. 31 billion. As per people, this money will never reach Balochistan and will disappear before its benefits will reach the Chinese Virus infected native Baloch People. It should be noted that previously, in the name of masks, Balochistan was sent the masks made out from the under garments of the Chinese. Also in the name of PPE kits, torn and rejected suits were sent. We covered this topic in our previous article Pakistan Purposely Spreading ChineseVirus in Balochistan: Hyrbyair

This year’s budget for security in Pakistan Occupied Balochistan has been increased by 18% to PKR Rs48 billion. Now, security consumes 16.5% of the total current expenditure budget of the impoverished province of Balochistan. This money though is being accounted for expenditure in Balochistan, but the real receipient of this huge money is Punjabi Pakistan Army and their Terrorist death squads that are tasked with burning Baloch villages, kill Baloch men and rape Baloch women.

Receipts from federal government have decreased from PKR Rs.326 bn last year to 302 bn this year. This decrease has been caused by a cut in #Balochistn’s share in the federal divisible pool.

Puppet Government of Pakistan Occupied Balochistan has increased provincial own receipts estimates from PKR Rs. 34bn to PKR Rs. 46 Bn. However, last year it could only collect 74% of estimated revenue. This year the bulk of provincial receipts come from provincial taxes deducted at source by Balochistan Revenue Authority.

This budget of Pakistan Occupied Balochistan comes with a deficit of staggering PKR Rs. 87 bn. Last year’s deficit was 47 bn. This means #Balochistan has to make huge cuts on its budgeted expenditure & PSDP will be the natural target. Hence, actual spending on PSDP next year can be as low as 20 bn.

When Doctors do not have basic supplies like masks and PPE Kits to fight Chinese Wuhan Corona virus, ironically, Pakistan Occupied Balochistan government is to purchase Air Ambulance for Health emergency, as 2.5 Billion allocated in budget 2020-21. It can be safely assumed that this amount is for the ruling government to over look the exploitation of people of Pakistan Occupied Balochistan.

Allocations under the head Law and order

If you look at the below figures, anyone can tell that the Pakistan Budget 2020-2021 was a farce. All this amount is to go in the pockets of the Puppet Government of Pakistan Occupied Balochistan and their own men without benefiting the Baloch natives at all.

Opposition parties in Balochistan assembly rejects the budget 2020 presented by GoB. Out of 106 Billion rupees for development, only 2.90 Billion are allocated for 23 opposition constituencies where 7 million population resides. Which is clear violation of law and justice.

Balochistan has been neglected in every sphere of life , in Budget 2020-2021. Allies have not been consulted at all which means Government doesn’t need alliance partners anymore.

Students were looking for signals from place to place as 3G is not 4G so they can take online classes #OnlineClasses. Even their dreams are shattered.

If this is not an injustice with Balochistan then what is this.

One person said, “0% increment in salaries. We want to know why Government of Balochistan in the annual budget of 2020 -21 increased the salaries of Balochistan ministers in the Assembly & few allowances for employees of Assembly secretariat? Now the person whose grade is 5 what he will do when his salary is 20k? Budget is hope for him that his salary will increase. We need explanation from Jam Kamal”.

A closer look at the budget details revealed that PKR Rs 1,289 billion figure does not include Pakistani PKR Rs 369 billion allocated for pensions of retired military personnel and Pakistani PKR Rs 324 billion for the armed forces development programme.

“The defence budget allocation shows roughly 12 per cent increase over last year’s figures. However, this is deceptive because invariably there is an increase midway and a lot of military expenditure is hidden under different heads. These include pensions, major acquisitions and the nuclear programme,”

“As compared with the budgeted PKR Rs 1.29 trillion defence expenditure, the size of the federal developmental budget is only PKR Rs 650 billion. This shows the priorities of the government and the dominance of the military,”