China Fails To Create Rift Between India And Bhutan 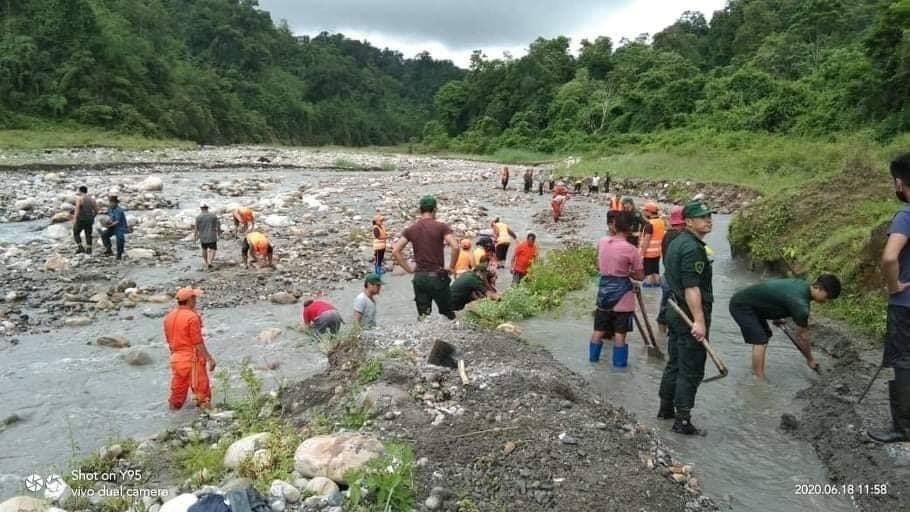 China fails to create rift between India and Bhutan. A little known website supported by China initially published a Fake News that Bhutan has stopped the supply of irrigation water to farmers in Areas in Indian state, Assam. Soon that Fake News was picked up by the Pakistanis and the Leftist/Liberal Politicians and the Fake News Main stream Media and Propaganda against India started just to create rift between India-Bhutan relationship. This was done on the orders of Communist CCP to portray India having troubles with all its neighbors.

Even the Leftist Liberal Main stream News media was also not far behind in spreading this Fake News without even verifying the facts from Foreign Ministry of Bhutan or from Indian Authorities giving credence to the rumors around the Fake News floating around.

Social Media cell of all the Leftist/Liberal Parties became active and started maligning the Ruling Indian Government under the leadership of the Prime Minister Narendra Modi.

Related Article China Bribes Vatican With “$2 Billion a year” to silence the Church.

Check out one such Pakistan ISPR supported Twitter Handle having wet-dream.

However this Communist China CCP’s attempt failed miserably and died its own death.

What is the Real Story?

Every year, Indian farmers go to Bhutan, clear the channels and divert water into India for irrigation in the crop season.

This year, due to COVID, Bhutan locked it’s borders and didn’t allow anyone. The farmers started to protest and the interested parties gave it an air of Bhutan also flipping.

However, Bhutanese govt, on learning about this deputed its own workers to clear the channels and release water into India.

Ironically, it turns out that information coming out of Bhutan is more reliable than the Indian version. It is important to note that no clarification is given by Indian media after the issue is resolved.

Clarification by Ministry of Foreign Affairs, Royal Government of Bhutan

1. Since 24th June 2020, there have been several news articles published in India alleging that Bhutan has blocked water channels that supply irrigation water to Indian farmers in Baksa and Udalguri Districts in Assam adjoining Samdrup Jongkhar District.

2. This is a distressing allegation and the Ministry of Foreign Affairs would like to clarify that the news articles are totally baseless as there is no reason why the flow of water should be stopped at this time. It is a deliberate attempt by vested interests to spread misinformation and cause misunderstanding between the friendly people of Bhutan and Assam.

3. Baksa and Udalguri Districts in Assam have been benefitting from the water sources in Bhutan for many decades and they continue to do so even during the present difficult times when we are faced with the COVID-19 pandemic.

4. Since the lockdown in India and closure of Bhutan’s borders due to the COVID-19 pandemic, the Assamese farmers are unable to enter Bhutan to maintain the irrigation channels as was done in the past. However, understanding the difficulty that would be faced by the farmers in Assam, the Samdrup Jongkhar District Officials and the general public have taken the initiative to repair the irrigation channels whenever there are problems to ensure the smooth flow of water to Assam.

5. The heavy monsoon rains and sudden rise in the water levels is posing serious challenges, but the Bhutanese authorities, including with heavy machinery, are on standby to clear any blockage and channel the water whenever there is a problem.

6. Bhutan would like to assure the people of Assam that the Royal Government of Bhutan, particularly the Samdrup Jongkhar District authorities, will make every effort to ensure that the disruptions caused by the monsoon rains to the irrigation channels are addressed without delay and there is water available for the farmers in Assam. Bhutan would like to request for the understanding of the farmers in Assam as sometimes there could be few delays in the flow of water due to disruptions caused by the heavy monsoon rains and the operational difficulties arising from the restrictions put in place by both the countries due to COVID-19.

7. The Samdrup Jongkhar authorities maintain close contact with their counterparts in Baksa and Udalguri. The challenges faced during these difficult times have been explained to them and they have expressed understanding of the situation.

New about the Clarification issued by Ministry of Foreign Affairs, Royal Government of Bhutan was also reported by ANI and some other Social Media handles.

A Twitter user, nationalist Ritu Rathaur with twitter handle @RituRathaur tweeted, “Big blow to Chinese Agents in Indian Media and Cong Bhutan denies blocking any water to India, natural blockage took place because of heavy rains ! If this left-liberal gang is not controlled , it will harm India like none else! Scums won’t report this truth now!”

China has already created a rift between India and its neighboring country Nepal on the border issue. However China also got its taste and Nepal Government has acknowledged the lands on which CCP China has encroached.

Question to be asked: Has the Main Stream Media fallen from its principles and are doing rumor based news reporting? Or is it deliberately planned planting of Fake News by one source and spreading like wild fire by the Main Stream Media at the directions of China or its agents sitting in every country?