Bills To Strengthen India-US Defence Ties Introduced by US Senators 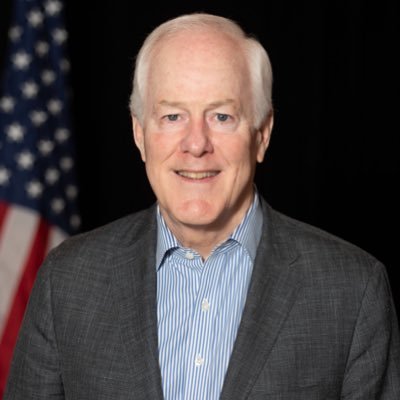 Bills to strengthen India-US Defence ties is introduced by US Senators. The top two senators of the ruling Republican and opposition Democrats in the US tabled an amendment bill to strengthen military ties with India, particularly fifth-generation fighter aircraft and to accelerate joint research and development in the military sector.

The US is considering strengthening its military partnership with India against China. A bill has been introduced in the US Senate regarding this. If this bill is approved, then the US can give advanced fighter jets like fifth-generation F22 and F-35 to India. As of now, these fighter jets are with select countries in the world like Israel, Japan, and South Korea with whom the US has close ties. However India is already working on its on 4.5 and 5th Generation Fighter Jets program. Indian Air Force may then decide what is best for India. India has already contracted for Rafale Fighter Jets.

US SENATE INTRODUCED AN AMENDMENT BILL

The top two senators of the ruling Republican and opposition Democrats in the US amended the National Defense Authorization Act (NDAA) 2021 to strengthen military ties with India, particularly to accelerate joint research and development in fifth-generation fighter aircraft and the military sector.

The legislative amendment asks the Defence Secretary to provide a briefing on joint defence and related industrial and technology research and development and personnel exchange opportunities between the US and India. It also seeks assessment of whether additional funds are necessary for the defence technology and trade initiative for seed funding and personnel exchanges.

Senator Mark Warner and Senator John Cornyn have asked Defense Minister Mark Asper to assess whether the Israel-US National Industrial Research and Development Foundation could become a model for US-India private sector cooperation on defense and critical technologies. Warner is the vice-chairman of the powerful House of Representatives intelligence committee and Cornyn is the Republican whip. Both are co-chairs of the powerful Senator India Caucus.

ACTION WITHIN 180 DAYS OF PASSING THE LAW

In another amendment, Senator Cornyn also asked the Defense Minister to brief India on America’s fifth-generation fighter jet program within 180 days of passing the law. The amendment calls for recommendations from the Pentagon for Congress to increase cooperation between the two countries and a report on the topics covered in the briefing as India is developing its fifth-generation fighter aircraft.

AMERICA WILL GIVE SECRET DEFENSE TECHNOLOGY TO INDIA

In the wake of providing top-secret US defense technology and equipment to India, Cornyn and Woner also jointly introduced another amendment to include India in the list of ‘NATO plus countries’ like Israel and New Zealand.

RESOLUTION TO EXPAND QUADRILATERAL DIALOGUE AMONG US, INDIA, JAPAN and AUSTRALIA

Another resolution moved by Senator John Sullivan seeks expansion of defence-specific engagement in multilateral frameworks, including the quadrilateral dialogue among the US, India, Japan and Australia to promote regional security and defend shared values and common interests in the rules-based order.

Seeking to pursue strategic initiatives to help develop the defence capabilities of India, the resolution says that the US conducts additional combined exercises with India in the Persian Gulf, Indian Ocean and western Pacific regions. The resolution also urges the Pentagon to focus on several priority areas for cooperation, including Air Launched Small Unmanned Aerial Systems, Lightweight Small Arms Technologies, and Intelligence Surveillance, Targeting and Reconnaissance.

An amendment to NDAA 2021 moved by Senator Cory Gardner supports India against the Chinese aggression in Galwan Valley in eastern Ladakh.

As per a source, “India is welcoming the Manufacture base in India, India may welcome production lines to India and can act as a regional hub for repair and maintenance of all F-16 and F-22 and F-35 without any commitment to buy the same for Indian Air Force. The decision to Buy or Manufacture own Fighter Jets lies with Indian Government and Indian Air Force. They know what is best for India.”

These Bills are being Introduced by US Senators including cooperation on 5th Generation Fighter Jets and other security agreements.

India is already working on producing Light Combat Aircraft (LCA) Fighter Jets named Tejas that are 4.5 Generation. Will US consider giving the Engine Technology from GE to India? Only Bottleneck in the current LCA Tejas Fighter Jets is the Engine Technology and a couple of more Advanced Technologies. It will take a little time but India is close to developing them indigenous. Can US accelerate this development process in the wake of hostilities with China?