Christians And Hindus are Forcefully Converted to Islam in Pakistan : Why Is The World Silent? 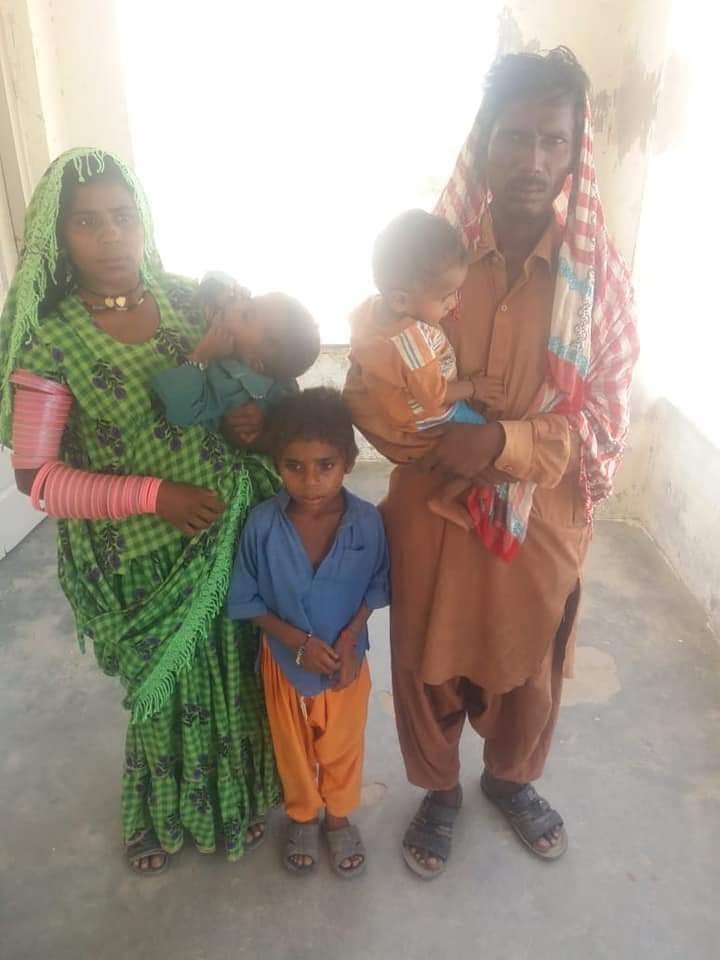 Christians And Hindus are Forcefully Converted to Islam in Pakistan. However the Sold Out Media or you call it the Main Stream Fake Media does not bring such news to the notice of people world wide. Whether it is New York Times or Washington Post or BBC or any Main Stream Media in India that has a majority of Hindu Population, NO media brings forward the plight of Christians and Hindus suffering since last 72 years in Pakistan at the hands of Islamic Radicals.

We also covered in details about the draconian Blasphemy laws in Pakistan that are being used as a weapon to persecute Christians and Hindus in Pakistan and convert them into Muslims by the Islamist Radicals in our previous article Christian and Hindus Face Blasphemy Laws, Acid Attacks, Forcefully Converted. Again requesting our readers to read this previous article to know how Christians and Hindus are grossly victimized and forced to convert to Islam on threats of filing Fake Cases under Blasphemy Laws.

We came across a recent article on Forced conversions in Pakistan. With permission of the author Pawan Pandey we are posting the article here without any edits. Here is the link to the source article.

Almost, every week we hear about forced conversions in Pakistan. These conversions to Islam are an assault on Hinduism, on Sikhism and other non-Muslim religions. These mostly follow a pattern and are orchestrated by the same people. Unfortunately, the world does not pay any attention.

There have been a spate of incidents of forced conversions of non-Muslim girls in Pakistan. Rahat Austin is a human rights activist of Pakistan and routinely shares such videos and news on his twitter.

For example, watch this recent video of the mother of a Hindu girl abducted by Muslims in Pakistan.

Of course, the oppression is not limited to Hindus. Sikh and Christians are also the victims of such evil acts. Here is the video of parents of a Sikh girl, Reshma, who was abducted this month itself.

If one follows the timeline of Rahat, one will see hundreds of such cases every year. The modus operandi is such that in all these cases, the return of girl to his parents is impossible.

Mian Mitthu : the Sufi symbol of forced conversions in Pakistan

One of the biggest names associated with forced conversion to Islam in Pakistan is Mian Abdul Haq, also known as Mian Mitthu. He is the Pir at the Bharchundi Shareef Dargah in Ghotki district of Sindh. So much for the narrative of moderate Sufis and fundamentalist Salafis! Both are two sides of same Islamist coin.

Mitthu has been involved in hundreds of abductions and forced conversions of Hindu girls. He was involved in the famous case of Rinkle Kumari in 2012. The abducted girl did not get justice even at the Supreme court of Pakistan. Please note at that time Mitthu was an elected member to the National Assembly of Pakistan !

In 2015, Imran Khan invited him to join his party PTI! He did not join but retains close relations with Imran and Pak military, which has a cantonment near his Dargah. Below are his photos with Imran and Army Chief Bajwa.

He also led the 2019 riots against a Hindu Principle on the trumped up charges of blasphemy. So what is the modus operandi of Mitthu?

His method of forced conversion that Mitthu follows has following elements:-

1. A Hindu girl is abducted. The age of such girls is generally between 11 to 19. Please note that even in India, under Muslim personal law child marriage is allowed! In fact such abductions led to child marriages in India during Muslim rule. This evil as not prevalent in ancient India.

2. She is taken to his dargah (Mosque) and pressured to convert by force. It is easy to convert them as it is a matter of their life and death.

3. As soon as she converts, she is married off to an older man generally as a second wife.

4. The supporters of Mitthu then start the rumor that the girl was already in love with the man and they only helped the girl. It is a marvel that in whole of Pakistan, not one Muslim girl falls in love with a Hindu boy!

5. The parents try to get support from court, the nikahnama (Marriage Contract) of the girl is produced. Even if the girl is produced, she is always surrounded by army of Muslims and cannot make a free statement. Often, due to fear of safety of her parents, she says as she is told. There are heartrending videos of such girls who request their parents to forget them and move to India.

6. As apostasy from Islam is impossible in Pakistan, the girl is now a lifelong prisoner and slave of Muslims.

This is repeated at hundreds of places in Pakistan everyday.

Abduction is not the only way conversion is effected. Like in medieval Islamic states, often the coercion is subtle.

In cricket world, we saw the conversion of Christian Yusuf Yohana to Yusuf Khan. Shoaib Akhtar told how Danish Kaneria was frequently mistreated because he was a Hindu.

During the current crisis due to COVID Chinavirus, poor Hindus and Christians were asked to convert in exchange for food.

The result is mass conversion as happened on 27th June 2020 in Sindh:-

No wonder, minorities of Pakistan desperately want to come to India. However, our liberals and Islamists, who see humanitarian crisis everywhere from Burma to Palaestine, by opposing CAA deny these persecuted people any relief!

Why forced conversions in Pakistan do not become news?

These forced conversions in Pakistan are not mentioned in mainstream news prominently. These are practically absent from global news. foreign bodies only take interest when Christians are involved. Indeed, Christians often get helped by western countries, who lecture India on CAA.

For example, see the case of Asia Bibi, a Christian woman accused of blasphemy. She was scheduled for execution, but due to international pressure was sent to Canada.There are many reasons, news of Hindu persecution is not seen in International or even neighboring Indian mainstream news:-

1. Islam and Christianity believe in a global brotherhood of believers. It means an Islamist in India and another in Israel and third one in USA will consider themselves bound by religion even if they never met. Similar for Christians. They will support their co-religionists, no matter what. Hinduism lacks this quality.

2. The stories of dear or ‘persecuted’ Muslims, even if they are terrorists, and Christians, even if they are aggressors, are presented with a human angle. You will hear how some terrorist in Kashmir was a maths genius and another was son of a headmaster. Al Baghdadi was an austere religious scholar and Osama was a good father etc. Similarly, the Francis Xavior was a saint{although responsible for cruelty on Goans} etc. Stories about Hindus are routinely reported with no human angle. The situation is changing, but it will take time.

3. There is an ecosystem in India, which seeks to undermine Hinduism and promote Islam and Christianity. They are part of academia, film community and journalism. They are the opinion makers. They downplay atrocities on Hindus and promote divisions in Hinduism.

The forced conversions to Islam are not restricted to Pakistan. These happen in many Muslim majority areas in India itself, from Malappuram to Mewat. We must remember the warning of Dr. Ambedkar :-

It is time the government remove the date of 31.12.2014 from the Citizenship Amendment Act, 2016 and declare India to the natural home of persecuted Hindus worldwide.

Hindus, in their individual capacity need to remember that it requires constant efforts to maintain the Dharma. We have to discuss the issue of forced conversions in Pakistan vocally. We have to establish and support Hindtuvta leaning media companies and portals. Wherever we are, in which so ever capacity, we need to work specially for benefit of Hindus. The ‘Chirharan of Draupadi’ shows that even God does not help them who do not make efforts.

About the Author: Pawan Pandey is an Educator based in Dehradun. He is an Engineer by training and a teacher by passion. He teaches for Civil Service Exams as well as for Common Law Admission Test. He has deep interest in politics, economy, culture and all things Indian

Pakistan in the Name of Islam has already killed more Muslims in Balochistan, Sindhudesh, Pashtunistan, Afghanistan, how can Pakistan be called the protector of Islam?

When Pakistan has killed maximum Muslims in Pakistan, and also persecuted all minority religons including Christians, Hindus, Sikhs what right has Pakistan to speak on the internal affairs of its Neighboring India in Kashmir or other Indian Legislation on Citizenship Amendment Act CAA 2019 including granting of Indian Citizenship to religiously persecuted Hindus, Christians, Buddhists, Parasis, Sikhs from Pakistan?

With Pakistan openly joining the Axis of Evil with China, Iran, why is Pakistan not declared an Evil Country and banished by all the International community? When People Condemn what Pakistan is doing against Christians and Hindus, their troll army of million trolls on social media and their paid journalists and politicians use Islamophobia to silence the criticism. How long Islamophobia will be used as a tool to crush the cries of Christians and Hindus condemning Pakistan atrocities on religious minorities?

Why is the Muslim world itself not banishing Pakistan for killing over million Baloch, Pashtun, Mohajir, Sindhi, Ahamadiya, Hazara, Shia Muslims?

Recommended Read: What is Citizenship Amendment Act (CAA) 2019? Why was it required? Why are Jihadist/Western Pseudo-Intellectuals Opposing it?