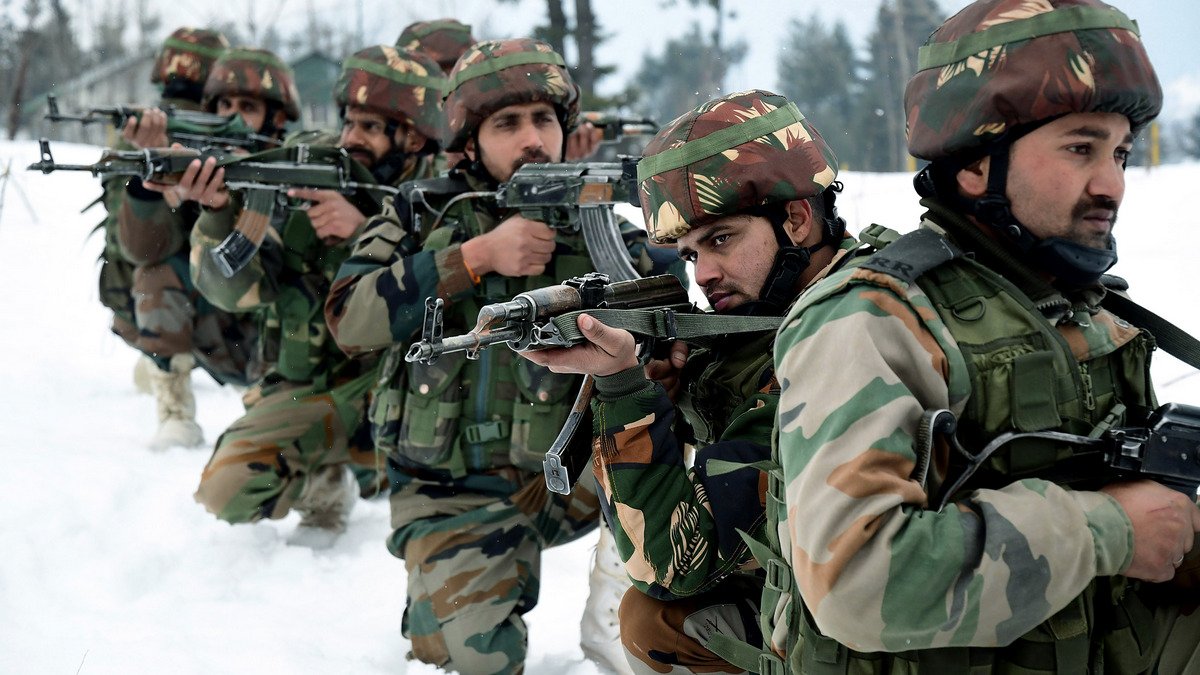 The China -India stand off on border is reported to have been diluted. Both the sides have agreed to give peace a chance. China has conceded to disengage from Galwan Valley, Gogra Hot Spots area of eastern Ladhak and Pangong Tao and pull down the structure it had raised near the border. The de-escalation plan was agreed upon by Lieutenant General Harinder Singh Corps Commander of 14 Corps of the Indian Army and South Xinjiang Military District Chief Major General Liu Lin of China. This was followed by detailed interaction between our National Security Advisor, Ajit Doval and Chinese state councillor and foreign minister, Wang Yi. Consequently, Buffer zone has been created at Patrolling point 14(PP-14) in the Galwan Valley region where clashes took place on 15 Jun 2020. Similar Buffer Zones will be created all along the LAC. How did this happen when the battle environment between the two countries was hotting up? And especially after twenty Indian soldiers were martyred in Galwan Valley skirmish and about 53 Chinese soldiers killed there. The reasons are enumerated below.

Indian Government was not cowed down by Chinese threat. The Chief of Defence Staff , the three Chiefs of Armed Forces, Army, Navy and Airforce, the Director General of ITBP (Indo-Tibetan Border Force) assured the Prime Minister Sh Narinder Modi and Defence Minister Sh Raj Nath Singh that they are well prepared to take on the Chinese along the entire Indo- China border and simultaneously keep our border safe from Pakistan. The Government on its part quickly got into mode of sanctioning, purchasing and procuring weapons needed by the forces. Indian Navy’s steel patrol boats with Gun Mounts were procured and transported from Mumbai on C-17 transport plane for defence of Pangong Tso to match Chinese steel boats. Daulat Beg Oldie Airforce base for Siachin was made fully operational for our fighter planes Sukhoi, Su-30 MKI, Miraj -2000 and soon to be added Rafale multirole fighter aircraft with latest missiles and nuclear head. They can easily operate from this base deep into China. This ensures our Air superiority at high altitude. We have Spice -2000 missiles, Barak 8 missile imported from Israel which is state of art, can destroy enemy missile in Air and all targets within 500 Km and soon arriving will be missile S-400 from Russia. The Infantry and artillery are fully equipped with latest weapons and Guns. Bofors have been deployed on border heights. Communication by road of men and material has been improved for quick and smooth move. In this scenario China dare not take India lightly. Today India is militarily superior to China. Our troops are much superior to China in mountain warfare even at icy heights.

South China Sea is extremely crucial for China. It is desperately trying to have full control here because nearly three trillion-dollar trade passes through this sea in a year. China claims 90% of South China Sea. whereas Brunei, Malaysia, Philippines, Taiwan and Vietnam also lay claim on it. To send a clear message to China that they cannot lay full claim on it, America has deployed two nuclear powered aircraft carriers, USS Nimitz and USS Ronald Reagan.

It is for the first time since World War two, when Russia and America fought common enemy the Nazi Germany, that these world’s two super military powers have come together to support India against China. China is perceived as World’s enemy number one by America as stated by Donald Trump, the President of America. Recently a group of American Intellectuals have suggested that just as threat from Stalinist Russia resulted in formation of NATO, there is an urgent need for America and Europe to form a forum to repulse Economic aggression by China. Florida Congress man Ted Yoho said, “Now is the time to tell China that enough is enough”. USA has also passed the National Defence Authorisation Act and will be training Indian, Australian and Japanese fighter pilots in Guam an Island which could be used as launch pad for attack in mainland China. Philippines too warned China that if they transgress in Philippines Sea, they will be met with extremely server response. Philippines have defence agreement with America. France has come up with Military support to India and so also Britain. Japan has said that if China attacks India it will support India and it will be last war that China will be fighting. It said that it opposes any unilateral change in status quo which China is resorting to in India. Australia increased its Defence budget to fight China if need arises. Myanmar has accused China of helping rebel groups in Arakan hill tracts of Myanmar. In short China has been isolated in the world forum. The only state to support China is Pakistan, which itself is a failed state. for obvious reasons.

China has not only been isolated in the world but within China also the disgruntlement is brewing. There is mounting pressure on Government of China to declare their casualties figures as to how many of their soldiers were killed by Indian Army during Galwan Valley clashes like India did and also take care of their soldiers who lost their lives , similar to what India does. The Chair of President Xi Jinping, who has declared himself leader for life, too is on shaky grounds. He is likely to be questioned by Chinese on Corona and India. We may witness upsurge for democracy soon in China. A repeat of Tiananmen square demonstration is on cards, sooner than later. China will do well to remember that India loves peace but cannot bend when it comes to its National integrity. India of today is well prepared to pay back any act of misdemeanour on its borders to anyone who meddles with India , with compound interest.

About the Author: Article is written by Colonel (Retd) Ranbir Singh Jakher in Indian Army

Will China give up the compulsive imperialistic urges that the world has witnessed in the last one decade? Or will this habitual offender just had wet dreams and this lizard need to be taught how to live in a civilized society?

This victory of India has certainly become a role model for other smaller countries, who have got courage to standup to this paper lizard and look into the eyes.

Once the world starts taking an international action against the Lizard for killing 548,000 innocent civilians worldwide, this Facist Lizard will never be able to rise again and try to gobble lands and resources of other countries.