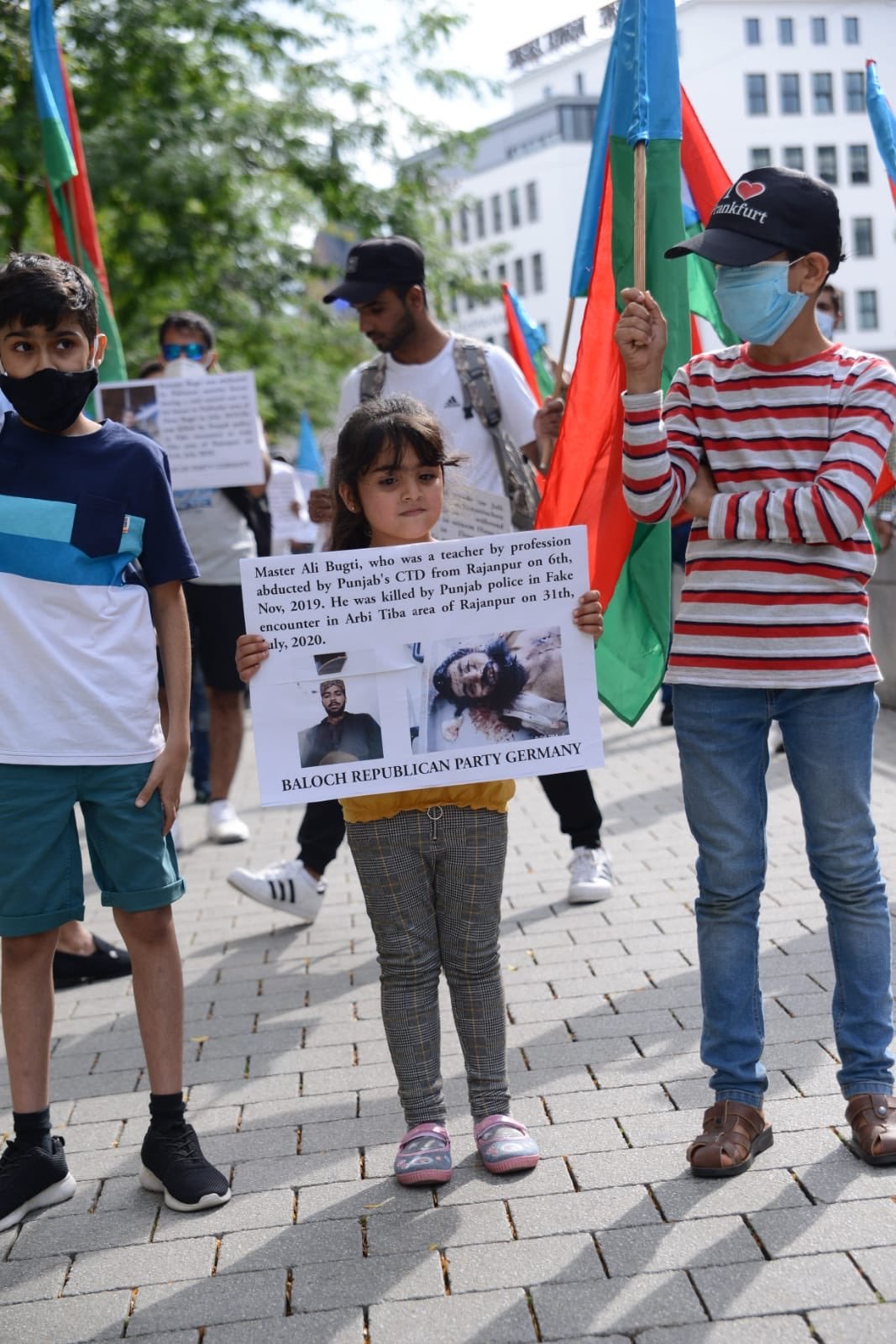 A check post of Pakistan army situated at Manguli in Mashkay, was attacked by Freedom Fighters using snipers and heavy weapons on Thursday 30-July 2020 night. In the action three Punjabi Pakistani army personnel were killed and one was injured.

The second attack took place on Friday 31-July 2020 morning in Jhaoo area was an ambush on a patrolling convoy of Punjabi Pakistan army killing 4 Punjabi Pakistan Army personnel on the spot and injuring two. According to local sources, Punjabi Pakistani forces have received heavy casualties in both the attacks. However, as usual Pakistan military officials have not confirmed the attacks yet. They account for their losses later in some accidents rather than admitting that their forces were killed in action by the Balochistan Freedom Fighters.

Accepting responsibility for another attack, Maj Baloch said; “A Pakistani army patrol team was ambushed with automatic heavy weapons by Sarmachaars (Freedom Fighters) at Nondara area of Jhaoo at 8 am on Friday. The attack took place while a group of ten on-foot Punjabi dominated Pakistan army personnel were advancing towards Daraj Khaor (river). In the fierce ambush, four Punjabi Pakistan army personnel were killed on the spot and two others were injured.”

“These attacks will continue till the independence of occupied Balochistan,” the spokesperson added.

5 Civilians of Bugti tribe of Balochistan, abducted from different locations and Murdered by Punjabi Pakistan Army in Fake Encounters.

Five members of the Bugti tribe of Balochistan have been killed in an allegedly fake encounter with the Punjab police in Rajanpur city of Punjab, and their dead bodies have been thrown in Arbi Tiba area of District Rajanpur.

The spokesperson for the Baloch Republican Party (BRP) Sher Muhammad Bugti said in a media statement that the Bugtis were forcefully abducted from different cities of Pakistan by the CDC and were subsequently killed in confinement. He said that the forces threw their bullet-riddled bodies, and then falsely claimed that these people were killed in a confrontation.

Sher Muhammad Bugti appealed to the Human Rights Commission of Pakistan (HRCP) and other global rights groups to take notice of the Pakistani army’s “carnage” in Sindh, Balochistan and Gilgit Baltistan.

The spokesperson for the Balochistan National Movement (BNM), condemned the incident and said that the Bugtis were killed by the Pakistani forces in a fake encounter. He said that the persons were abducted by the Pakistani forces from different cities of Pakistan confined in their torture cells. He said that the Baloch are being killed, plundered and subjected to inhumane torture by the state on a daily basis. The Baloch are suffering through a Holocaust, the spokesperson said.

He further stated that the global rights groups are meant to safeguard the rights of the people, and, therefore, they must take notice of the crimes committed by the Pakistani state. As the “ethnic cleansing” of the Baloch is accelerating, the responsibility of the rights group is mounting, he concluded.

Related Article Balochistan Human Rights Report June 2020 : Undeclared Martial Law Is In force in Balochistan, all state administration is in the hands of the army – Dil Murad Baloch

Protests and demonstration are being held by Baloch Republican Party in Hanover city of Germany against the silent recent killings of five abducted Bugti tribesman in Rajanpur by the Punjabi Pakistan Army.

Several Human Rights groups are condemning Punjabi dominated Pakistan Army committing Genocide of the Baloch ethnic groups. This is nothing but making the entire Baloch ethnic tribe extinct by following a systematic plan.

International Main Stream News Media like New York Time, BBC, Wall Street Journal and the other big names that have a lot of Pakistani Journalists will never report about these Human Rights Abuses by Punjabi Dominated Pakistan Army committing Genocide in Balochistan.

As President Trump calls them “Fake News Media Houses”, they are diverting public attention to Israel or other countries but hiding Genocide being done by a Islamist Radical FATF Grey Listed Pakistan. Does that mean that if a Radical Islamist Country commits complete annihilation of certain ethnic groups or races, that is considered OK for the Leftist Liberals while they go gaga over non-Islamic Nations?

What about the media houses in neighboring India that is arch rival of Pakistan? Main Stream Media Houses in India are also Leftist/Liberals and have sympathies for the Genocidal Maniac Punjabi Pakistan Army and as such put these kind of news of Genocide and Fake Encounters by Punjabi Pakistan Army under the carpet.