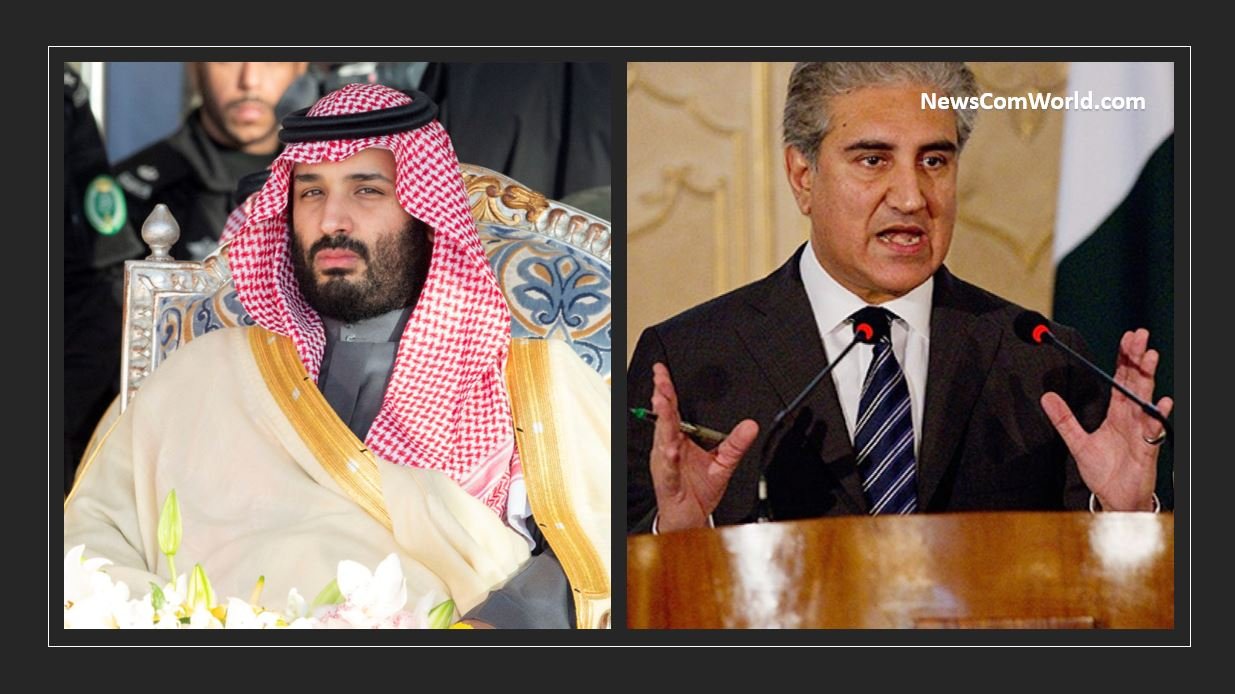 Saudi Arabia has ended a loan and oil supply to Pakistan due to Pakistan’s criticism that the Saudi-led Organisation of Islamic Cooperation (OIC) is not doing enough to pressure India on the Kashmir issue, marking a new milestone in the deteriorating relations between the two nations.

Pakistan was last week forced to repay a Saudi loan of $1 billion that the kingdom called in after Pakistan insisted it be allowed to lead the OIC’s support for Indian Union Territory of Jammu and Kashmir, that India converted into a Union Territory by amending its Constitution and abrogation of Article 370 of Indian Constitution by India last year.

Pakistani Foreign Minister Shah Mehmood Qureshi appeared on Pakistan’s national television in ARY news and while showing their love for Saudi Arabia in veiled remarks made mockery of Saudi Arabia and said Saudi Arabia oil assets are worth zero due to the present pandemic and falling oil prices and Saudi Arabia is in need of funds. He further said, Pakistan paid back $1 Billion to Saudi Arabia to help them because Saudi Arabia was going to financial crisis and they helped Saudi.

Here is the Video for our readers in the local language.

The original loan was a part of a $6.2 billion package announced by Saudi Arabia in November 2018, when Islamabad was struggling with a rapidly expanding trade deficit and declining foreign reserves. The package included $3 billion in loans and a $3.2 billion oil credit facility. Saudi Arabia at the time was something of a white knight, providing much-needed cash before the International Monetary Fund approved a $6 billion bailout in July 2019. Those deals were then signed when Crown Prince Muhammed Bin Salman made a visit to Pakistan in February last year.

According to Pakistani media, the oil credit facility was suspended in May, with the Saudis later asking Pakistan to also repay the loan in full.

Bin Salman’s need for Pakistan hinders his ties with India

He went further by warning that Pakistan would be forced to take it into its own hands, saying that “If you cannot convene it, then I’ll be compelled to ask Prime Minister Imran Khan to call a meeting of the Islamic countries that are ready to stand with us on the issue of Kashmir and support the oppressed Kashmiris.”

The latest developments have also cast doubt on the future of memorandums of understanding that call on Saudi Arabia to invest $20 billion in Pakistan; they were signed during Saudi Crown Prince Muhammad bin Salman’s visit to Pakistan in February 2019.

The proposed investments include $10 billion in an oil refinery in Gwadar, a port city that because of its strategic location at the mouth of the Gulf of Oman has made it a focal point of the $50 billion China-Pakistan Economic Corridor, itself a big part of China’s much wider Belt and Road Initiative.

Experts believe Saudi Arabia is reluctant to become entangled in the efforts of Pakistan and China to contain India.

Einar Tangen, an author and economic affairs commentator based in Beijing, maintains that China’s approach to the Islamabad-Riyadh tiff is more practical than ideological. “China needs multiple land and sea routes to protect its economic interests,” he told Nikkei, “hence regional divides will not serve China’s interests.”

Analysts fear the Islamabad-Riyadh spat will make Pakistan further reliant on Chinese loans. “With China, Pakistan has put all its eggs in one basket at this stage,” Garlick said, adding that Pakistan has a difficult task ahead — finding more allies.

Though Pakistan reportedly made attempts to push its narrative of raising the issue of rising Islamophobia in India in its agenda, Maldives, an ally of India, thwarted the move and said, “Isolated statements by motivated people and disinformation campaigns on social media should not be construed as representative of the feelings of 1.3 billion.”

Maldives Permanent Representative to the United Nations, Thilmeeza Hussain, said that alleging Islamophobia in the context of India would be factually incorrect.

“It would be detrimental to the religious harmony in the South Asian region. Islam has existed in India for centuries and it is the second-largest religion in India, with 14.2 per cent of the country’s population,” she said.

Isn’t Pakistan is one step closer to becoming Chinese Colony? Slowly every country of the world except the Axis of Evil countries including China and Turkey have alienated Pakistan. How long the Axis of Evil Countries support Pakistan?