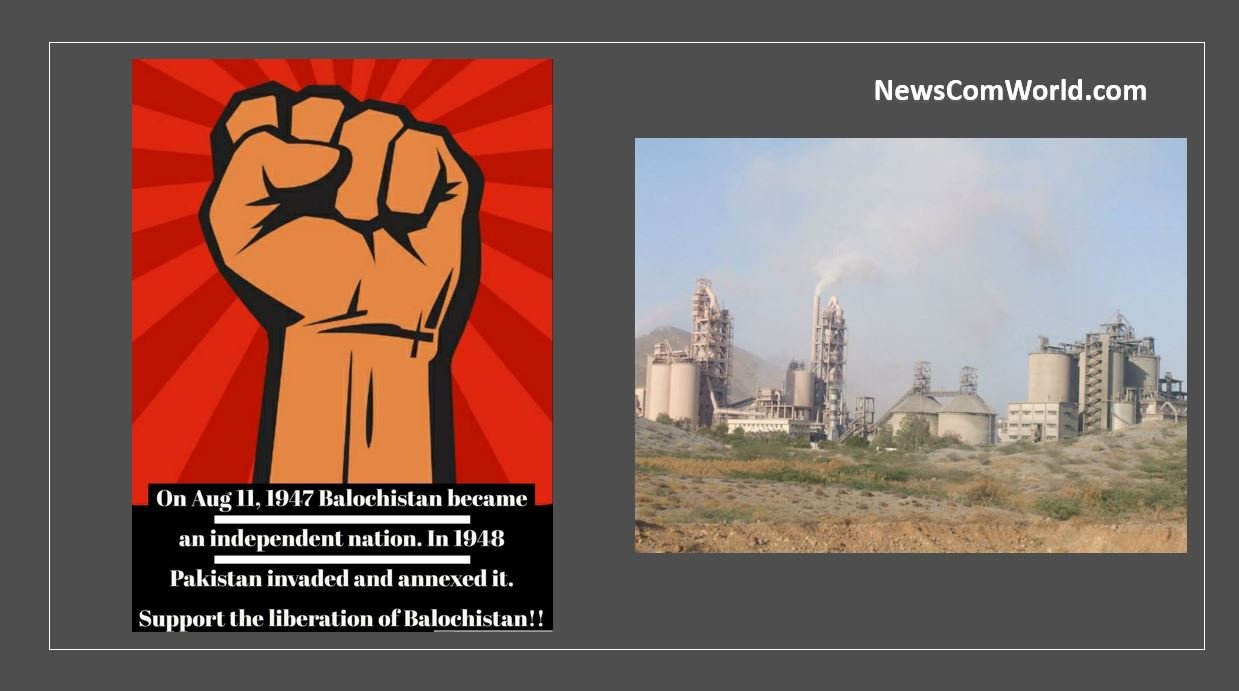 Baloch Freedom Fighters have carried out multiple blasts and attacks on Pakistan Army convoys and other targets in Balochistan. They have also given warning to all the civilians to not to participate in any 14th August celebrations and maintain distance from Pakistan Army and the stalls selling Pakistan Flag and other material.

Baloch Liberation Army (BLA) ‘Sarmachars’ (Freedom fighters) on night of 10th August, 2020 detonated a remote-controlled bomb on a Pakistani paramilitary force, Frontier Corps’ vehicle on Teri Road in Balochistan’s Mastung District, when they were on a military patrol in Baloch areas. The Baloch Liberation Army claims responsibility for the attack.

In the bomb attack a military patrol vehicle was severely damaged, which resulted in killing and injuring several personnel.

BLA sarmachars (Freedom Fighters) attacked a workshop at the Attock Cement Factory in Sakran, severely damaging the workshop and injuring several others.

Baloch Freedom Fighters have already warned the factory to stop Baloch economic exploitation, but by setting up a factory on Baloch soil, which is run by Baloch resources, and Pakistan recruits people from afar and brings them to Balochistan and change the demography. Let alone the right on property, Baloch locals don’t even get a labor job.

Those injured in the blast were parts of the state’s exploitative machinery, who were brought from far-flung areas to take part in plundering Baloch wealth, who remained involved in the exploitative process despite warnings from Baloch Freedom Fighters.

The Baloch Liberation Army again warned the Attock Cement Factory to refrain from its exploitative plans immediately, otherwise there will be more intensive attacks in the future.

BLA claims responsibility for blowing up 14 August stall in Quetta

Baloch Liberation Army (BLA) fighters bombed a shop on Brewery Road in Quetta on Wednesday, 12-August 2020. The shop had set up a stall for the occasion of 14th of August, the National Day of the occupying enemy. BLA takes responsibility for the attack.

The Baloch Liberation Army (BLA) has already issued stern warnings that the occupying state of Pakistan is using force, coercion, threats, and greed to enforce her so-called Independence Day celebrations on the Baloch nation in order to distort the very foundations of the Baloch identity, history and the ideological essence of the freedom movement. Therefore, BLA will not allow any such events or so-called August preparation stalls in Balochistan, they will be attacked. In this regard, people have been warned to stay away from such events and stalls and keep a safe distance.

In spite of these clear warnings, such stalls have been set up at the behest of the enemy state and some elements are not keeping a distance from them, so they are fully responsible for being targeted in such attacks.

In both the bomb attacks on 14-August stalls in Quetta and the previous one in Hub, the intensity of the blasts were deliberately kept low to minimize casualties, which again was a warning. Baloch people must stay away from such places since the scale of the next attacks will be intensified.

BLA claims responsibility of attacks in Turbat, Nushki, and Mastung

Baloch Liberation Army (BLA) Sarmachars (Freedom Fighters) on 13-August 2020 targeted convoys of Pakistan Army in IED blasts in 2 different cities of Balochistan; Turbat and Noshki and carried out a grenade attack on a stall set up for 14 August in Mastung city. The BLA claims responsibility for all three attacks.

BLA Sarmachars (Freedom Fighters) targeted a Pakistani army convoy in the Apsar area of Turbat in morning of 13-August 2020 in an IED attack when they were heading towards the Abdarak camp.

The IED attack severely damaged the forces’ vehicle, as a result of which multiple enemy soldiers were killed and wounded. After the attack, the occupying army personnel opened indiscriminate firing on the nearby Baloch population. Meanwhile, the enemy army captured a young Baloch named Muhammad Hayat in front of his mother and sister and shot him dead after ruthlessly torturing him. It has always been the MO of the Pakistani army when they are defeated by Baloch fighters; they take revenge in the form of butchering the innocent Baloch citizens.

In another attack on 13-August 2020 in Noshki, Balochistan, Baloch Freedom fighters targeted a convoy of Pakistani troops when they were heading out from their main camp to the city.

Whereas in the third attack on Thursday 13-August 2020, Baloch Freedom fighters targeted a stall set up for 14 August in Mastung city. The attack was carried out with a hand grenade bomb, as a result, the stall was completely destroyed.

This attack is a continuation of BLA’s attacks on events and stalls of August 14. These attacks will continue with more intensity. Baloch people should stay away from any such stall or any event (held at the behest of the occupying army) to protect themselves from any possible loss of life and property.

11-August : Why is it important for Baloch People?

11th August marks the end of British rule in Balochistan. On August 4,1947 Khan of Kalat Mir Ahmed Yar Khan, then ruler of Balochistan, concluded a Standstill Agreement with leadership of Pakistan wherein Kalat (Balochistan) was recognized as an independent state which was officially announced from Delhi on August 11,1947.

It was reported by The New York Times on August 12,1947. After independence, the Khan of Kalat promulgated a democratic constitution, formed a parliament comprised of 2 houses- the House of Elders and the House of Commons.

Will the International community lend a helping hand to the indigenous freedom struggle of Baloch Nation from the Fascist Islamist Radical Punjabi Pakistan?

Would the International community help Baloch people get rid of China from exploiting their natural resources?