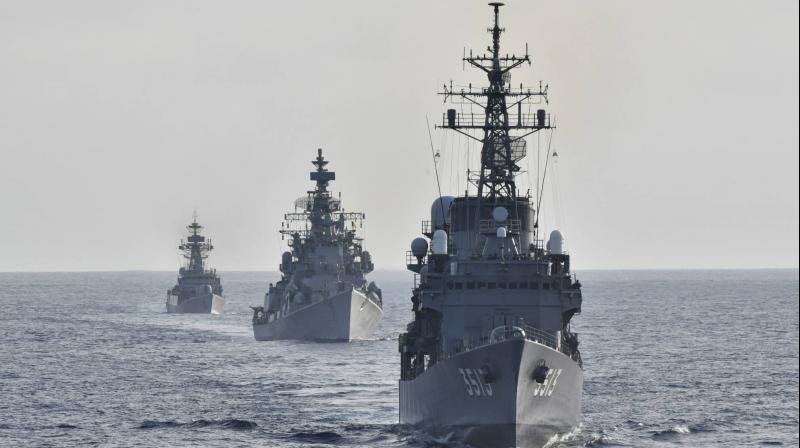 As per the press statement by Indian Ministry of Defence on 10-September 2020 12:08 PM IST (Indian Standard Time), India and Japan signed an Agreement between the two countries for Reciprocal Provision of Supplies and Services between the Armed Forces of India and The Self-Defense Forces of Japan. The agreement was signed yesterday i.e. Wednesday 9-September 2020 by Defence Secretary of India, Dr Ajay Kumar and Ambassador of Japan Mr Suzuki Satoshi.

This agreement establishes the enabling framework for closer cooperation between the Armed Forces of India and Japan in reciprocal provision of supplies and services while engaged in bilateral training activities, United Nations Peacekeeping Operations, Humanitarian International Relief and other mutually agreed activities.

The agreement will also enhance the interoperability between the Armed Force of India and Japan thereby further increasing the bilateral defence engagements under the Special Strategic & Global Partnership between the two countries.

This Agreement is similar to the four other logistics agreements India has signed with partner countries, viz., Logistics Exchange Memorandum of Agreement (LEMOA) with the United States (US) in August 2016, Implementing Arrangement Concerning Mutual Coordination, Logistics and Services Support with Singapore in June 2018, Agreement for the Provision of Reciprocal Logistics Support between the Armed Forces with France in March 2018, and, most recently, Agreement to Extend Logistical Support to each other’s navies with the Republic of Korea (ROK) in September 2019.

Significance of the Bilateral Agreement

will be an important milestone in bilateral relations. As the name signifies, the Agreement will facilitate reciprocal usage of logistics facilities by the militaries of both nations during visits to each other’s ports, bases and military installations.

It is an administrative arrangements which help to facilitate the replenishment of fuel, rations, spares (where required), and berthing and maintenance for the other nations’ warships, military aircraft and troops during routine port calls, joint exercises and training carried out in each other’s countries as well as during humanitarian assistance and disaster relief (HADR). These agreements simplify the bookkeeping during such events and ensure that the forces of the visiting countries are benefited by using the host nation’s existing logistics network, which additionally reduces overall costs and saves on time.

This agreement feed into the Indian Navy’s requirement to maintain round-the-clock and round-the-year presence in its primary areas of interest, the Indian Ocean Region (IOR) and, going forward, the Indo-Pacific. The Indian Navy has been maintaining presence through its concept of mission-based deployments, wherein over a dozen major surface combatants are deployed across the length and breadth of the IOR.  These deployments have contributed, among other things, to significantly enhance India’s maritime domain awareness (MDA) picture, facilitate tracking of vessels of interest and also to be the first responder in case of a developing High availability disaster recovery (HADR) scenario.

These Agreements may also be helpful in the event of any country going on the war, the other country can assist with material support.

This Agreement is considered important because of Chinese threats of war on all its neighbors.

Similar agreements are in pipeline with a few more countries.