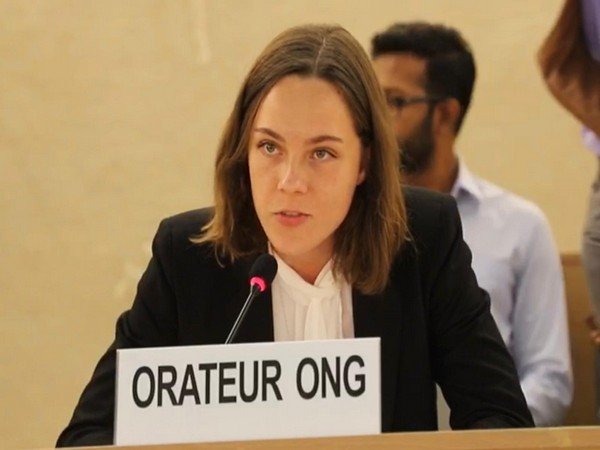 While The Financial Action Task Force (FATF) the global money laundering and terrorist financing watchdog is turning its blind eye towards Pakistan, a European think-tank exposes Pakistan at UN for harboring terrorists.

The European Foundation for South Asian Studies, a think-tank based in Amsterdam has exposed Pakistan for harboring terrorists in its territory during the ongoing 45th Session of the UN Human Rights Council in Genava.

“Respect for human rights is universal and paramount and applies to all countries, including Pakistan. And, Terrorism inherently undermines the promotion and protection of human rights.”

She added, “In July 2019, Pakistan’s Prime Minister Imran Khan told the US Institute of Peace in Washington that his country hosts 40,000 terrorists. In June 2020, Prime Minister Imran Khan referred to Al-Qaeda leader, Osama bin Laden as a “Martyr” in the country’s Parliament. Last month, Pakistan’s Ministry of Foreign Affairs acknowledged the presence of UN Designated Terrorist, Dawood Ibrahim on its territory”.

Veronica said that Pakistani officials have time and again confessed; the country continues to be a safe haven for terrorists and terrorist organizations. “The UN Security Council’s consolidated list of terrorist individuals and entities includes 146 entries from Pakistan. With all due respect, I am compelled to ask. Why is Pakistan still a member of this august Council?”, she said in her intervention.

Related Article: Imran Khan Speech at UNGA – Was it a Threat, or Rationalizing Terror? Should Pashtun and other Marginalized minorities Pick up guns?

Why is the International community not taking decisive action against the Terrorist Producing country of the world by Blacklisting by the Financial Action Task Force (FATF)?

Why is Pakistan given a seat at the United Nations Human Rights council?

Is the Chinese influence over the United Nations that all the major UN bodies have Chinese and Pakistani presence that doesn’t care for Human Rights of minorities and other religions?