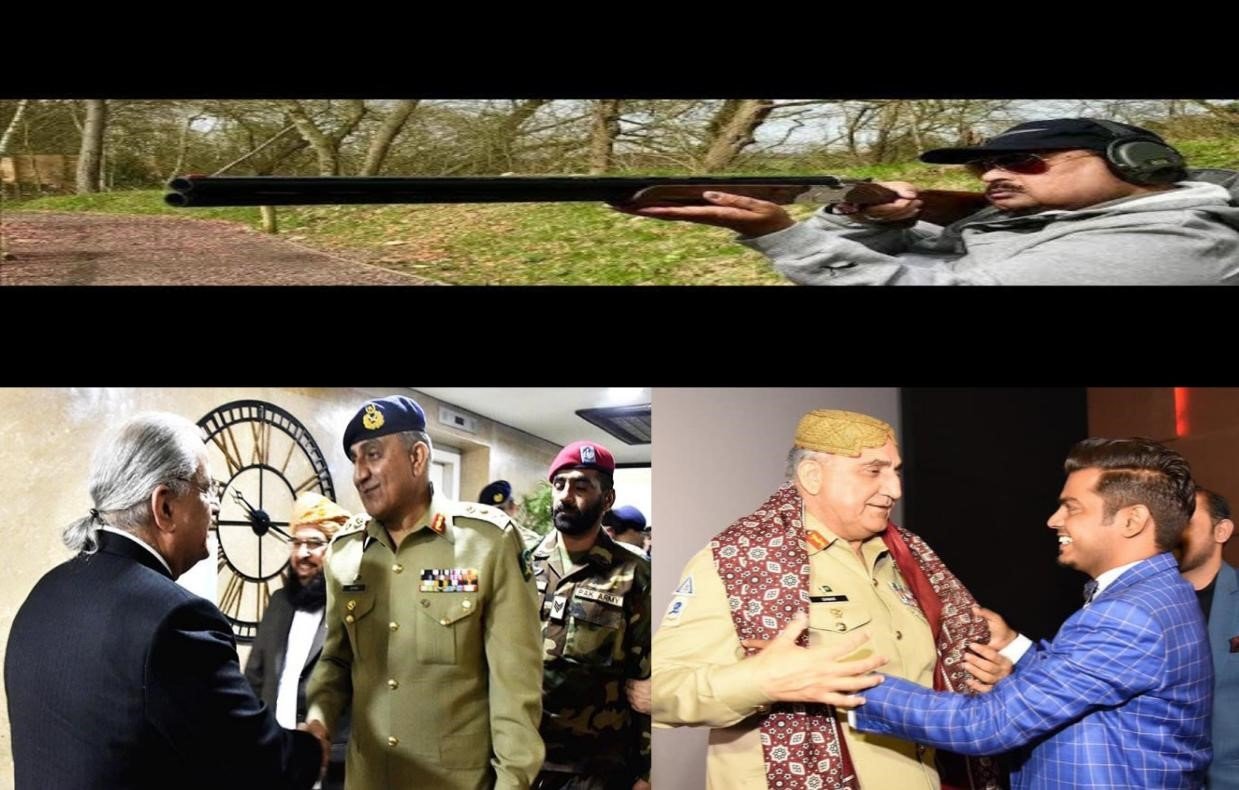 Leader of Sindhudesh, Altaf Hussain exposes Chief of Pakistan Army General Bajwa’s entry into politics via his tweet in which he shared a leaked letter written by General Bajwa that was leaked by Sindh Rangers to Altaf Hussain as no other politician can be trusted in Pakistan who can speak truth.

It has been an open secret that Pakistan army has always controlled the political setup of Pakistan irrespective of the fact whether it is directly in power through a coup or is using mask of any political party in a sham democracy.

Recently Nawaz Sharif after getting fed-up from his isolation from the loot of Pakistani resources declared that he will be openly fighting the military demanding his share in the loot. Pakistan Muslim League (Nawaz) PMLN even formed an alliance with other major parties including the Pakistan Peoples Party (PPP) headed by the most untrustworthy person Asif Ali Zardari, knowing very well that Zardari is getting his due share in the loot but is continuously poked by the army, hoping that Zardari is also similarly fed up from constant poking, former Prime Minister of Pakistan Nawaz Sharif decided to join the Pakistan Democratic Movement (PDM) which is organizing rallies across Pakistan.

This open defiance by one of his own fellow punjabi has rattled Bajwa so much so that he decided not to use the mask he manufactured (Imran Khan Niazi) and proceeded to settle his own score.

Leader of Sindhudesh movement Altaf Hussain has exposed the design of Gen Bajwa by publicly releasing a letter signed by Gen. Bajwa himself directing DG rangers Sindh to ensure son-in-law of Nawaz Sharif, Capt. (retd.) Safdar is arrested two days ahead of planned gathering in Karachi.

Here is the copy of the secret letter released by Leader of Sindhudesh Altaf Hussain.

By personally directing his subordinate to arrest son-in-law of Nawaz Sharif, Gen Bajwa has made his stand very clear to Nawaz Sharif that army will not buckle down and surrender to his assumed popularity. It was expected that arrest of Capt. Safdar from his room where he was sleeping along with his wife in wee hours will cause heart-burns and could very well affect the continuation of Fauji foundations business partners Pakistan Peoples Party in Pakistan Democratic Movement (PDM), hence immediately after arrest was made, Pakistan Peoples Party (PPP) was asked to leak the fake news that Inspector General of Sindh Police (highest office of Sindh police) was kidnapped by Rangers so as to mitigate any unwanted effect on PDM. It is important to mentions that continuation of PDM rallies and associated drama by Government wherein they pretend to oppose the rallies must continue so that enslaved population of Pakistan continues to remain in delusion of political web created meticulous by ISI and do not revolt in unprecedented increase in commodities price and total failure of Project Imran at all fronts. Pakistan Democratic Movement (PDM) is the only face saver exit Pakistan Intelligence Agency ISI has from project Imran.

The only miscalculation done by Gen Bajwa is denying share of loot to Nawaz Sharif, Gen Bajwa underestimated resolve of Nawaz Sharif in getting his due share, and now he is forced to fight his battle on his own. Unfortunately for Gen. Bajwa, Leader of Sindhudesh once again stood for the people of Sindh and exposed the truth behind arrest and subsequent release of Capt. Safdar immediately after Karachi gathering of Pakistan Democratic Movement (PDM), thereby once again Leader of Sindhudesh Altaf Hussain sabotaged the sinister game plan of Pakistan army. It is amply evident that only genuine and authentic leader in Pakistan today is Altaf Hussain and as a consequence, ISI has banned all media/news channels in Pakistan from publishing/broadcasting any statement from him.

How long Pakistan Army will stage manage the Political drama and pull the strings to make it look like a working Democracy to fool the International community?

When will the Pakistan Public wake up to the nefarious designs of Pakistan Army Generals looting the public for decades?