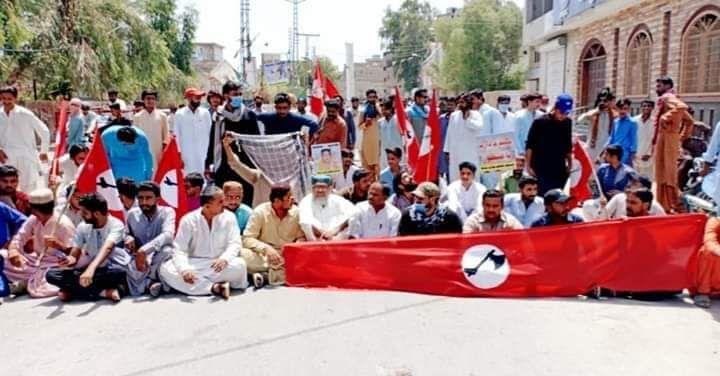 As always, no one is discussing the report on enquiry about the incident that occurred on the night of 18/19 October caused great heartache and resentment within all ranks of Sindh Police. People of Sindh had forgotten that the democracy was murdered in Sindhudesh and Sindh Inspector General Police (IGP) Mushtaq Mahar was kidnapped at 4 AM by Pakistan Rangers and taken to military office where he was forced to issue arrest orders for Safdar, husband PML-N Vice President Maryam Nawaz, for allegedly chanting slogans such as, “Give respect to the vote!”. Reportedly, these slogans are viewed in Pakistan as a strong criticism against Pakistan’s military, which has often ruled Pakistan directly or indirectly for the last seven decades. An FIR was registered against Safdar, Maryam and 200 others for ‘violating the sanctity’ of the grave.

As we mentioned, top brass of Sindh Police had applied the leave for 60 days. However on assurance of COAS, they had postponed the mass leave on the assurance that an enquiry will be conducted and a report will be submitted within 10 days.

On 20-October 2020, Sindh Police with twitter handle @sindhpolicedmc had tweeted, “IG Sindh has decided to defer his own leave and ordered his officers to set aside their leave applications for ten days in the larger national interest, pending the conclusion of the inquiry.”

Disallustioned by Fauji Foundation and Pakistan Army, As 10 days deadline to give report as ordered by COAS is over and no report came in.

As always the enquiries and timelines are just to ease the public anger and postpone it to a future date by which time public would even forget and Fauji Foundation and Pakistan Intelligence Agency ISI would be able to divert their attention to new issues.

Pakistan Intelligene Agency ISI, Fauji Foundation and Imran Khan had actually been able to successfully divert public attention from the incidents in Sindh towards France. Rants by Pakistan Prime Minister Imran Khan against France saw protests all over Pakitan against France and they started a campaign to boycott French products despite the fact that Pakistanis are too poor to afford French products and Pakistan does not have an ambassador in Paris.

Sindh police is now contemplating to join movement for independence of SindhuDesh and hoist flag of independent SindhuDesh over every police station in Sindh.

Ten days are over & no report was released as ordered by COAS. He was fooling us.

Altaf Hussain had already exposed, that the arrest of Safdar was ordered by Bajwa himself that’s why IG was kidnapped.

If Sindh Police has iota of shame left they will join Sindhudesh Independence Movement.

111 Brigade is a guarantee for bloodless coup and civilians are never out of bound for army. PM/CJP can be arrested within minutes and no one can say a ward.

When call from unknown number goes to Chief Justice of Pakistan, he can only ask Pakistan Intelligence Agency ISI to investigate which made that call.

By ensuring 111 Brigade is always dominated by ISI and does not have enough resources to support political leadership, ISI has effectively taken control of Pakistan. Judiciary always dances on their tunes because there is no agency which can protect them… Glaring example A senior Islamabad High Court judge, Justice Shaukat Aziz Siddiqui accused the country’s top spy agency of being involved in “manipulating the judicial proceedings” in Pakistan.

Why does army need to be in control of Pakistan? Because Pakistan army is not a professional Army, but a business conglomerate with more then $100 billion turnover. Just like East India Company needed military presense/control to run smooth spices trade, similarly Fauji foundation also need to have absolute control over entire resources of Pakistan to run smooth business.

History is proof. Only liberation of SindhuDesh can liberate civilians from continued rule of company bahadur.

Now that Sindh Police has itself experienced utter insult wherein the department itself was crunched under company’s (Fauji Foundation) boots, they must demonstration some spines and raise the flag of independent SindhuDesh over each police station as mark of protest if not for anything else.