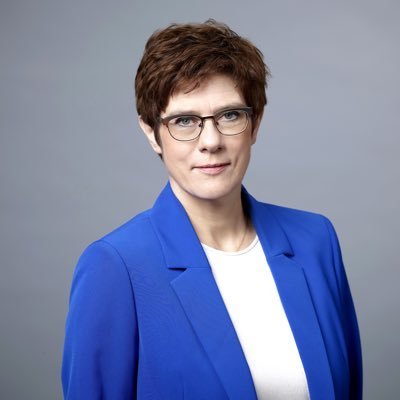 While the Quad alliance talks between United States of America, Australia, India and Japan are going on, Germany forms an alliance with Australia to manage China’s Influence in the Indo-Pacific Region. One by one, democratic governments across the globe are hardening their stance on China. What started in Australia and the United States has spread to India, Canada and the United Kingdom.

German officers are expected to be deployed with the Australian Navy and a German frigate will patrol the Indian Ocean under Berlin’s plan to manage China’s influence in the Indo-Pacific region.

Annegret Kramp-Karrenbauer, the German Defence Minister, said the Indo-Pacific had become crucial to the world’s well-being.

“We believe that Germany needs to mark its position in the region,” she said in an exclusive interview to an Australian newspaper, The Sunday Morning Herald.

Kramp-Karrenbauer, popularly known by her initials AKK, said that Europe had become increasingly aware of China’s economic agenda and geopolitical tactics in the past year.

“China is an important trading partner for Germany and we have strong economic ties which are in the interest of both sides,” she said.

“At the same time, we do not turn a blind eye on unequal investment conditions, aggressive appropriation of intellectual property, state-subsidised distortion of competition or attempts to exert influence by means of loans and investments.”

In 2018 the 58-year-old became the secretary general of the Christian Democratic Union, Germany’s largest political party. Subsequently she was touted as a successor to Chancellor Angela Merkel. However, in February she announced she would not run for chancellor in the expected 2021 election and would relinquish the party leadership.

Kramp-Karrenbauer is the first German minister to confirm publicly that restrictions on Chinese telecommunications giant Huawei would effectively exclude the company from Germany’s 5G network.

“Germany is, in principle, open to investment from all sides. But if the technology offered to us is not beyond reproach, it cannot be used,” she said.

“The political ramifications would simply be too grave. China is a country that understands very well the political dimension of IT networks and data flows. I am sure our counterparts in Beijing understand that we Europeans can only operate technology we trust.”

Australia was the first western country to ban Huawei over national security concerns in 2018. The United States and Britain have since followed suit.

She said a German naval presence in the Indo-Pacific would help to safeguard the rules-based international order. The region stretches from the Indian Ocean to the Coral Sea and includes India, China, Japan and Australia.

“We hope to be able to deploy next year,” she said. “We will be spending more on defence in 2021 than in 2020 despite the fact that [coronavirus] has hit our budgets. Now the key is to translate this into real muscle.”

Kramp-Karrenbauer would not comment specifically on whether the frigate would conduct freedom of navigation exercises in the South China Sea, where China has made territorial claims that are disputed by countries across Asia, the European Union, Australia and the US.

“Given the rising security challenges in the Indo-Pacific region, it is my goal to intensify our bilateral and multilateral collaboration. That could include, for example, the embarkation of German officers on Australian Navy units – a project that is being negotiated as we speak,” she said.

Germany is working within NATO to expand relations with like-minded states such as Australia in the Indo-Pacific, Kramp-Karrenbauer confirmed. The alliance has historically involved 30 North American and European countries.

“We share the same values, principles and interests. As a consequence, we stand united against those who challenge us,” she said.

“I am convinced territorial disputes, violations of international law and China’s ambitions for global supremacy can only be approached multilaterally.”

The comments by Kramp-Karrenbauerare are the most direct by a German or European minister on China to date. China is Germany’s largest trading partner and Germany has historically opted for a more cautious foreign policy and defence outlook since World War II.

Merkel has faced criticism from German MPs and within her party for not speaking out strongly enough on Beijing’s new security law imposed in Hong Kong and the detainment of Muslim Uighurs in Xinjiang.

Europe is also increasingly concerned about the future of Taiwan after Beijing imposed new national security laws on Hong Kong, increased its military presence in the Taiwan strait and released a stream of propaganda videos preparing the Chinese public for a potential invasion.

The Chinese Communist Party reinserted the word “peaceful” in its desire to unify with Taiwan through its Five Year Plan last week, after omitting it in May.

“Anything outside a peaceful settlement of issues across the Taiwan Strait would be seen as a major failure of statecraft,” said Kramp-Karrenbauer. “A purely military logic in this confrontation would produce only losers.”

The Defence Minister, who was member of the German Bundestag for almost two decades and the head of her state of Saarland between 2011 and 2018, said that China’s own recent actions, rather than increasing pressure from the United States, had triggered a “rethink across Europe”.

“What will be crucial, regardless of the outcome of the [Wednesday AEDT] US presidential election, is whether the West can be more unified in its dealings with Beijing,” she said.

“We have always had our tiffs across the Atlantic. That won’t change. What’s key is that we get the big stuff right. China is big stuff.”

In the past, Berlin has often gone out of its way to avoid criticizing China’s leadership, even as Beijing has exploited European divisions in the COVID-19 crisis, organized the detention of Uighur Muslims on a mass scale and imposed draconian security legislation on Hong Kong. In the past, Not only has Germany remained silent, but it has also vigorously defended that silence.

Now a fundamental shift is underway in Berlin. Over the past year, views on China have hardened across the German political spectrum. With Merkel due to leave office next year and a change of coalition likely, there is a growing sense that a more aggressive stance from Berlin has become inevitable. A senior figure in German industry agreed, predicting that the momentum behind a more aggressive line would be difficult to stop, despite pressure from the business lobby to keep relations harmonious.

Will the other NATO countries and the EU nations come forward and form a big alliance against Bio-Terrorist China that killed over 1.2 Million people worldwide and brought the world economy to a standstill? Will the other countries join a bigger alliance and sue China for compensation? Can China be made to give up its Bio-Weapon programs? What will be the International reaction if China releases another Bio-Weapon in future or attack its neighbors including Taiwan or India?

While the world is struggling to survive through the Chinese Corona Virus pandemic, China continues to flex its muscles against Taiwan and India while committing Human Rights abuses against Uyghur Muslims, Tibetans and in Hong Kong. Shouldn’t all the countries link their trade with Human Rights in China?

China has managed to get votes of African nations for the positions in different organizations under United Nations using the Debt Trap Diplomacy. Should a bigger alliance be made to jointly free African nations and other smaller nations free of the Chinese Debts?