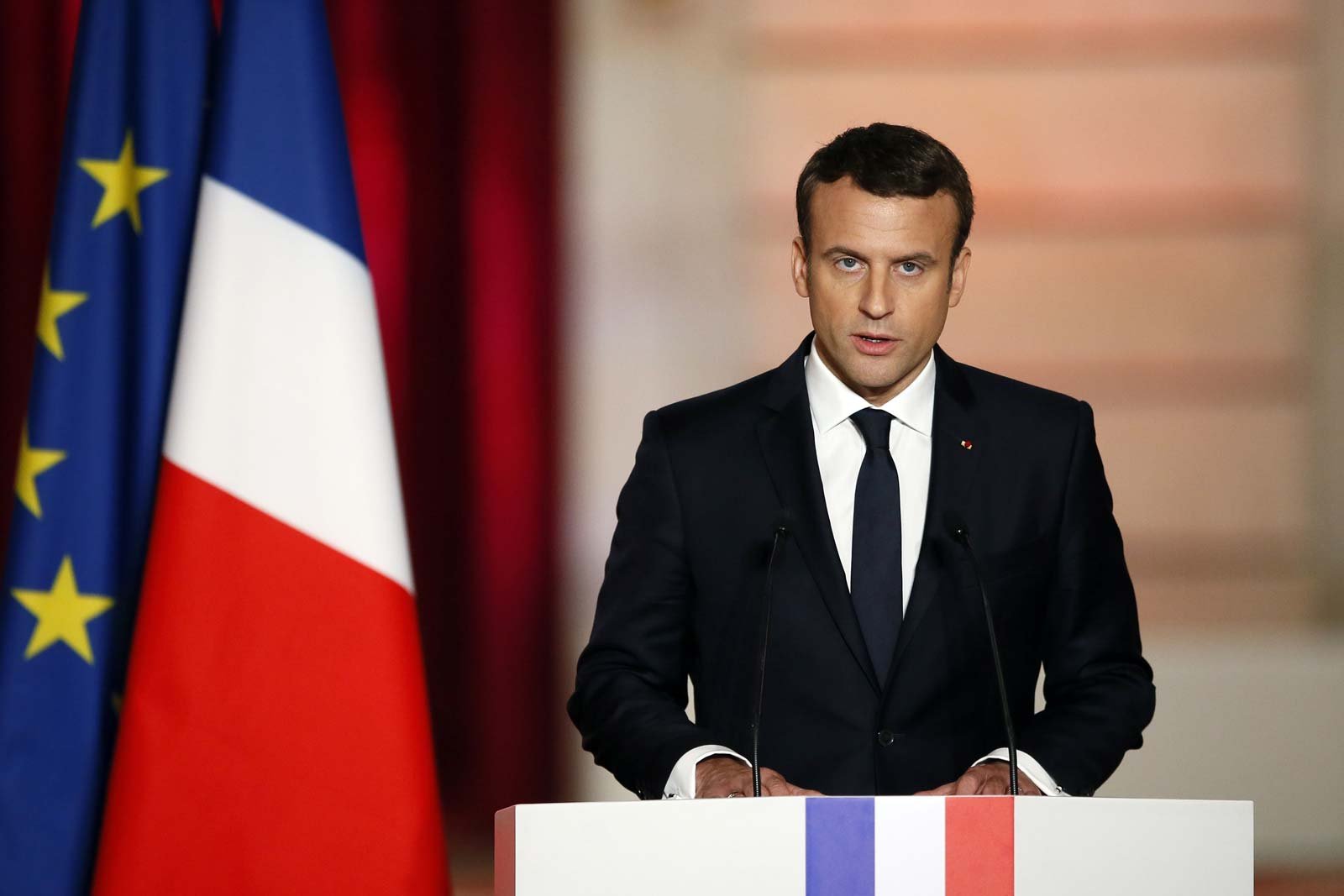 French President Emmanuel Macron wrote a letter to Financial Times clarify his position that France is against “Islamist Separatism’ and Never Islam, on the opinion piece published by Financial Times that this letter refers to briefly on November 2 and then removed for review after readers pointed out factual inaccuracies. This letter exposes how the Main Stream Media like Financial Times distorted the statement made publicly by the head of a G7 member state, France.

For its readers, and I am one, being informed by the Financial Times means being certain of accessing robust facts, rich analysis and reliable information, without needing to verify its veracity. Therefore, who could imagine that the statements made publicly by the head of a G7 member state could be distorted by this news organisation?

And yet, that is what happened in a column published online yesterday. The piece misquoted me, substituting “Islamic separatism” — a term that I have never used — for “Islamist separatism”, which is a reality in my country. It accused me of stigmatising French Muslims for electoral purposes and of fostering a climate of fear and suspicion towards them.

I shall not discuss the questionable rigour of this article nor even the ideological foundations on which it is based. I simply wish to remind your readers of some simple facts, explain the situation of my country and the challenges it has to face.

For over five years now, and since the attacks on Charlie Hebdo, France has faced a wave of attacks perpetrated by terrorists in the name of an Islam that they have distorted. Some 263 people — police officers, soldiers, teachers, journalists, cartoonists, ordinary citizens — have been assassinated in our homeland. Most recently, an attack that fortunately did not result in any casualties once again targeted the premises of Charlie Hebdo; a history and geography teacher, Samuel Paty, was decapitated; in Nice, two women and a man were assassinated in a church.

Faced with this ill that is eating into our country, France has rallied with resilience, with determination.

Firstly, by standing firm on its principles. France has been attacked by Islamist terrorists because it embodies freedom of expression, the right to believe or not to believe and a certain way of life. The French people have risen up to say that they will not surrender any of France’s values, its identity, or its imagination. Nor any of these human rights that it proclaimed for the world, back in 1789.

Our nation has also rallied by tracking down the terrorists wherever they may be. The French army shows exemplary courage in the Sahel and its action against terrorist groups benefits all of Europe. Our intelligence and police services, which have paid a heavy price, prevent dozens of attacks each year. The whole state mobilises on the basis of laws discussed and voted on by parliament. For we will not surrender democracy, or the rule of law either.

But since 2015 it has become clear, and I said this even before I became president, that there are breeding grounds for terrorists in France. In certain districts and on the internet, groups linked to radical Islam are teaching hatred of the republic to our children, calling on them to disregard its laws. That is what I called “separatism” in one of my speeches.

If you do not believe me, read the social media postings of hatred shared in the name of a distorted Islam that resulted in Paty’s death. Visit the districts where small girls aged three or four are wearing a full veil, separated from boys, and, from a very young age, separated from the rest of society, raised in hatred of France’s values.

Speak to government prefects who are confronted on the ground with hundreds of radicalised individuals, who we fear may, at any moment, take a knife and kill people. This is what France is fighting against — designs of hatred and death that threaten its children — never against Islam. We oppose deception, fanaticism, violent extremism. Not a religion.

We say: “Not here in our country!” And we have every right to say this, as a sovereign nation and a free people. Against the terrorists who want to break us, we remain united. We can do without media articles that divide us.

I will not allow anybody to claim that France, or its government, is fostering racism against Muslims. France — we are attacked for this — is as secular for Muslims as for Christians, Jews, Buddhists and all believers. The neutrality of the state, which never intervenes in religious affairs, is a guarantee of freedom of worship. Our law enforcement forces protect mosques, churches and synagogues alike.

France is a country that knows what it owes to the Islamic civilisation: its mathematics, its science, its architecture all borrow from it, and I announced the creation of an institute in Paris to showcase this great wealth. France is a country where Muslim leaders speak out when the worst happens, and call on followers to fight radical Islamism and defend freedom of expression.

One can pretend not to see these realities, but one cannot ignore them indefinitely. For as Averroes, the 12th-century polymath, once wrote: “Ignorance leads to fear, fear leads to hatred, and hatred leads to violence.”

Therefore let us not nurture ignorance, by distorting the words of a head of state. We know only too well where that can lead.

This letter exposed how the Main Stream Media like Financial Times distorted the statement made publicly by the head of a G7 member state, France. There are many such Leftist/Liberal media houses doing the same thing, distorting the statements of the heads of the states to pursue their own agenda. Whether the head of the state could be US President Donald Trump or be Indian Prime Minister Narendra Modi.

MSM always distorts the statements of the leaders they don’t want in the Power. Is it not the time that heavy costs be imposed on the big MSM houses who distort the statements to suit their political agendas?