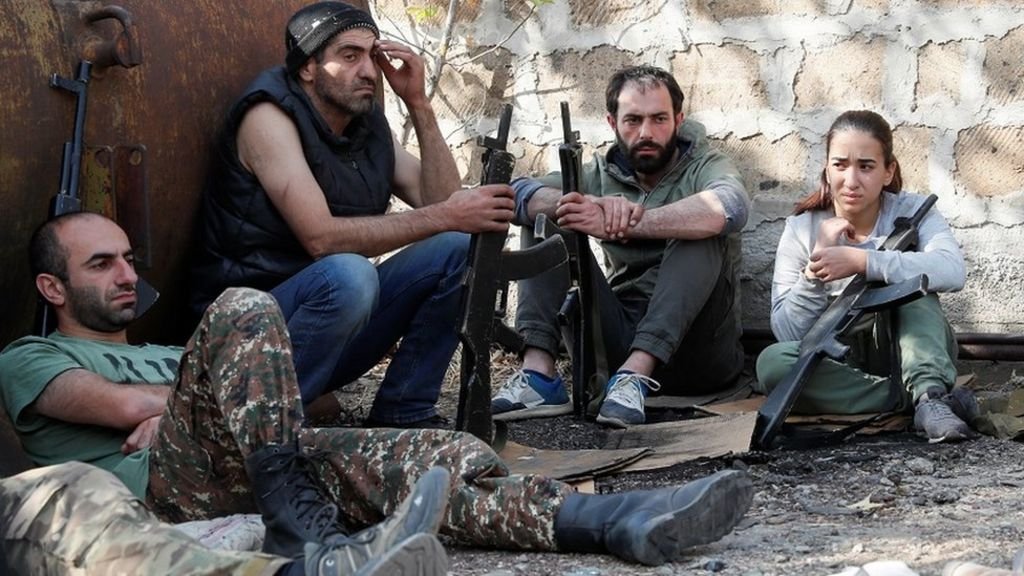 Though one would see that Armenia is involved in a continuous demographic retreat for more than 1500 years and that Armenia has legitimate claims over Nagorno-Karabakh, a closer look at the issue clearly hints that Armenia has got no one to blame but itself for the current situation it is facing. “Bravado Doesn’t Win War” that is the lesson that should be learnt from Armenia’s capitulation.

It had to sign a humiliating capitulation surrendering all it’s gains made from 1991, public anger means that the Speaker of National Assembly is lynched to death and the Prime Minister Nikol Pashinyan was thrashed by public. The chaos in the country is absolute with the Foreign Minister claiming he is unaware that the Prime Minister has signed the capitulation. Just yesterday, prominent leaders were arrested on the charges of a plot to assassinate the Prime Minister.

Yesterday’s address by the Prime Minister gave a clarity of the dire situation Armenia is in.

Many can say that if we had already lost Hadrut, Shushi, we could have lost Stepanakert as well, and not much would change. The reality, however, is a little different, because if we had lost Stepanakert, which as Artsakh President Arayik Harutyunyan already confirmed in his public remarks, was by and large defenseless at that time, then Askeran and Martakert would have been predictably and inevitably lost just because these cities were in the rear at the time the war started as they were located far enough from the front line and lacked defensive structures and fortifications. Nor were there so many fighting forces that could actually defend these cities.

And what would happen after the fall of these cities? The second, third, fourth, fifth, sixth, seventh defenses of the Defense Army would be under siege by the enemy, which means that more than 20,000 Armenian troops and officers could find themselves surrounded by enemy troops, inevitably facing the prospect of being killed or captured. Under these conditions, of course, the fall of Karvachar and Kashatagh regions would be inevitable, leading to a complete catastrophe.

Susha was about to fall and the defences of Stepanakert are almost destroyed. There are no other defences left in the whole of Nagorno-Karabakh. 20,000 Armenian soldiers in the enclave will be at the mercy of the enemy and Armenia was staring at complete and unconditional surrender of the troops in Nagorno-Karabakh. The world didn’t expect that Armenia was cornered that badly.

What led to that situation? A quick look at the background of the issue will give some answers. When Karabakh Khanate fell to Russia, it was joined with Ganja to form Elizabethopol. Karabakh highlands, which is an Armenian majority territory came to be under Elizabethopol Governorate while Erivan Khanate which was annexed later came to be a part of Erevan Governorate.

When Russian Empire collapsed in 1917 and when Azerbaijan which was formed by merger of Nakchivan, Elizebethopol and Baku Governorates tried to assert it’s control over Nagorno-Karabakh, the territory rebelled with the support of Armenia. Susha was almost destroyed and both sides perpetrated acts of much brutality. But before the issue was settled, both the countries were annexed by Soviet Russia. Soviets knew the Karabakh problem and carved the autonomous enclave of Nagorno-Karabakh custom tailoring it to include only Armenian majority areas.

After Glasnost and Perestroika, the disruptive forces in Soviet Russia mean that the Karabakh issue will blow up again – Karabakh wanted to join Armenia and in February 1988, the Parliament of Nagorno-Karabakh passed a resolution to merge itself with Armenia but Soviet Russia rejected it. Amidst protests and clashes, in November 1989, the Soviets retaliated by cancelling the autonomous status of Karabakh. Armenia countered this by passing a resolution to merge Karabakh with Armenia and with the collapse of Soviet Russia at the same time, this fight between provinces became a fight between countries. There was another war and Armenia, surprising the world, seized vast swathes of Azerbaijani lands and continued to hold them against international resolutions. Susha was destroyed yet again.

Moscow understands that the military victory of Armenia, a small and poor country, over richer and more populous Azerbaijan was down to chance as much as anything else.

From 1994 till September 2020, a tenuous peace ensured. Armenia knew of it’s position. In fact, as early as 1997, the then Armenian President Levon Ter-Petrosyan asked Armenia to be realistic.

“it is impossible to maintain the status quo for a long time – neither the world community nor the economic potential of Armenia would allow it.“

But, Armenia didn’t take those statements lightly and ejected him out of office. That was the point at which Armenia took a wrong road. The public show of bravado was all that is needed to win the elections. Robert Kocharyan, Serzh Sargsyan and even the post revolution Nikol Pashniyan – all were hardliners who dreamt of Greater Armenia and merger of Nagorno-Karabakh with Armenia. But, was the country ready to wage that war? Levon Ter-Petrosyan’s observation turned out to be true.

While Armenia was engaged in rhetoric and bravado, Azerbaijan slowly strengthened itself to the extent that when it ultimately attacked Armenia in September this year, Armenia stood no chance. It was outgunned, outclassed and was staring at an economic collapse as well as the surrender of the whole of Nagorno-Karabakh.

Azerbaijan is no saint either. All history, it has proven itself to be as brutal and as motivated to wipe out the Armenian pocket of Nagarno-Karabakh and given the chance, it would do exactly what it did to the Armenian legacy of Nakchivan.

One would have expected Russia to intervene and give a honourable exit to Armenia when situation was turning desperate. In fact, it is understood that Azerbaijan approached Armenia with terms for peace in early October but Armenia rejected the terms. Both Aliyev and Pashinyan confirmed the same.

As observed by Yevgeny Prigozhin, one of the strongmen of Putin’s Russia in an interview with the Turkish Newspaper Aydinlik,

Armenia and Azerbaijan have had the opportunity to stop the conflicts in Nagorno-Karabakh for many years, so that Russia put them at the table of agreement. After the 2018 orange revolution, that is, with Pashinyan’s coming to power, a very large number of American NGOs appeared on the territory of Armenia. This is the core of the problem. The Americans are provoking the conflict.

Russia clearly pinned the blame on Armenia for refusing to come to the table for talks.

Since it positions itself as democratic, Armenian Prime Minister Nikol Pashinyan’s government does not impose any limitations on media freedom, which has led to a lot of critical publications about Russia, as well as many praising the West. These are reported to the Russian leadership, which, in keeping with the traditions of Russian diplomacy, is used to searching the media for signs of change in the official position.

Worse still, Pashinyan welcomes the activity of Western NGOs, including those funded by the U.S. philanthropist George Soros, who has been accused by ultraconservatives of financing color revolutions. As far as the Kremlin is concerned, allowing these NGOs to operate freely is nothing short of a security breach. The current Armenian government’s second deadly sin in the eyes of the Kremlin is the prosecution of former president Robert Kocharyan.

Russia discussed a possible solution with Armenia that would entail Armenia gaining legal recognition of most of Karabakh in exchange for giving up some of the territories that it won during the war. But the democratic nature of the Armenian government prevented it from making the compromise. Any concession on the issue of Karabakh threatens to bring down the Armenian leadership.

Besides, though Azerbaijan attacked to take back the territory which Armenia captured, one can trace the provocations to Armenia itself when it conducted military drills in Nagorno-Karabakh and Pashinyan’s statements that the territory will be merged with Armenia.

Moreover, a festering conflict over Nagorno-Karabakh, an Azerbaijani territory populated by ethnic Armenians, has recently flared up. Azerbaijan accused Armenia of violating the current ceasefire by carrying out military drills in the disputed territory, allegations that Armenia reciprocated. Pashinyan has promised to finally make the territory part of Armenia, but this proposition guarantees conflict with Azerbaijan, which could have serious repercussions for both countries and regional stability. While Pashinyan should follow a policy of restraint, it will be challenging to do this and placate Armenian nationalists.

While Russia was unconcerned, Armenia’s new allies were equally unbothered.

I reminded the [Armenian] president that NATO is not part of this conflict. Both Armenia and Azerbaijan have been valued NATO partners for more than 25 years…NATO is deeply concerned by ongoing violations of the cease-fire, which have caused tragic loss of life…It is vital that all sides now show restraint, observe the cease-fire, and de-escalate. Any targeting of civilians is unacceptable and must stop.

With no one helping Armenia, it’s a matter of time Armenia capitulated. Ultimate result is that Armenia lost everything it gained between 1991 and 1994 – not just that, it lost territories which were even a part of Armenian SSR to carve out a land link to Nakchivan from Azerbaijan proper. Everything is undone and if Kars or Nakchivan is any proof, with Armenia losing control of Kalbajar, the whole future of not just Karabakh, but also Armenia is at stake.

The only option Armenia got now is to preserve at least what is still with it – and that means negotiations with Azerbaijan over Nagorno-Karabakh from a position of weakness. Had the country been more realistic and responsible, they could have saved at least Kalbajar, Susha and the whole of Nagorno-Karabakh. But, today, there is no telling what more will Azerbaijan demand from Armenia for a permanent settlement. 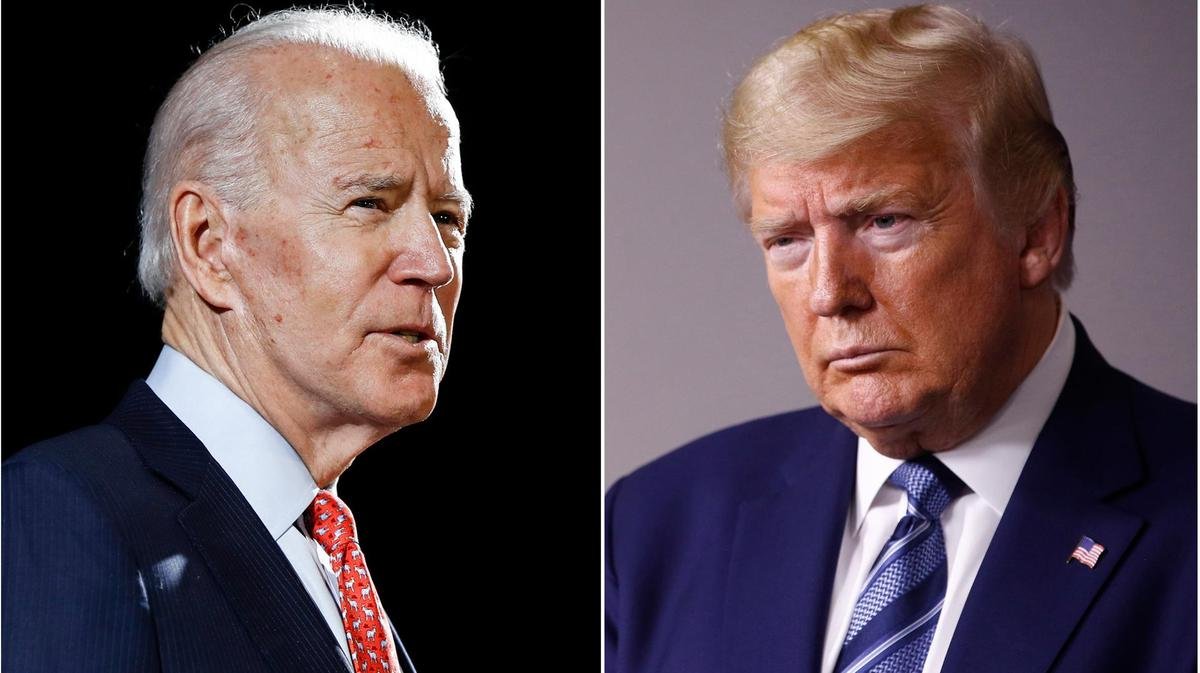 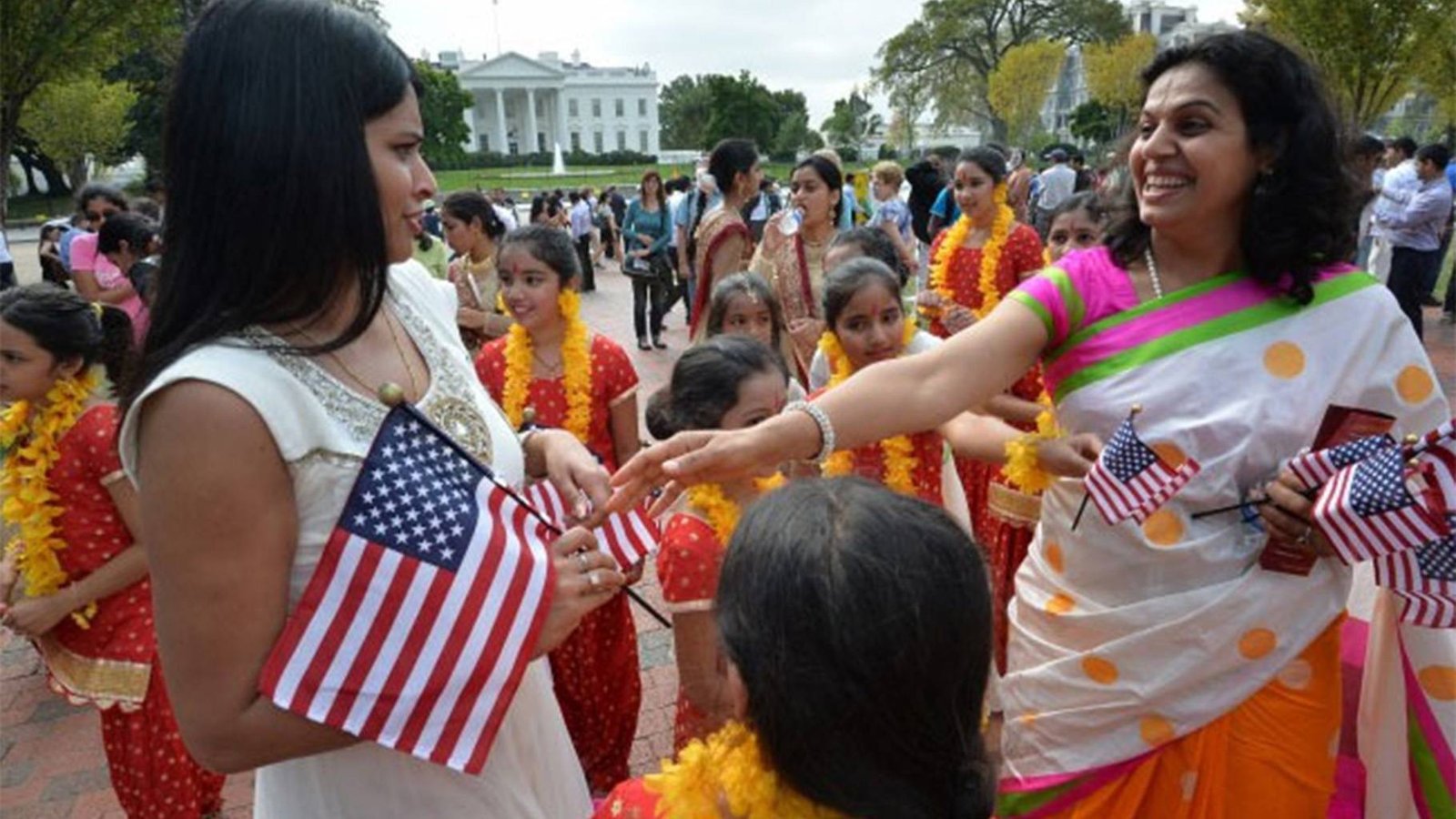