George Soros Behind The Protests In Peru To Destabilize The Region. 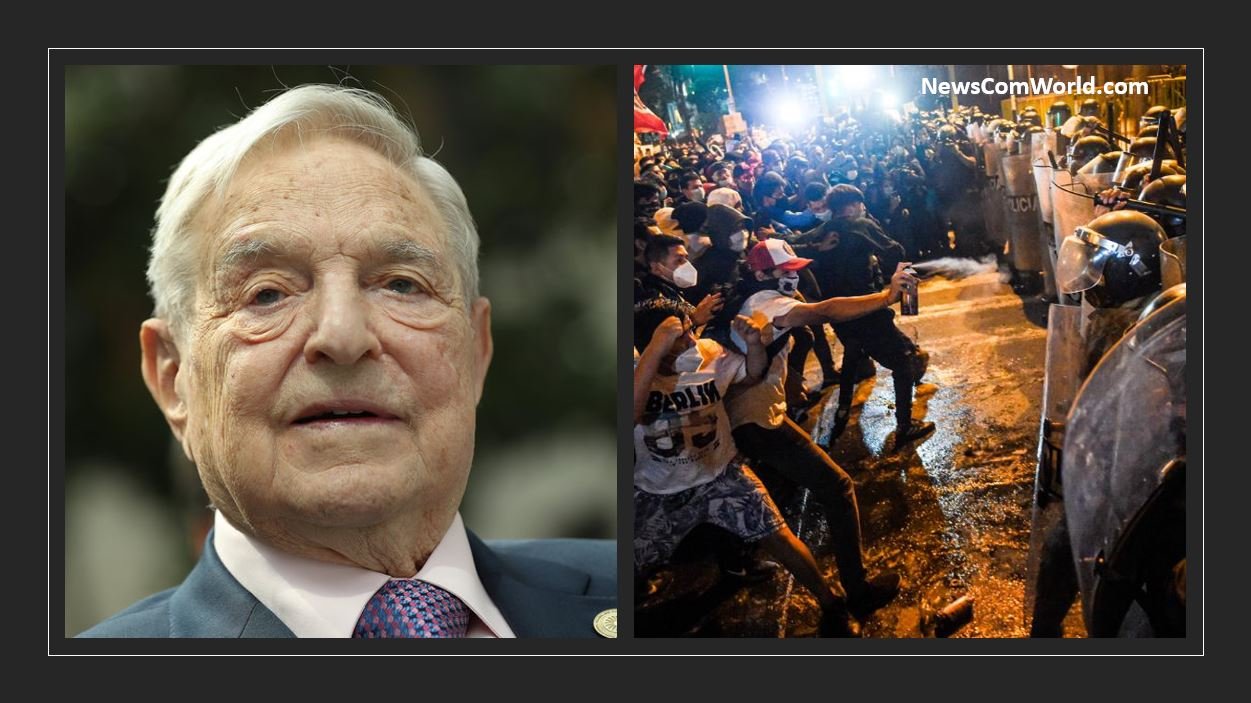 George Soros is know for his Plots to fill Europe with immigrants, to bring down governments, to create climate hysteria. George Soros is behind the current protests in Peru. Many corrupt and sold out politicians in Peru working on the agenda of George Soros whose only agenda is to create chaos around the world are behind these protests.

If our readers remember the Protests in New Delhi, India where protesters were paid Rs. 500 plus free lunch (Biryani), Antifa and Black Lives Matters (BLM) protests in United States, destroying the culture of freedom of Europe by pumping in millions of Islamist Radicals into Europe under the garb of refugees, all these have George Soros signatures all over them.

As per reports coming in, Protestors in Peru are paid $5-$7 and lunch per day. It is the same that happened in India, US and now it is happening in Peru. George Soros is now trying to destablize Peru through his many NGOs.

Related Article: Riots In US & India Are Attacks On The Oldest & The Largest Democracies

Even many of the paid protesters do not know why they are there on the streets protesting.

Nobel Laureate Mario Vargas Lllosa assures the world the leftist protestors defending Martin Vizcarra are Mostly Peaceful. After seeing the Antifa and BLM Protests in US, everyone knows how peaceful the Leftist protesters can be. Media will hide the violance by leftist protesters. For the Leftist supporters throwing stone at Police that can greviously hurt and can even take a live, is not violent.

Peru’s interim president resigned Sunday as the nation plunged into its worst constitutional crisis in two decades following protests of some handful of protesters as 2 protesters died in Police firing to control the mobs.

In a short televised address, Manuel Merino said Congress acted within the law when he was sworn into office as chief of state Tuesday, despite protesters’ allegations that legislators had staged a parliamentary coup.

The politician agreed to step down after night of unrest in which two young protesters were killed and half his Cabinet resigned. Protesters cheered the decision, waving their nation’s red and white flag on the streets of Lima and chanting “We did it!” But there is still no clear playbook for what comes next.

The Peruvian police are equipped with a hodgepodge of EDC equipment, they use US teargas (until it runs out) and unlimited domestic/North Korean made 9mm. In the event protests go for long and the teargas shells run out, police will have no options but to use hard methods to control the mobs.

Congress scheduled an emergency session for Sunday afternoon to select a new president. Meanwhile, ex-President Martín Vizcarra – whose ouster sparked the upheaval – called on the country’s highest court to step in.

Congress earlier impeached Vizcarra out using a clause dating back to the 19th century that allows the powerful legislature to remove a president for “permanent moral incapacity.” Legislators accused Vizcarra of taking more than $630,000 in bribes in exchange for two construction contracts while governor of a small province years ago.

Vizcarra was known to have close relations with China. In September 2020, more than 300 Chinese-flagged vessels with a record of changing boat names and deactivating GPS trackers” moved south from the Galápagos Islands towards Peru’s territorial waters. United States gave a warning to Peru also. However Peru defended China saying that the Chinese Fishing vessels are in International waters 200 nautical miles from Peru coast.

During just one month, the vast fleet logged an astonishing 73,000 hours of fishing, pulling up thousands of tonnes of squid and fish as hundreds of boats scoured the sea on the southern limit of the Galápagos Islands’ territorial waters, according to data analysis by the marine conservation group Oceana.

In 2001, Ex-President Pedro Pablo Kuczynski Godard (known throughout the country as “PPK”) returned to Peru’s government as minister of economy and finance and served as prime minister under President Alejandro Toledo, who admitted taking $1 million from billionaire George Soros — a primary source of funding for “progressive” social causes around the world, from same-sex “marriage” to legalizing drugs and prostitution.

PPK himself has a long-standing relationship with Soros and his family. More than 20 years ago, he helped Soros double his investment in a Peruvian brewery, Compania Nacional de Cerveza. He helped Soros’ brother, Paul, secure rights to mining deals at the Peru-Ecuador border.

And he was helpful with Newmont Mines, which owns controversy-racked Yanacocha, the largest gold mine in Latin America, located in Cajamarca, Peru. Soros has owned significant shares of Newmont stock.

PPK won the presidency in 2018 by a very slim margin against a conservative Catholic candidate, Keiko Fujimori, 42. However, Fujimori has the majority in the Peru Parliament, where she can block Kuczynski’s agenda, which, according to local Catholics, is influenced by Soros.

In 2017, PPK began steps to legalize marijuana, beginning with medical marijuana, an issue Soros has passionately championed for decades.

At least two themes run through Soros’ positions: His initiatives are destabilizing to the family and to the Church; they amount to cultural Marxism.

Tactically, he identifies local political allies and co-opts them to achieve his goals.

As per an article published on 14-August, 2019, From Diego Arenas’s statements to Sputnik we know that George Soros has financed not only Alejandro Toledo – a fact already known – but also who has broadcast the last audio of President Vizcarra in Arequipa. Diego Arenas refers to IDL reporters, directed by Gustavo Gorriti, as the “only media that accessed these audios”, for which he deduces that this institute “is financed by George Soros” and dares to affirm that “the capital contribution of the magnate to the journalistic company was three million dollars ”.

Both Benigno Blanco and César Vidal, experts in gender ideology, have denounced that George Soros donated 18.00 billion dollars to The Open Society Foundations, in order to spread that ideology. Interviewed by Enrique de Diego, on the RamblaLibre digital portal on March 17, 2018, Vidal declared that “Gender ideology is the privileged instrument of the globalist plan to turn the planet into a great mass of slaves.”

The slogan of the international organizations dependent on the United Nations, the World Bank and the European Union, among others, focuses on three realities that must be destroyed: the sovereignty of nations, marriage and the family, and the Catholic Church . The slogan thinks that by removing these obstacles they will be able to influence the whole world to reduce the population, which is the goal of George Soros and other magnates like Rockefeller.

You do not have to think too much to realize that the three million given to anyone in Peru are just three drops of money of those 18,000 million of The Open Society Foundations and that the purpose would be to influence the Ministry of Education to spread the ideology of gender, which is Soros’s tool to gradually weaken our sovereignty, marriage and family, and the Christian sense of Peruvians. To discredit the Peruvian State – its three powers – deteriorates national sovereignty and serves as pressure so that the ants that work – knowing it or not – for it, can continue to insist on teaching gender ideology in schools. It is a manipulation that Vladimiro Montesinos would have liked to do, but George Soros, at 89 years old, and after a sinister Nazi past, is much more Machiavellian and evil.

The Fuerza Popular Party The Fujimori family imported from Japan and members of Vizcarra’s circle are funding and promoting these protests and hash tags. The Peruvian police are operating with no oversight, when they run out of US donated tear gas, people die.

As per a social media user talking about the Peru protester politics tweeted, “The (impeached) PPK/Vizcarra campaign had Soros funding and Fuerza Popular is a Japanes far right nationalist import with US backing. Protestors are paid $5-$7 and lunch per day.”

Peru is definitely well uninformed, look at the young people who are creating this chaos are all those who were paid 300 soles each and are being directed by George Soros’ NGOs that are in Lima, and Vizcarra is a puppet.

From what I read on facebook, Soros is more concerned with destabilizing Peru than Hungary.

How can you travel from Chile to Peru so easily in a pandemic? They are clearly all fixed. The tickets were bought by Maduro and the passport was made by Soros. Wake up, the Sao Paulo forum acting.

Soros ask in the #Peru a transitional government that guarantees the cleanliness of the elections under the principles of freedom and democracy to face the challenges we face. Soros and the parasitic left cling to de facto power.

My generation is not informed Edda … and everything is orchestrated so that elections are advanced and the new president is the puppet of Gorriti … the Venezuelan George Forsyth. Soros, the Sao Paulo forum, socialism, bought media, rigged polls, sheep in the streets.

The plan is broader than that. It is linked to Soros and its positioning in Latin America. He has already achieved it again with Evo Morales and with the departure of the president of Peru. Now he is going through Piñera in Chile. Only when Trump is declared the winner can the trend in the region be reversed.

Cesar vidal said that Zizcarra was Soros’s lackey so he recently visited Peru, therefore behind these protests is the evil Soros sure that he is.

In Peru we are more than 30 million inhabitants. A few hundred have come out to throw stones and shout, most of them young and all ORCHESTED by globalist NGOs and funded by SOROS Japanese Ogre and others. The corrupt press whipping.

The pups of Soros and Transnationals are now going through Peru … Globalist on the prowl.

These unpresentable with Zionist and Sorista funding want to take power if they deserve it, they are responsible for violent acts and death. What happens to them? Corrupt Satanists will pay for this, SOROS owns Peru? Manipulate press, wimp and youngsters. WTF

We have seen George Soros carnage in Europe where millions of young male Islamist Radical were brought to Europe to destroy the culture of freedom of Europe. We have seen George Soros supported BLM and Antifa Terrorists throughout United States bringing it down to its knees. We have seen similar paid protests in New Delhi where protesters were paid Rs. 500 and free Biryani for a month. Now in Peru the protesters are paid $5-$7 per day for protests with free lunch. How is the world going to tackle this new form of warfare that is run by a few globalist elites using unlimited supply of money at their disposal? 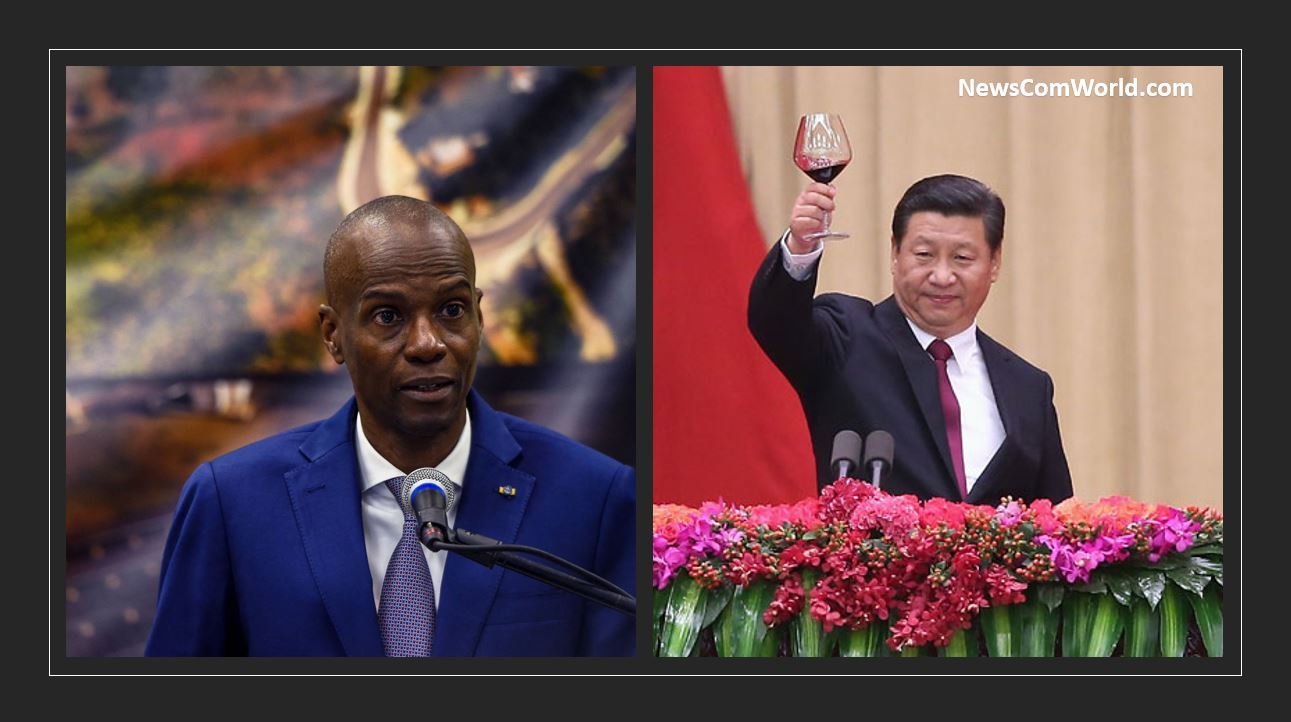 Execution of Haiti’s President – Is it a Prelude for the Eventual Chinese Invasion of Taiwan? 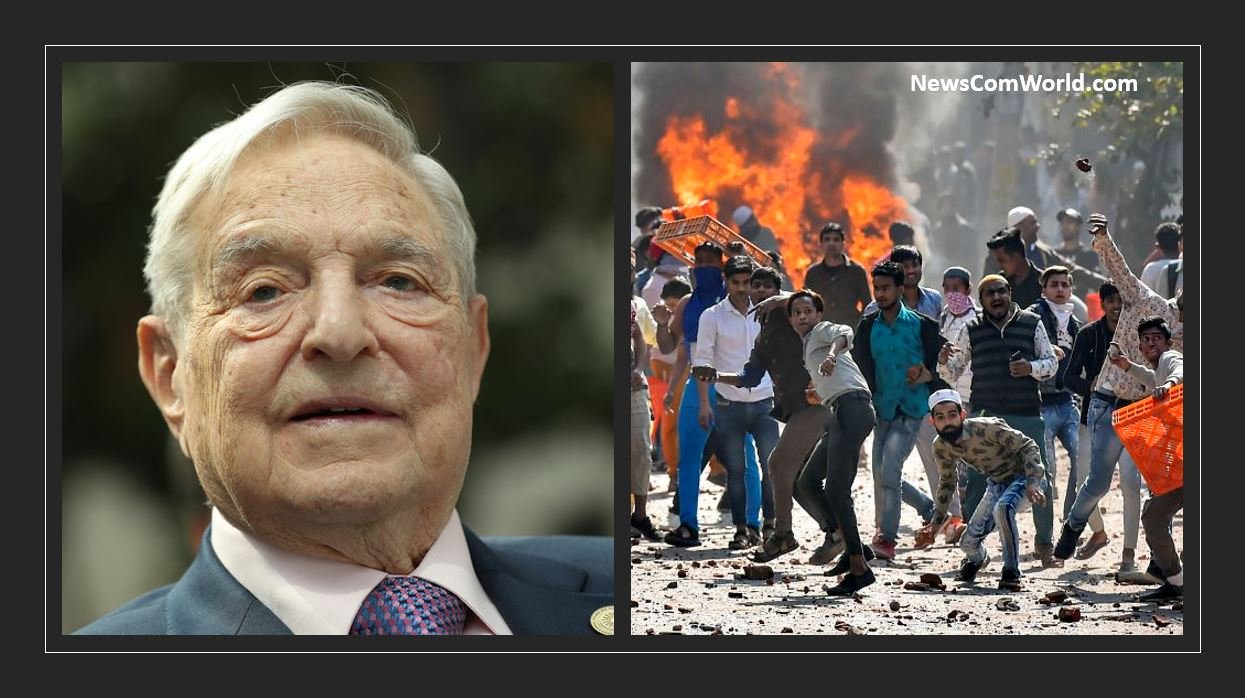 Democracies From US to India Under Attack : George Soros Plans to Decimate Democracies Worldwide