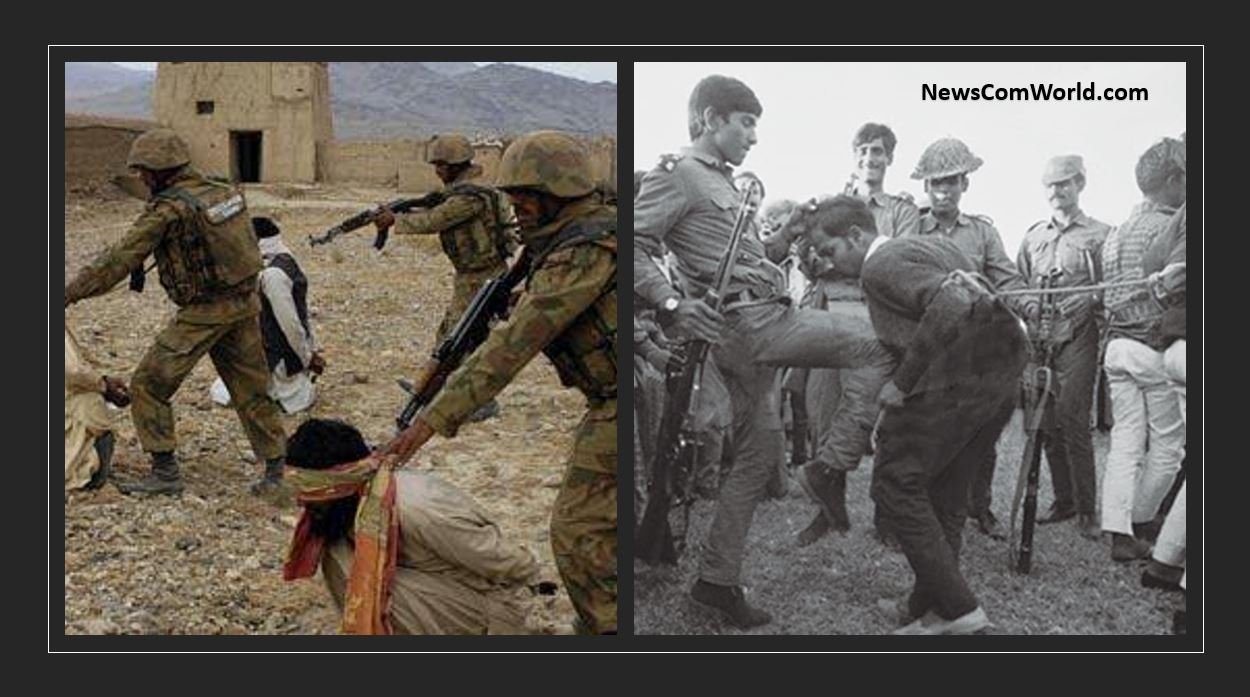 “Baloch Pashtun struggle is similar to 1971 Bangladesh separation from Pakistan” article is written by Tilak Devasher. This Article brings out the memories of 1971 that lead to freedom of Bangladesh, then East-Pakistan.

On December 3, 1971 around 4 pm, Gen Yahya Khan left the President’s House to go to the Air Command Centre to launch the pre-emptive air strikes on India. Just then, according to Arshad Sami Khan, Yahya’s ADC, an unusually large vulture appeared from nowhere and landed a few meters ahead of his jeep, blocking the driveway to the exit gate.

The vulture refused to move even when Gen. Abdul Hamid Khan, the Chief of Staff, slowly moved up the jeep; blew the horn; or when Yahya Khan dismounted from the jeep and tried to scare it away with his baton. Instead, it just stared back with greater defiance. It was only when a nearby gardener shooed the bird with a large sickle that it finally cleared the road with an ominous gait allowing the jeep to pass. This certainly was not a propitious omen for launching a war.

The Pakistani plan of attack pivoted around pre-emptive air strikes against Indian airfields. According to Shuja Nawaz, in all, thirty-two aircraft out of an inventory of 278 fighter planes took part in the initial strike that started between 1709 hrs and 1723 hrs. The PAF strikes were not successful. Only the Amritsar airfield was blocked and a radar target was destroyed. Pathankot could not be attacked because of poor visibility.

The objective of the air strikes was to target the runways of Indian airbases. However, the platforms used for this purpose – F-86s – were inappropriate. According to Arshad Sami Khan, the F-86 was a multi-role aircraft but the one role it was not very accurate at was bombing, especially high-level bombing. The release the two 1000-pound bombs required climbing to 10,000 feet, going into a 45 degrees dive and releasing the bombs by about 4,500 feet at speeds of 460 knots. As a result, most of the bombs did not hit the targets. Moreover, the damage to runways even from a direct hit could be repaired in a few hours.

The limited Pakistani attack surprised even the US. Admiral Thomas H.Moorer, the Chairman, Joint Chiefs of Staff (CJCS), told the Washington Special Action Group (WASAG) meeting on 3 December (held just three hours after the PAF attack) that he was ‘surprised that the Paks attacked at such a low level. In 1965, they moved much more strongly.’ Henry Kissinger, the chair of the group, added: ‘These aren’t significant fields. That’s [a] helluva a way to start a war.’ Moorer filled in the details: ‘One field had only 12 helos [helicopters] and 17 Gnats [fighter aircraft]…There was a field not too far away with 82 aircraft on it, including 42 MIG-21s. They didn’t go for them.’

The confused state of higher-level decision-making in Pakistan was revealed by the fact even the defence secretary and the head of the ISPR, the official mouthpiece of the regime, were unaware about the imminence of the war on 03 December. The latter was informed via a telephone call at his residence from the defence secretary about an announcement he had heard over Radio Pakistan that India had invaded West Pakistan. The statement was so worded as to convey that it were the Indian forces that had attacked West Pakistan at ‘various points.’ According to Shuja Nawaz, ‘the thinking behind this subterfuge was to invoke US help, based, among other things, on the aide memoire of 06 November 1962 to Ayub Khan in which US ambassador McConaughy had promised to assist Pakistan “in the event of aggression from India against Pakistan”.’

The naval chief, too found out about the air strikes from a Pakistani radio broadcast; Pak Navy ships at sea also heard about the attack from the radio.On the eastern front, Lt Gen. A A K Niazi learnt of the air strikes while listening to the BBC world service.

A day after the war began Brigadier Gul Mawaz went to see Yahya, his close friend. According to Hassan Abbas, the brigadier found Yahyaand Gen Hamid inebriated. Yahya told Gul Mawaz that as commander he had launched his armies. Now it was up to his generals. While they were talking, Yahya received a call from Japan from Nur Jahan, the famous Pakistani singer. After telling the brigadier whom the call was from, Yahya asked her to sing him a song.

In the context of the war in the west continuing after the fall of Dacca (Dhaka), when Roedad Khan, then Information Secretary, raised the matter with Yahya and told him that nations do not fight wars by halves, Yahya retorted that he was not going to endanger West Pakistan ‘for the sake of Bengalis’. This was very much like Ayub Khan saying at a cabinet meeting after the 1965 war that never again would Pakistan ‘risk 100 million Pakistanis for 5 million Kashmiris.’

Following Mrs Indira Gandhi’s unilateral offer of a ceasefire in the west, the Emergency Committee conveyed Pakistan’s unconditional acceptance. However, such was the unreality of the situation that, according to Roedad Khan, ‘Nobody raised any objection to the substance of the draft but a heated and animated discussion followed on how the timings of the ceasefire was to be described, in terms of IST, GMT, or PST; and if PST, in terms of West Pakistan Standard Time or East Pakistan Standard Time. The implications in each case were discussed threadbare.’

The surrender in East Pakistan and the creation of Bangladesh was a devastating event for West Pakistan, the aftershocks of which continue to this day. Along with the physical fall of Dacca, Pakistan was also defeated psychologically. The two-nation theory, that Muslims of the subcontinent formed a nation, was demolished. Pakistan is still searching for a rationale for its existence and for its identity.

Imran Khan wrote in his 2011 autobiography, ‘Pakistan: A Personal History’ that like others in Pakistan, he had swallowed the official propaganda of the state television that branded ‘the Bengali fighters as terrorists, militants, insurgents or Indian-backed fighters–the same terminology that is used today about those fighting in Pakistan’s tribal areas and Balochistan. Then, as now, Pakistan fought symptoms rather than addressing the root cause of the violence–our failure to address the legitimate aspirations of Pakistan’s many ethnic groups.’

Imran Khan would do well to recall his words considering that the Pakistan army is doing to the Baloch and the Pashtuns under his watch exactly what it had done to the Bengalis in the then East Pakistan.

About the Author: Tilak Devasher is Member, National Security Advisory Board. Views are personal. The article has been extracted by the author from his 2018 book, ‘Pakistan: At the Helm’, published by Harper Collins Publishers, India.

Would the International Community help in dismantling the Terrorist Producing Factory of the world and help form 3 new smaller non-radical countries and put a full stop on the Punjabi Pakistan’s Terror producing factories?