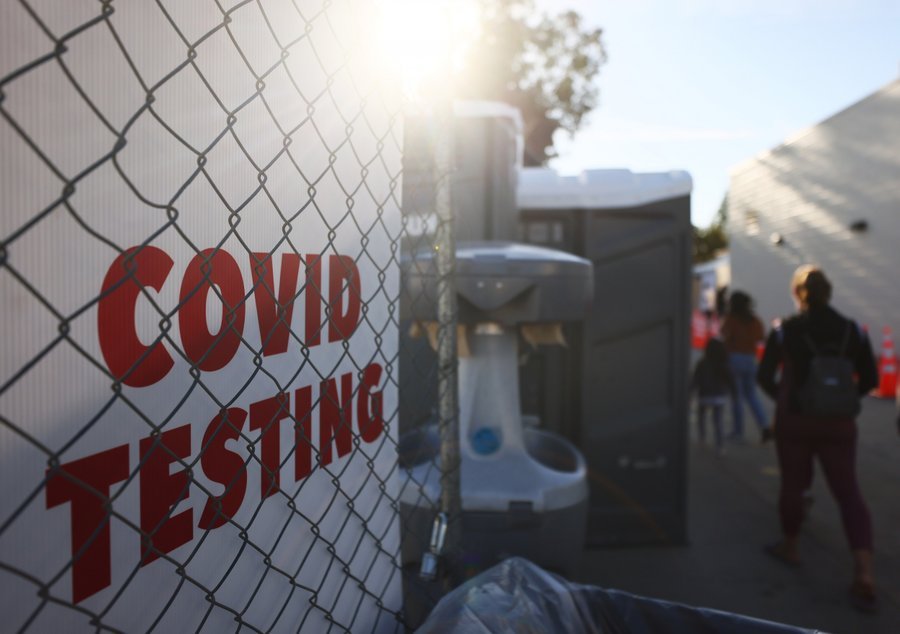 Violence-Supporting Islamists organizations have succeeded in getting US Federal COVID Grants as per the US Government Spending Website, writes Sam Westrop, Middle East Forum.

The US federal government’s distribution of COVID relief funds over the past year has been disastrous. As Bloomberg reported in October, the Small Business Administration (SBA) “gave out $10,000 grants to almost anyone who asked.” From fraudulent applications to identity theft, billions of dollars are believed to have been stolen.

However, criminals were not the only ones to benefit from governmental incompetence; federal COVID relief has also helped prop up extremist organizations with long-held ties to violence. The amounts may be small, but the examples are shocking.

Perhaps most striking is the $1,000 handed out to the Virginia-based Khatme Nubuwwat Center. Khatme Nubuwwat (KN) is a violent South Asian movement committed to the eradication of the Ahmadiyyah, a tiny, moderate Muslim sect. For seventy years, KN groups have organized and encouraged violent pogroms against members of the minority sect. Hundreds have been murdered. Just this year, a KN supporter was involved in luring an Ahmadi American citizen to his death in Pakistan.

Today, even in the West, KN distributes leaflets openly advocating the killing of Ahmadiyyah. Islamists in the West follow through. In 2016, a KN member in Scotland stabbed an Ahmadi shopkeeper to death. KN activists applauded the killing, with one KN group declaring: “Congratulations to all Muslims.”

In 2017, the same Khatme Nubuwwat Center in Virginia that received federal monies organized a conference at which speakers encouraged violence against Ahmadi Muslims and discussed their hopes for criminalizing the Ahmadiyyah faith in the West.

But the killer of the Scottish shopkeeper was not only a member of KN; he belonged also to Dawat-e-Islami (DeI), another South Asian Islamist movement. Leaders of DeI warn Muslims against behaving like Jews, and openly advocate the killing of “blasphemers.” DeI members have carried out a number of terrorist attacks, including a recent attack in France near the Charlie Hebdo offices. This year, the SBA handed $10,000 to DeI’s principal U.S. proxy, based in Chicago.

These are far from the only examples. The Indian American Muslim Council, an anti-Hindu Islamist group with alleged ties to SIMI, a banned terrorist organization in India, was given $1,000 of taxpayers’ money. Meanwhile, $10,000 went to the Al-Furqaan Foundation, a prominent Salafi proselytization organization funded by the Qatari regime. Many of these groups could doubtlessly survive without taxpayer subsidies. Al-Furqaan Foundation’s most recent tax return, for example, reported revenue of over $3.5 million.

A number of organizations, long accused of serving as components of a Hamas network in the U.S, also received grants. The government gave $10,000 to Baitulmaal, a Texas charity that openly funds Hamas proxies in Gaza, currently run by Mazen Mokhtar, a former fundraiser for the Taliban and other jihadist groups. American Muslims for Palestine also received $10,000. The group’s officials have long expressed support for Hamas’s activities, and several have been tied to the terror movement’s activities in the U.S.

Another $17,000 was handed to four branches of the Islamic Circle of North America, a proxy for the violent South Asian Islamist movement Jamaat-e-Islami. A current congressional resolution warns about the group’s extremist links, asks the federal government to halt all funding arrangements with it, and notes that one of its branches, Helping Hand for Relief and Development, has collaborated with the designated terrorist organization Lashkar-e-Taiba, which carried out the 2008 Mumbai attacks in which 166 people were murdered, including Americans.

Another $37,000 went to seven branches of the Muslim American Society, which federal prosecutors have described as “the overt arm of the Muslim Brotherhood in the United States.” In 2019, Members of Congress called for an investigation into its Philadelphia branch after it hosted an event in which children sang about torturing and beheading Jews. That very same Philadelphia branch received $3,000 of COVID relief.

The list of extremist recipients goes on. Had I the space, I would offer 20 additional examples.

Of course, it is important to note that many dozens of perfectly respectable, moderate American Muslim institutions also received COVID relief funds. In total, in the space of just a few months, SBA handed American Islamic organizations more than 220 grants totaling over $1 million, of which just over half was given to mosques, followed closely by private Islamic schools.

In the case of COVID funding, there is no indication that anyone at the SBA deliberately chose to ignore recipients’ links to violence and extremism. If anything, we know from the widespread reports of player fraud and dealer incompetence that the hapless federal agency had no clue about the recipients.

But this is precisely the problem. It is hardly the first time that taxpayers’ money has been handed out to dangerous Islamist organizations. From Al Qaeda groups in Sudan to anti-Semitic, terror-tied domestic Islamist charities, the federal government has given out tens of millions to Islamists, almost always ignoring or failing to recognize the ideological implications of subsidizing Islamism. Government stupidity weakens the influence of moderate Islam.

Constitutional limitations preclude the government from considering the religious affiliations of those with which it works or funds. It is, of course, under the shroud of religion that Islamists hide and peddle their wares. And yet, with even the slightest of closer glances, it is patently obvious that the extremists identified are primarily not preachers, but activists. They may stand in the minarets of mosques, but they aspire to pulpits of political power.

Given that both sides of Congress oppose a complete interdiction on funding for all religious organizations, some change is desperately required. There has to be a better system. It simply cannot be the case that the government is forced to subsidize the work of radicals committed to violence and hate.

About the Author: Sam Westrop is director of Islamist Watch, a project of the Middle East Forum

The views expressed in this article are the writer’s own.

Why are such violent Terrorist Organizations or Radical Islamist Organizations that glorify the murder of people of other religions or other sects like Ahamadiyas or call upon their followers to murder others are allowed to operate in the US?

Was there infiltration of Democrats, George Soros supporters and Islamist Radicals into the US Government departments to such an extent that the grants were given to the Violence-Supporting Islamists organizations?

Why not the members of such violent radical groups identified and deported to their respective countries?

Why not place a blanket ban on any VISAs given to Pakistanis?