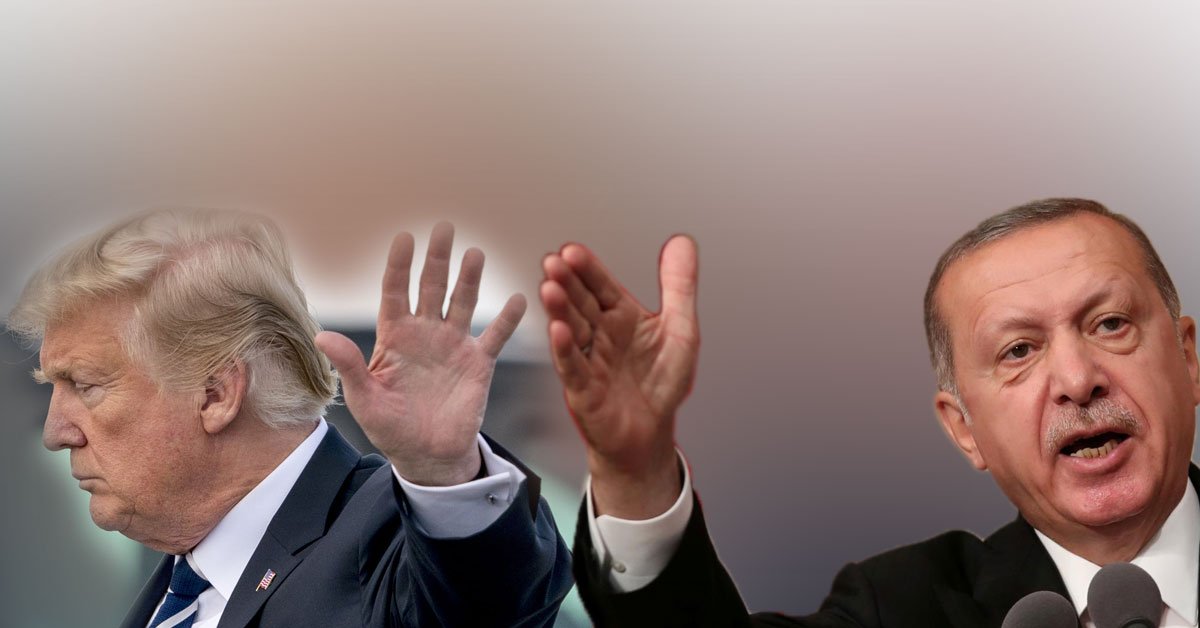 The Trump administration slapped sanctions on Turkey on Monday over a multibillion-dollar acquisition of a Russian missile system.

The long-anticipated move is expected to further stoke tensions between Washington and Ankara in the weeks ahead of President-elect Joe Biden’s ascension to the White House and send a message to foreign governments considering future weapons deals with Russia.

A Press Statement from US Department of State reads:-

Today, the United States is imposing sanctions on the Republic of Turkey’s Presidency of Defense Industries (SSB) pursuant to Section 231 of the Countering America’s Adversaries Through Sanctions Act (CAATSA) for knowingly engaging in a significant transaction with Rosoboronexport, Russia’s main arms export entity, by procuring the S-400 surface-to-air missile system. The sanctions include a ban on all U.S. export licenses and authorizations to SSB and an asset freeze and visa restrictions on Dr. Ismail Demir, SSB’s president, and other SSB officers.

The United States made clear to Turkey at the highest levels and on numerous occasions that its purchase of the S-400 system would endanger the security of U.S. military technology and personnel and provide substantial funds to Russia’s defense sector, as well as Russian access to the Turkish armed forces and defense industry. Turkey nevertheless decided to move ahead with the procurement and testing of the S-400, despite the availability of alternative, NATO-interoperable systems to meet its defense requirements. This decision resulted in Turkey’s suspension and pending removal from the global F-35 Joint Strike Fighter partnership.

Today’s action sends a clear signal that the United States will fully implement CAATSA Section 231 and will not tolerate significant transactions with Russia’s defense and intelligence sectors. I also urge Turkey to resolve the S-400 problem immediately in coordination with the United States. Turkey is a valued Ally and an important regional security partner for the United States, and we seek to continue our decades-long history of productive defense-sector cooperation by removing the obstacle of Turkey’s S-400 possession as soon as possible.

The S-400, a mobile surface-to-air missile system, is said to pose a risk to the NATO alliance as well as the F-35, America’s most expensive weapons platform.

Despite warnings from the United States and other NATO allies, Turkey accepted the first of four missile batteries in July 2019. A week later, the United States cut Turkey, a financial and manufacturing partner, from the F-35 program.

Under the Countering America’s Adversaries Through Sanctions Act, which Trump signed in August 2017, Turkey faced potential economic sanctions for accepting the Kremlin’s missile system. Trump had not yet imposed sanctions on Turkey.

“Turkey is a valued ally and an important regional security partner for the United States, and we seek to continue our decades-long history of productive defense-sector cooperation by removing the obstacle of Turkey’s S-400 possession as soon as possible,” Secretary of State Mike Pompeo wrote in a statement announcing the sanctions.

The sanctions put a ban on all U.S. export licenses and authorizations to the Republic of Turkey’s Presidency of Defense Industries as well as an asset freeze and visa restrictions on the organization’s president, Ismail Demir, and other top officers.

“Well, it’s about damn time. Strong, well-tailored sanctions are painfully overdue,” said Thomas Karako, director of the Missile Defense Project at the Center for Strategic and International Studies, when asked about the sanctions.

“The details will matter a lot. This could turn out to be a softball. If the sanctions are to be meaningful, they can’t be mere token,” Karako added.

The timing of the sanctions, more than a year after the delivery of the missile system, could have the potential to rock relations between Ankara and Washington for an incoming Biden administration.

State Department officials downplayed the timing, saying that the process of implementing sanctions was “very serious” and “deliberative.”

“It took time to work through this complex set of issues, including, in particular, the fact that Turkey is a NATO ally, so I would not read too much into the timing of this and why today and not yesterday or three months ago,” said Matthew Palmer, deputy assistant secretary in the Bureau of European and Eurasian Affairs, during a call with reporters. “This is the time that was necessary for us to conclude that deliberative process.”

In October, both the departments of Defense and State condemned the apparent missile test off Turkey’s Black Sea coast.

“The United States has expressed to the Government of Turkey, at the most senior levels, that the acquisition of Russian military systems such as the S-400 is unacceptable,” State Department spokeswoman Morgan Ortagus wrote in an emailed statement at the time.

“The United States has been clear on our expectation that the S-400 system should not be operationalized,” she added.

“We object to Turkey’s purchase of the system and are deeply concerned with reports that Turkey is bringing it into operation,” said chief Pentagon spokesman Jonathan Hoffman in an emailed statement. “It should not be activated. Doing so risks serious consequences for our security relationship.”

In multiple efforts to deter Turkey from buying the S-400, the State Department offered in 2013 and 2017 to sell the country Raytheon’s Patriot missile system. Ankara passed on the Patriot both times because the U.S. declined to provide a transfer of the system’s sensitive missile technology.

“We have repeatedly tried through our diplomatic overtures to find a way to resolve this by means that don’t involve the imposition of these mandatory sanctions,” explained Christopher Ford, assistant secretary for International Security and Nonproliferation, during a call with reporters.

“We have also repeatedly offered them military equipment to help meet their operational needs in a way that doesn’t trigger sanctions and that is, in fact, a better answer in terms of the NATO interoperability of the Turkish Defense Forces. Unfortunately, Turkey turned down every single one of these efforts over the past several years now,” Ford said, adding the United States had “no choice.”

The S-400, the successor to the S-200 and S-300 missile systems, made its debut in 2007. Compared with U.S. systems, the Russian-made S-400 is believed to be capable of engaging a wider array of targets, at longer ranges and against multiple threats simultaneously.

Will the NATO countries also slap the same sanctions on Turkey?