US Courts Scared To Side Trump In Fear Of Riots? 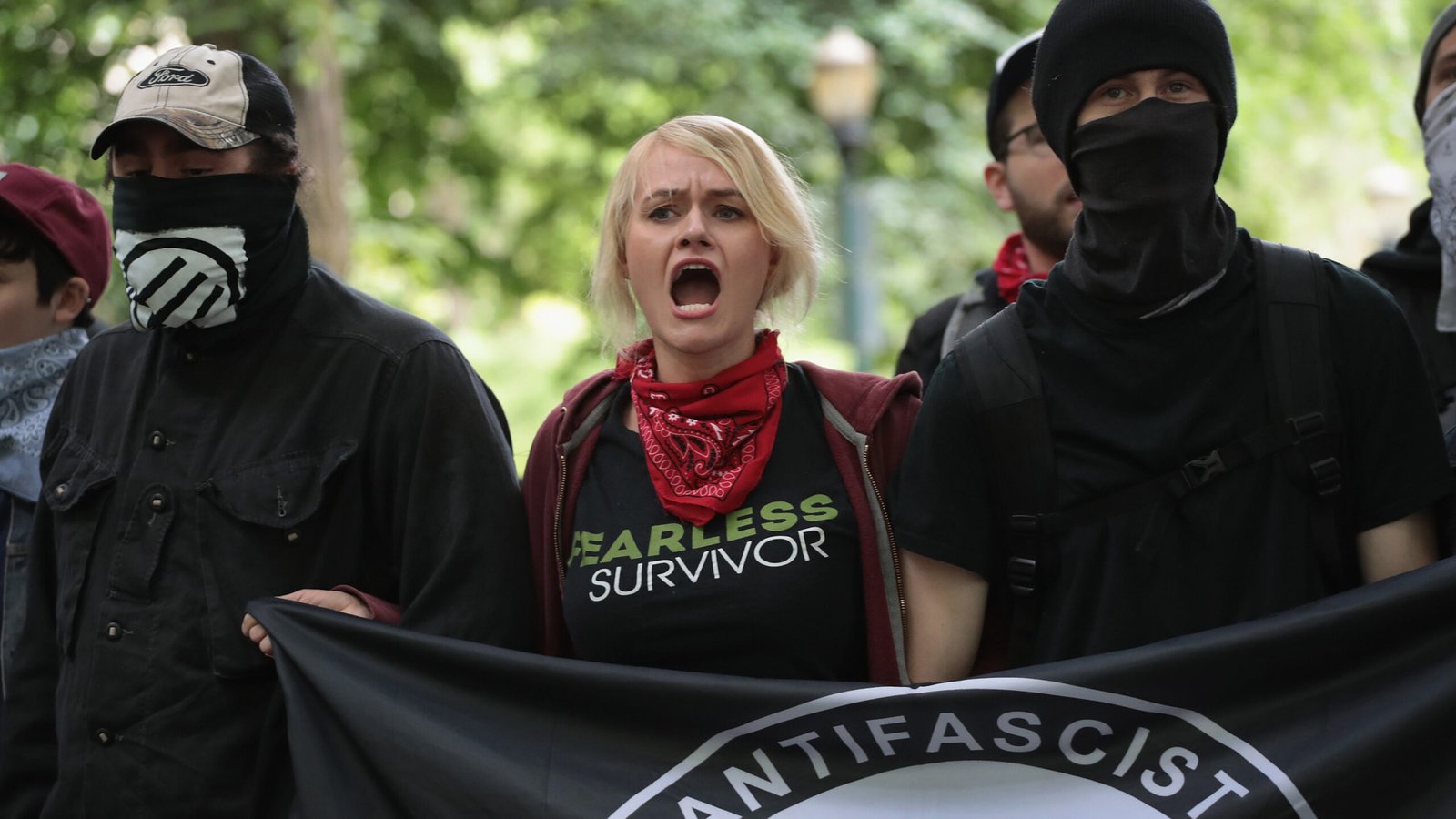 Are US Courts scared to side Trump in fear of Riots? Is the Independence of Judiciary compromised with threats of riots by leftist Antifa terrorists and the leftist/Liberal politicians inciting the riots in the name of BLM and Antifa?

An article was published on redstate.com written by Scott Hounsell. We are reproducing the article that raises some valid questions regarding the Ridiculously Dangerous Precedent set by the Supreme Court of United States.

Since the founding of our Country, there’s been a process for everything. In March 1976, Schoolhouse Rock taught us about the process for a bill and how laws are made. Routinely, people are destroyed on “Are You Smarter Than A 5th Grader,” with questions about the legislative process. The United States Constitution as well as many of the States’ Constitutions and Charters, all contain instructions of the process. That process includes the passage of bills out of both houses of the legislature (in the 49 bicameral states, I’m looking at you Nebraska), those bills to be signed by the Executive, and the Courts decide whether or not those laws follow and are in line with the Constitution, should they be challenged.

Legislating from an Executive office is never to happen. As a result of a lot of executive action on COVID-19 restrictions, numerous legal challenges have been launched to place boundaries on the out-of-control use of power. For instance, some executives have placed restrictions on the free exercise of religion in some states and municipalities under the guise of protecting citizens from exposure to the virus. Numerous courts across the country have found these orders to be unconstitutional, not only because they deny people of their Constitutional rights, but because those states didn’t follow the Constitutional process to institute the orders.

In the 2020 election, there were numerous orders from State and County officials that were alleged attempts to allow for people to vote by mail, to stop the spread of the SARS-CoV-2 virus. Those attempts included universal vote-by-mail orders within certain states, and changes to the ballot return rules, which extended the time which voters had to return their ballots. In Pennsylvania for instance, a law, passed by the Commonwealth, was struck down by the courts. Instead of sending them back to the drawing board to alter the law to meet the bounds set by the activist judges of the courts, the courts themselves changed the law, contrary to the Constitutional process. Attorneys General and Secretaries of State across the country, refused to enforce certain laws, even under orders from the Supreme Court of the United States.

These actions created a discrepancy between States that followed the rules and law to conduct their elections and those states that changed the rules and the laws outside of the Constitutional process to create for themselves an unfair advantage. Exclusively, the states and counties that changed the rules outside of the Constitution, were blue. In Arizona, blue counties extended deadlines and changed counting rules to favor those blue voters. In Georgia, counties changed counting rules, conducting the count absent the watchers who are allowed by law, to oversee the process. In Wisconsin, Dane County elections officials presided over the largest return of mail ballots in the State’s history, largely because of rules changes instituted by county elections officials. Most egregiously, Pennsylvania Elections officials and the Attorney General ignored orders from two courts, including the United States Supreme Court to count ballots from unconstitutional changes to the elections process instituted by executive order and judicial advocacy.

When Texas’ Ken Paxton filed his suit with the United States Supreme Court, he did so with all of these above issues in mind. He saw how legitimately unfair it was that Texas and other states could conduct elections with rules instituted by their various legislatures, within the bounds of Constitutional guidelines, yet other states could simply change their rules to be able to send out ballots, collect them, and count them, from voters who likely either would have never been engaged or worse, were cast through illegitimate means.

The Supreme Court didn’t even hear the case. It isn’t like they heard the arguments or allowed for the public to be a part of understanding the complexity of the Paxton suit. Instead, they refuse to hear it because States are allowed to set and follow their own election rules, even when those rules are unconstitutional or ignore the Constitutional process. The dissenters, Alito and Thomas, both felt there were merits to the case that warranted the case being heard. The seven other Justices, including the three Trump appointees, all vote against hearing the case.

This decision should have been 9 to 0 in favor of hearing the case, and later, 9 to 0 in favor of striking down all edicts, orders, and rules that were changed outside of the Constitutional process, and invalidating all of the ballots cast under such rules. While this certainly would have eliminated some ballots cast through legitimate means, by voters who were truly interested in the process, that elimination would have not been the fault of anyone other than the people who changed the rules outside of the Constitutional bounds set forth by the US Constitution and the Constitutions and Charters in various states. It is inherently unfair to those states that could follow the process. It is a denial of the rights of law-abiding states, counties, and voters, in the interest of potentially denying the rights of, at best, a well-meaning unconstitutional and unlawful voter. It said to states and counties, “Go nuts! Do whatever you want with your election law and as long as someone doesn’t challenge it from within your state, you’re golden.” In other words, if a state and activist judges decided to ignore the Constitutional process, for whatever reason they deem necessary, those changes cannot be challenged by other states, for any reason, whatsoever.

It is a dangerous precedent to set, as it neuters the Court in being the standard-bearers of Constitutionality for future interstate challenges to election laws. In this particular case, Texas was seeking to have states enforce their own laws and Constitutional restrictions. The Supreme Court decided, in part, to allow States to ignore any law or Constitutional mandate. Even worse, 7 justices decided that Pennsylvania’s ignoring of a Supreme Court order was permissible. Essentially, the United States Supreme Court has abdicated its Constitutional power to the executive. For instance, what is stopping any state from introducing discriminatory laws? Should the Supreme Court issue an order to prevent the enforcement of that law, what motivation, if any at all, does any state or county have to follow that order? Josh Shapiro, who likely belongs behind bars for Contempt, now has less-than-zero motivation for ever following a Supreme Court order in the future.

In 2 to 4 short years, we will be conducting another election. What, at this point, stops red states from instituting sweeping reforms that provide an unfair advantage to the right? If a state is free to decide their own election and electoral laws and they are free from out-of-state challenges to those laws, why wouldn’t they choose to institute every advantage they want for their House and Senate races? If ignoring the Court carries with it no punishment, has the Supreme Court essentially made themselves completely irrelevant? Do States have any recourse against other States that engage in unconstitutional acts and will they ever be able to challenge them again?

About the Author : Scott is a former campaign and public affairs consultant with a flair for the sarcastic. Aside from writing, Scott enjoys traveling, photography, playing the piano, and hanging out with his two kids. Professionally, Scott has worked on campaigns across the Western United States, and owned a political consulting firm until 2018, when he returned to school to get his MBA from George Washington University. Scott has studied in Germany, Sweden, and Morocco. Follow Scott on Twitter @Hounsizzle and listen to him and Jennifer Van Laar on Sounds Right with Jen and Scott found on all your favorite podcast streaming services.

We ask the same questions as mentioned above. Are US Courts scared to side Trump in fear of Riots?

Is the Independence of Judiciary compromised with threats of riots by leftist Antifa terrorists and the leftist/Liberal politicians inciting the riots in the name of BLM and Antifa?

Does that mean that rioters and the persons organizing the riots can terrorize the Supreme Court with threats of nation wide riots and Supreme Court will be cowed down by these lame threats?

Can President Donald Trump proclaim nation-wide emergency, appoint a special prosecutor to investigate all the allegations of election frauds and withhold all election results until these allegations are investigated beyond reasonable doubt and the politicians found guilty be debarred to enter into political life in future?