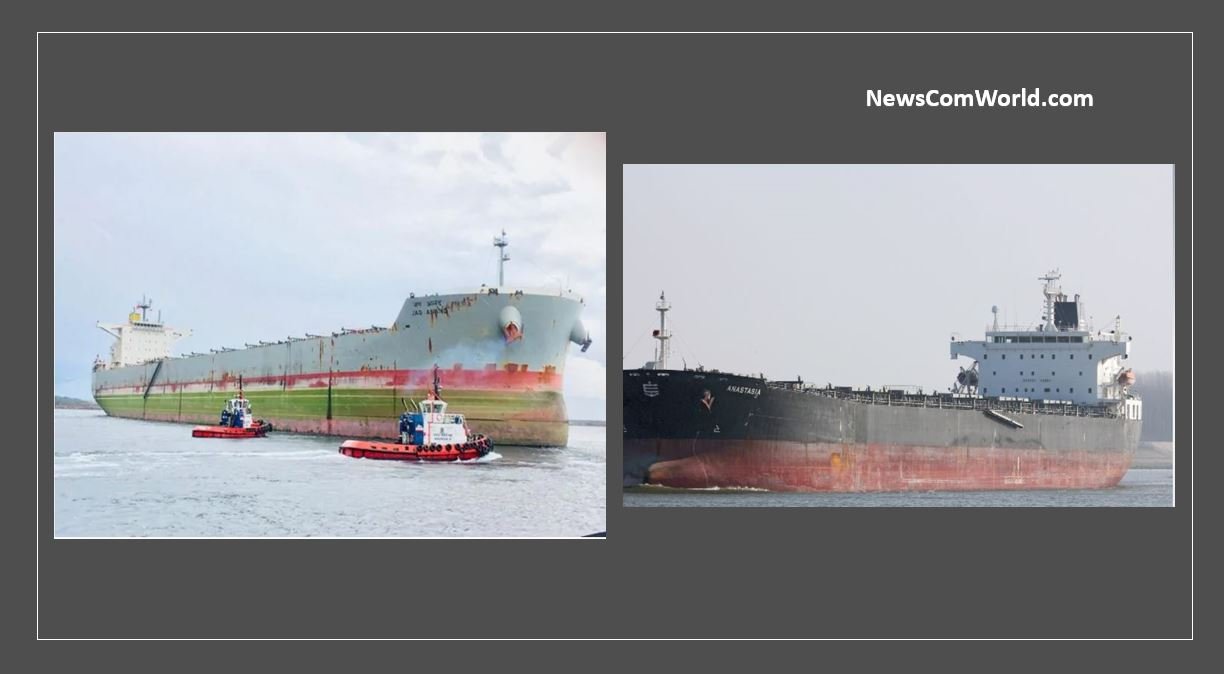 Indian Sailors are held in coercive custody by China since June 2020. 39 Indian sailors are stranded on two merchant vessels in Chinese waters since June 13 which as China has denied to offload the cargo containing Australian Coal on Chinese Ports.

The Indian sailors are on MV Jag Anand and MV Anastasia which are carrying Australian coal but have not been allowed to discharge their cargo. The situation is believed to be the outcome of the China-Australia trade row on one hand and Chinese Enmity with India for joining Quad with United States, Australia and Japan on the other hand.

India said on Friday it is looking at several options to assist 39 Indian sailors stranded on two merchant vessels in Chinese waters for months, including a crew change at sea or at a Chinese port, so that the men could be brought home.

India called for “urgent, practical and time-bound” assistance to 39 stranded Indian sailors on board two ships in Chinese waters considering the “grave” humanitarian situation developing in the vessels.

Ministry of External Affairs (MEA) Spokesperson Anurag Srivastava said Indian bulk cargo vessel MV Jag Anand has been on anchorage near Jingtang port in Hebei province of China since June 13 and it has 23 Indian sailors.

Another vessel, MV Anastasia, with 16 Indian nationals as its crew is on anchorage near Caofeidian port in China since September 20, he said.

Mr Srivastava said both these vessels have been waiting for discharge of their cargo and there is a growing stress on the crew members on account of the long delay.

“Given this and our concern for the increasingly difficult conditions for our crew members, these two cases are being pursued vigorously,” he said responding to a media query on the matter.

Mr Srivastava said the Indian Embassy in Beijing continued to remain in close and continuous touch with the Chinese authorities in Beijing, Hebei and Tianjin, adding the MEA is also following up on the matter through the Chinese Embassy in New Delhi for “an early resolution”.

The Chinese foreign ministry also said in late November that a crew change wouldn’t be feasible at Jingtang port and that local authorities would examine requests from shipping companies for crew rotation at Tianjin port. Following this, shipping companies were asked to expeditiously file crew change applications, he said.

All China is ding is the lip service to hold Indian crew on board both the ships as hostage. “We have noted the statements of the Chinese side, expressing their willingness to extend their assistance in this matter. We expect that this assistance will be provided in an urgent, practical and time-bound manner, given the grave humanitarian situation that is developing on board the ships,” Mr Srivastava said.

He said the Indian Embassy has repeatedly taken up the issue with both the Chinese ministry of foreign affairs and the local provincial authorities, requesting that the ships be allowed to dock and/or the crew be allowed to be changed.

He said several other ships from different countries were also awaiting their turn to unload their cargo at Chinese ports. “Our embassy in Beijing continues to remain in close and continuous touch with Chinese authorities in Beijing, Hebei and Tianjin. The ministry is also following up through the Chinese embassy in New Delhi for an early resolution,” he said.

However he did not say anything if India and other countries are also planning similar action against Chinese Cargo Ships in their territorial waters in retaliation.

Hypocrite China holds cargo ships from other countries at its Ports for months, while expects Chinese cargo ships to be cleared in other countries ASAP. More than 20 Bulk carriers including capesizes and panamaxes carrying Australian coal have been lining up at major coal ports in north China, waiting to unload cargo at Tangshan’s Jingtang Port for around five months, due to the import restrictions China has implemented on Australian coal. There are also many ships under the same situation at nearby Caofeidian Port and Huanghua Port.

China has often adjusted its coal import policies in the past couple of years as a tool to control its domestic market and occasionally impose restrictions on import shipments to encourage demand for domestic supply.

Australia, which exports 90% of its iron ore to China, has been a vocal opponent of China’s telecoms company Huawei, and has also joined the US in opposing China’s maritime claims in the South China Sea. It was also the first country to come out and call for an international enquiry into China’s handling of Covid-19.

Shouldn’t Australia, India and other countries ban all imports from China and instead explore markets in friendly countries?

Shouldn’t other countries also hold Chinese vessels and their crew captive in their waters for months to send a strong message?

As China holds cargo ships from other Countries at its Ports for Months, what is stopping other countries like Australia, India and others to hold Chinese cargo ships at their ports indefinitely?

Big question is after the Bio-Terrorist China launched its Bio-weapon attack on the entire world killing over 1.26 Million people worldwide using its Bio-weapon Chinese Corona Virus, why is the world still importing and exporting to the same Bio-Terrorist? Shouldn’t all the countries unite and place trade sanctions on China?