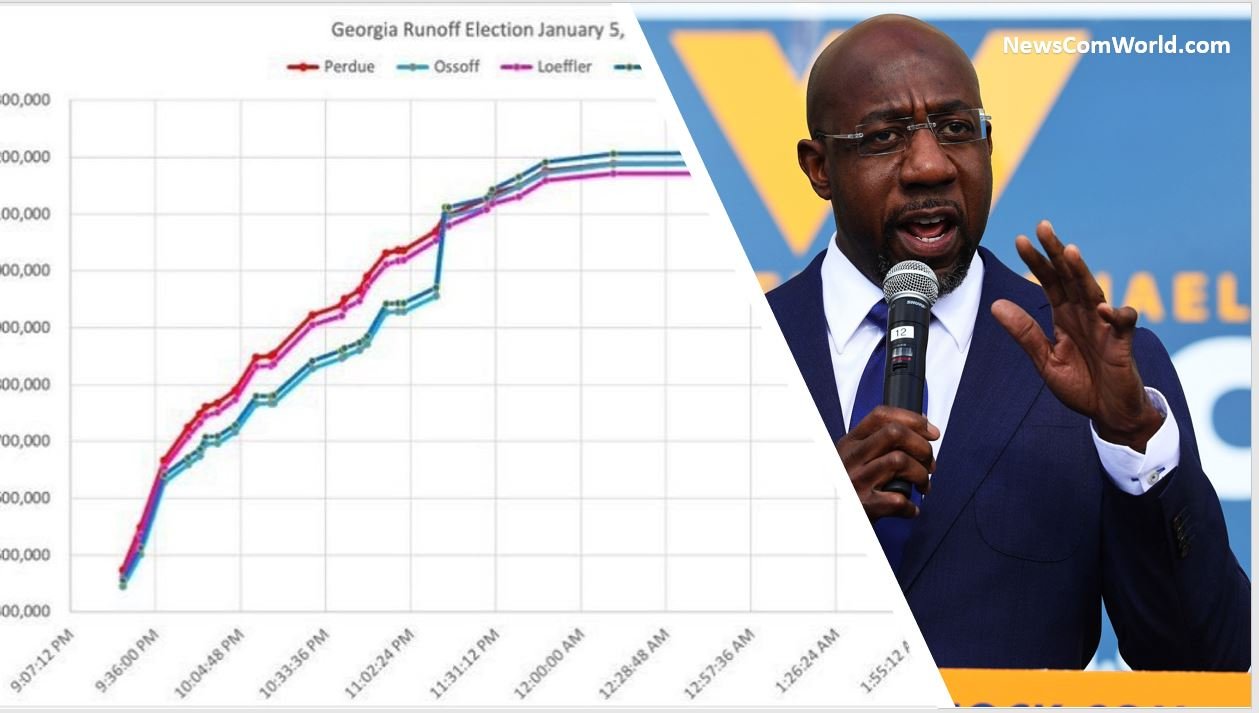 Democrats repeat Georgia again. It looks like what happened with Trump in Michigan, Wisconsin states is repeated in Georgia again. This time, it looks like the Democrat candidates got another spike pushing them over Republicans again.

The AP called the race for Warnock at 2 AM ET.

The Georgia twin senate runoff went exactly the way it was expected.

There were several reports of Dominion machines breaking down in heavily Republican precincts where the voters were told the elections officials will scan their ballots later.

Poll observers in Fulton County on Tuesday were being blocked by barriers.

Single individuals were scanning and adjudicating ballots without Republican observers at the World Congress Center.

Scandal-plagued DeKalb County had to rescan advance ballots in Georgia’s senate race because of a “memory card issue.”

The sudden spike in favor of Democrat candidate Warnock is unexplained. There is a lot of frustration in people that the sudden uneplained spike is repeated.

Will the sudden spikes be explained?