Did China launch another major Bio-Weapons Attack on India and World using Migratory Birds as a carrier? This is the question people are asking and need Investigation against Bio-Terrorist China and if found guilty, punitive actions need to be taken against China.

Thousands of birds have been found dead along the shore of India’s biggest inland saltwater lake in Indian State of Rajasthan.

The birds were discovered around Sambhar Lake, 80km (49 miles) south-west of the city of Jaipur, in the northern state of Rajasthan.

Similar reports have been received from different states in India.

RT-PCR testing of samples of five dead Bar-Headed geese conducted at the National Institute of High Security Animal Diseases (NIHSAD) in Bhopal found all birds positive for the H5N1 avian influenza virus, according to the report.

Around 1,800 migratory birds, most of them Bar-Headed Geese, have been found dead in the lake sanctuary so far.

“The laboratory at the Indian Veterinary Research Institute (IVRI) in Bareilly had detected avian influenza in the samples of dead birds, according to information conveyed to us by the Centre Monday. We were awaiting confirmation by NIHSAD as it is the nodal body for detecting this disease,” said Principal Chief Conservator of Forests (Wildlife) Archana Sharma. She added that the Northern Regional Disease Diagnostic Laboratory in Jalandhar has also suspected avian influenza in the bird samples.

Dr VK Gupta, joint director of the Centre for Animal Disease Research and Diagnosis (CADRAD) at IVRI Bareilly, where the preliminary testing was conducted, said the samples had tested positive for antigens associated with influenza. The samples were then sent to the laboratory in Bhopal for a confirmatory test and to identify the type and strain of the virus, he added.

While flying over the Himalayan ranges, the migratory birds reach a height of 26,000 feet. It is now known that they fly up to 200 miles or 321 kilometres every day.

These migratory birds are by no means fragile. They survive a harsh migration, flying some 6000 kilometres to Khichan on the Thar desert from Mongolia and China.

The global migration paths are divided into a fixed number of segments based on the destination of the birds. One such flight path and one of the most major one is the Central Asian Flyway which covers a major part of Central and East Asia with India as the destination. This is a major annual migration where birds spend the winter months in a more moderate climate in India.

These migratory birds taking the same paths for millennia play a major role in the ecosystem spread across the source, destination and halting points in between.

It so happens that sometimes, these birds act as unwitting carriers of pathogens which wreaked massive destruction in the path. Nothing can be more popular as the avian flu outbreak a decade ago where it is noticed that a strain of avian flu which originated near Qinghai Lake in China. A research paper published on the topic reads thus.

One would notice that the notorious H5N1 strain first detected in China in 1996 was spread far and wide wreaking massive destruction in East India to the poultry industry using these bird migration paths. In fact, it’s not a straightforward path – originating neat Qinghai Lake and then zigzagging between Qinghai, Astrakhan and Lhasa before breaking into India.

In this regard, it comes as no surprise when we notice that another strain of avian flu attacked the birds of Central Asian Flyway as it would be an evolutionary or engineered variant of an older variant of Avian Flu. Since the older one originated in China and spread across the whole stretch from Pacific to Caspian, it would have been meaningless blaming any country except the source of the origin and the world moves on as if it’s another virus prancing around the world.

But, this time it’s different. China has just unleashed one of the biggest pandemics in world history and is stonewalling all attempts to research the origins – accountability is a far fetched ask in the current state of affairs. Just yesterday on 5-January 2021, WHO lamented that China is blocking access to COVID research, commonly derided as Wuhan Virus or the Chinese Virus.

On the other hand, China is in a major military stand off with India with no hopes of taking it to a successful conclusion in its favor. To further highlight the massive resources deployed by either country, it is educative to note that Chinese military dominates the local population by a factor of more than three times in the district of Ruthog which is the area of a major standoff.

In this regard it makes one wonder if this new Avian Flu strain which attacked India and has a full potential to disrupt Indian economy in the thick of a pandemic and a major border standoff is actually introduced by China with the explicit aim to target Indian economy.

Whether it’s a natural evolution or a lab engineered strain of the Avian Flu virus, it should be obligatory for the world to open an investigation into this new virus outbreak and demand access and answers from China in an attempt to stop the outbreak from becoming a global pandemic of the scale of COVID.

As per an Expert, these Migratory birds travel not only to India but other neighboring countries in Indian Sub-Continent. India public has been vocal against the Bio-Terrorist China that killed over 1.87 Million people worldwide. Indian Public has gone to the extent of boycotting Chinese products. India has also joined Quad alliance along with the US, Australia and Japan. China is rattled with the kind of retaliation from Indian public. As a result China launched this another Bio-Weapon attack this time H5N1 avian influenza virus using the Migratory Birds that China knows will travel to different locations in countries in Indian Sub-Continent.

The Modern age war is not only fought with conventional or Nuclear weapons. China has given a new concept the way the wars are fought. Infect the opponent countries with deadly virus so that the enemy countries resources are tied up in fighting the Viruses and then attack the country when it is vulnerable and seize control of their territories. This is what China is doing now.

It is easy to put the blame on the Climate Change and pollution but the habitats where the birds are dying are distant from the Human population and have nothing to do with the pollution.

What is the origin of this virus? Should the world investigate China to trace the reason for the virus?

If this turns out to be a bioengineered virus or a deliberate insertion to harm the already beaten down global economy, how should the world address this?

There are already reports that the virus originated in CIS and not in China. What should be done to ensure that the focus should be on China before it is cleared of any role in the pandemic? 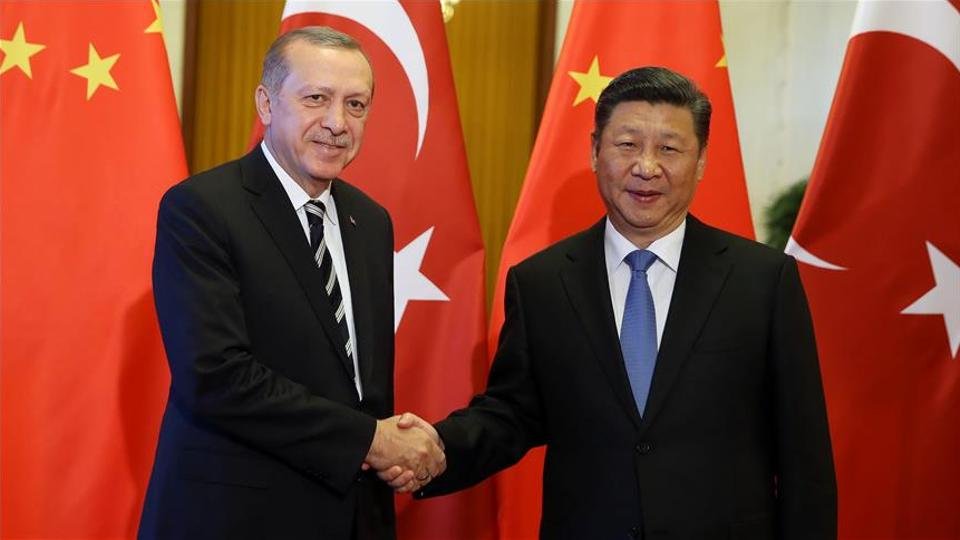