Why is Ted Cruz Standing Firmly Behind Trump – Atleast Till The Riot? 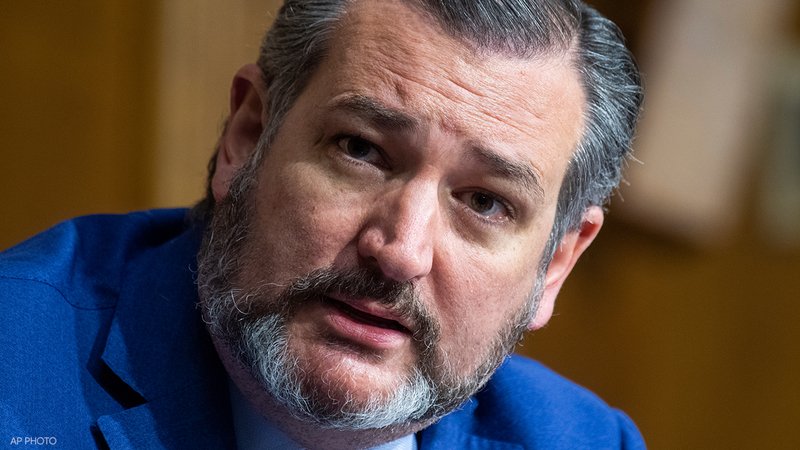 After an interesting showdown at the Capitol, along with Trump, anger was turned against Ted Cruz. One may ignore Trump and his acts but it’s not that easy to ignore Ted Cruz. So, why is Ted Cruz standing behind Trump that firmly? Was he also fooled or did he have any reasons to side a person derided as irrational and incompetent by the American media risking his political future?

An Indian Politician once said, Power Corrupts and the Prospect of Losing Power Corrupts Absolutely. Wednesday’s events in Washington DC may make one feel the same about President Trump – he is addicted to power and refuses to go down – and had to be taken down like an African despot. But, is it that straight forward?

Trump’s allegations were same and consistent – he is cheated of Presidency through rigging. In fact, there is some merit in the argument – merit arising more from the fact that his arguments are derided and stonewalled more than anyone attempting to address them. In an unprecedented move, we have seen private companies like Twitter and Facebook censor the President of America without any concern for rules and laws of the country.

Caught in this crossfire is Ted Cruz. What explains a seasoned politician of his calibre to fall into a trap that easily? Or are there any personal interests for him to side Trump? Looking at it closely, it’s not that hard to understand why Ted Cruz decided to stand behind Trump.

One can argue the same based on three different propositions

There is a genuine vote fraud

In the 2020 election, there were numerous orders from State and County officials that were alleged attempts to allow for people to vote by mail, to stop the spread of the SARS-CoV-2 virus. Those attempts included universal vote-by-mail orders within certain states, and changes to the ballot return rules, which extended the time which voters had to return their ballots. In Pennsylvania for instance, a law, passed by the Commonwealth, was struck down by the courts. Instead of sending them back to the drawing board to alter the law to meet the bounds set by the activist judges of the courts, the courts themselves changed the law, contrary to the Constitutional process. Attorneys General and Secretaries of State across the country, refused to enforce certain laws, even under orders from the Supreme Court of the United States.

Many evidences had been provided by Republicans however US Judiciary was too afraid to decide in favor of Conservatives for fear of riots by Antifa Terrorists.

As per the whistleblowers, Biden is implicated in Dominion Voting Scam connected to Serbia. High-level whistleblowers exclusively tell NATIONAL FILE that Dominion Voting Systems has been a “national security threat” for years and its machines, programmed in Serbia, are known for vote-flipping like the kind that Dominion was caught engaging in during the 2020 presidential election in Michigan. According to whistleblowers, Democrat presidential candidate Joe Biden personally visited Serbia to take part in a scheme that gave Democrats control of America’s Dominion voting machines in coordination with Eric Holder’s Justice Department. The plot is also linked to the Chinese, the Clinton Foundation, and George Soros.

The vote steal happened not once. Sudden spikes in votes have been the main highlights of the US Elections 2020.

President Donald Trump worked hard to build the wall on Mexican Border during his tenure, the Great Wall that has prevented large number of illegal migrations from south

Everything was the wall, the wall, the wall, and it got bigger and bigger because they figured it was no way to get it financed because it’s massive. You know it’s thousands of miles. The whole thing is, it’s a massive project. It’s one of the biggest. It’s actually one of the biggest projects, government projects ever. The wall had a huge impact. Nobody gets through this wall. This wall is everything the border patrol wanted.

In words of President Donald Trump, “Wall was the craziest thing. You’d catch somebody, even a murderer, and then you’d release them into our country. And then you’d say, you have to be back here in two and a half years to go to trial. And nobody would come back, only the very dumbest would come back. Okay? And that was about 1%. No, that was about 1%. And it was crazy, catch and release. I mean, there were many programs like that, we got rid of most of them. And it’s not easy to get rid of them, you had to go through all sorts of hoops. But I got rid of catch and release. We have a very good border now. Now only people that come in legally are coming in. Well, the wall made a tremendous difference. But you notice, you never hear about the wall anymore.“

Here are some points to consider:-

The way Arizona, Georgia and other states fell, it’s a matter of time Dems will swamp the major two cities with their voters and Texas will be lost forever to Republicans

If Texas falls due to demographic engineering, what’s the chance that a Republican will ever come to power again in USA?