Peace In The Indian Subcontinent – Is Pakistan Serious? 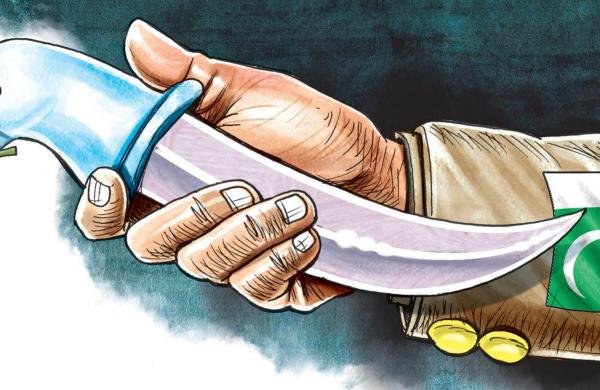 Accepting and agreeing to a ceasefire proposal from an adversary is always good sense. However, taking that beyond to anything more substantial has to be viewed against the backdrop of previous experience, the history of peace overtures, the compulsions that brought about the proposals and our own strategic interests. We seem to be living in an era of reset, the backdrop of which has Pakistan Army Chief General Qamar Bajwa choosing a serious platform, the National Security Division’s Islamabad Security Dialogue, to deliver a carefully drafted address that spoke of his nation’s comprehensive security, with economics and cooperation at its core and the advantages of its geostrategic location as the theme. The address gloved within it only a short reference, actually just one paragraph, with a clear and focused reference to India. Within that he conveyed three points. First, without the resolution of Kashmir through peaceful means, the process of subcontinental rapprochement is not possible. Second, that it was time to bury the past and move forward. Third, that the onus lay on India, which has to create a conducive environment, particularly in Kashmir. In international politics this is not unusual. Attempting to take a high horse of morality at the outset and trying to speak down to an adversary should never surprise anyone. What Pakistan says in public is for internal consumption and for image management; the truth will be spoken in private and in back channels.

The history of the last 30 years clearly reveals four attempts at rapprochement; none of them stayed the course due to actions initiated from Pakistan. In 1999, Atal Bihari Vajpayee undertook a journey of peace to Lahore. Within four months, the Indian Army was launching high-altitude attacks in Kargil where Musharraf had emplaced his regular soldiers at the heights. The second effort at Agra, again at the behest of Vajpayee, met the one condition that most analysts allude to for success in Indo-Pak relations; the existence of a strong nationalist political leadership in India along with the Pakistan Army at the helm on the other side. Yet the Agra summit was a disaster. The third attempt was in middle to late 2003, by when Musharraf was viewing Vajpayee with awe and was willing to risk engagement after the experience of Operation Parakram. Five years of back-channel engagement with Musharraf’s four-point formula and Manmohan Singh’s doctrine of irrelevant borders facilitated by a successful ceasefire at the LoC and reduction in violence in Kashmir ended with the Mumbai terror attack on 26/11. The fourth attempt was made by Prime Minister Narendra Modi. He initiated it with his Ufa meeting with Nawaz Sharif in July 2015; this was followed by the meeting of the NSAs at Bangkok and Sushma Swaraj’s visit to Islamabad for the Heart of Asia Conference. After these, there was Modi’s surprise visit to Lahore while returning from Kabul, which could have seen the beginning of a transformational effort. Pathankot, Uri and Nagrota with spiked resistance from Pakistan-sponsored separatists and terror groups ensured this initiative’s death knell.

Related Article How Many Chances Should Pakistan Be Given Even After It Shows No Intent To Change?

So what has changed in Pakistan that we can in some way foresee a different course ahead for the nascent overtures from General Bajwa, which have been sandwiched between sanctimonious explanations of Pakistan’s strategic and economic worth? It’s not the words of the speech but the extant situation in Pakistan’s political, economic and social fabric that will make the difference. With lives of 200 million at risk, the Pakistan leadership cannot take this lightly. Has the most serious internal threat abated in any way? Radical Islam is all-pervading and far too many times, the Pakistan Army has pandered to the demands of the jihadis. It may not be long before demands are made towards giving more energy towards recalibration of the so-called Kashmir struggle. We are aware that Musharraf’s efforts also came to naught largely because his Corps Commanders were not with him. Internal dissension within the Pakistan Army is a common phenomenon and the composition of the deep state that runs its strategic affairs remains dynamic. Thus the opinion of the Army Chief may not always be supported by other stakeholders. General Bajwa has been known to be a pragmatist. Those who know him speak of his intellectual orientation and broad opinion in favour of rapprochement with India. He did allude to it a couple of times with the media, which got stamped as the Bajwa Doctrine.

In India, logical cynicism is bound to emerge although mainstream media is of the opinion that giving peace a chance is always good policy. Cynicism has its reasons. Bajwa and Imran Khan expect India to take the first steps to create a conducive environment in J&K; what that means from a Pakistani perception is anybody’s guess. It would start with the rollback of Article 370 and 35A, restoration of statehood, reduction in the deployed strength of the Army, ceasing all operations in the hinterland, and giving the anti-India and pro-Pakistan elements the freedom to operate as they wish. In other words, for Pakistan, normalcy in J&K means the creation of the environment for a UN-led plebiscite. None of this is anywhere on the cards, which means the start point of Pakistan’s effort at rapprochement is flawed. It’s not the heavy lifting with which such an effort can start; there are low-hanging fruits that can be identified and Siachen is definitely not one of them, as many in the senior leadership of the Pakistan Army may imagine. The restoration of full diplomatic relations, reduction of rhetoric, medical visas, religious tourism and even sports and games are all contributive towards betterment of ties. As long as turbulence in J&K is at a low key, it will be within India’s threshold of tolerance. It’s the ceasefire violations, violence in the streets and big-ticket terror attacks such as Pulwama that have to be avoided at all costs. India already controls J&K with drastically reduced levels of violence and far better freedom from controls. It’s early yet but a back channel with Pakistan could actually be helpful at this stage.

Will Terrorist Producing Factory of the World, Terroristan Pakistan shut down its terrorist producing factories? Will Pakistan stop infiltrating Islamist Radical Terrorists and smuggling of Arms, Ammunitions and Drugs into India?

Or all these peace overtures by Pakistan are for International media consumption that wants to eyewash International community while carrying out its terrorism business as usual?