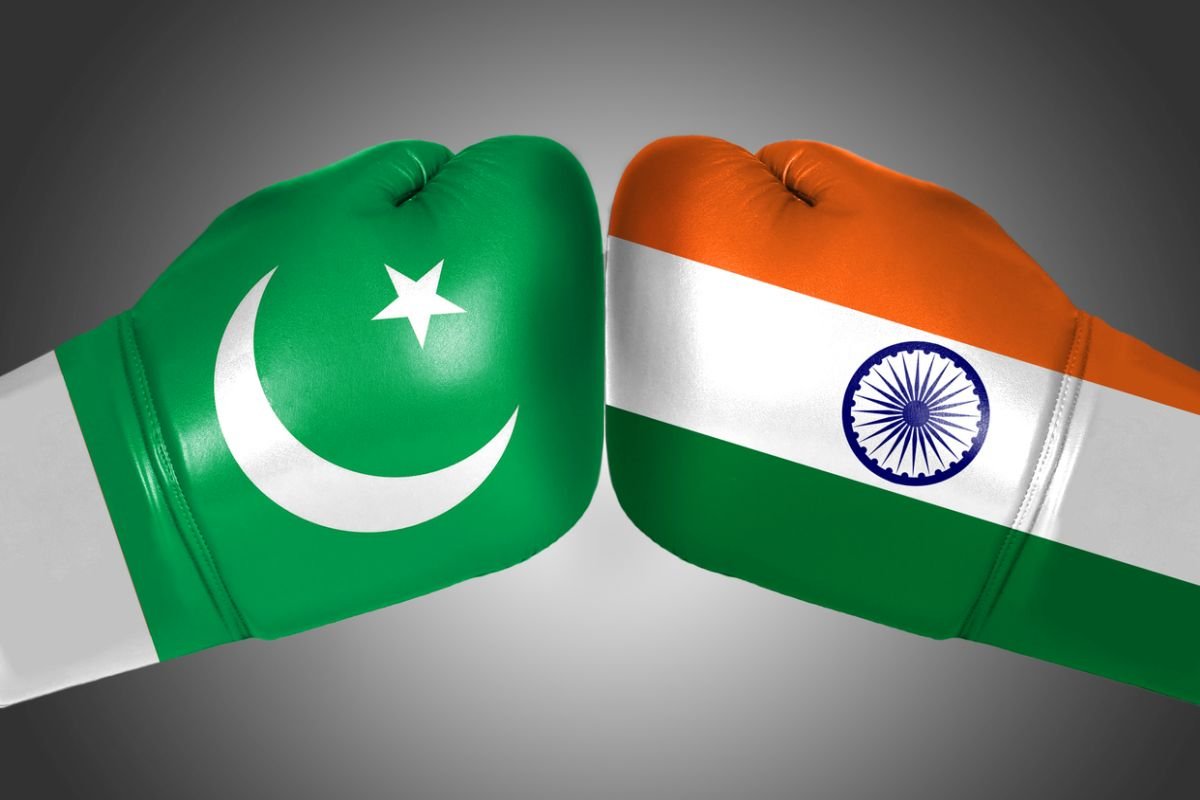 Modi had written to Khan on the occasion of Pakistan’s Republic Day on March 23, calling for peaceful relations between the two nuclear-armed rivals. Pakistan’s Dawn newspaper quoted Modi’s letter as saying, “India desires cordial relations with the people of Pakistan … [and] for this an environment of trust devoid of terror and hostility is imperative.”

India greeted Pakistan over Pakistan Day and like any reasonable country would do, mentioned that terror is the bottleneck.

Dated March 29, Khan’s letter was not officially released by either side but officials, speaking on anonymity, confirmed its contents that were shared widely on social media.

Imran Khan trashed all the rumours of peace with India when he mentioned that the peace was contingent upon resolving Jammu and Kashmir dispute. His words, “We are convinced that durable peace and stability in South Asia is contingent upon resolving all outstanding issues between India and Pakistan, in particular, the Jammu & Kashmir dispute,” Khan wrote in the letter.

In effect, Imran Khan meant, unless 370 is reintroduced only then he will consider Kashmir issue as fixed and only then there can only be peace. Clearly, this means that Pakistan is not interested in peace with India and not even in the welfare of Pakistani citizens in these trying days of COVID.

Before that Imran Khan and his Army Chief General Bajwa had directed their begging bowl to India. To Pakistan’s dismay, no one in India supported giving alms to Pakistan.

This begging by Pakistan did not stop here. Pakistan’s government has made a swift U-turn on plans to allow limited imports of sugar, cotton and wheat from India after a political backlash against the move. Pakistan Finance Minister Hammad Azhar had said the government made the decision “in the interest of the people”.

The Pakistani Finance Minister Hammad Azhar had said on Wednesday that sugar trade was being re-opened with India this year because of the difference in prices in the neighboring country. Source: Dawn

“We have allowed the import of sugar but in the rest of the world too, sugar prices are high because of which imports are not possible. But in our neighbouring country — India — the prices of sugar are much less as compared to Pakistan so we have decided to reopen sugar trade with India for up to 0.5 million tonnes for the private sector.”

The import of half a million tons of sugar would likely have slashed prices by up to 20 percent ahead of the forthcoming fasting month of Ramadan, when consumption soars. The economic committee had also paved the way for three million tons of wheat to be brought in, as well as unspecified quantities of cotton and yarn.

But he forgot to mention that Jammu and Kashmir belongs to India and it was Pakistan Army that with the help of tribal forces attacked India and illegally occupied some parts of Kashmir and holds till date.

Maharaja Hari Singh acceded the complete state of Kashmir including Gilgit, Baltistan, Kashmir, Jammu, Leh and Ladakh to India in 1948. These areas were never acceded to Pakistan. Hence all this is essentially Indian Territory. On the other hand, Pakistan signed a standstill agreement with the ruler but broke it and invaded Kashmir soon after Independence. Pakistan occupied POK by force. Gilgit and Baltistan were amalgamated into Pakistan through British perfidy. Pakistan has consistently denied treating these areas as its provinces. These areas have been in illegal occupation by Pakistan for seven decades.

Wouldn’t it make sense if one would try to look at what the UN Resolution over Referendum and Simla Agreement talk about this?

“1. The Government of Pakistan should undertake to use its best endeavours:
(a) To secure the withdrawal from the State of Jammu and Kashmir of tribesmen and Pakistani nationals not normally resident therein who have entered the State for the purposes of fighting, and to prevent any intrusion into the State of such elements and any furnishing of material aid to those fighting in the State;
(b) To make known to all concerned that the measures indicated in this and the following paragraphs provide full freedom to all subjects of the State, regardless of creed, caste, or party, to express their views and to vote on the question of the accession of the State, and that therefore they should co-operate in the maintenance of peace and order.
2. The Government of India should:
(a) When it is established to the satisfaction of the Commission set up in accordance with the Council’s Resolution 39 (1948) that the tribesmen are withdrawing and that arrangements for the cessation of the fighting have become effective, put into operation in consultation with the Commission a plan for withdrawing their own forces from Jammu and Kashmir and reducing them progressively to the minimum strength required for the support of the civil power in the maintenance of law and order;”

Even though J&K in it’s entirety acceded to India in 1947 a part of which Pakistan occupied illegally and continue to do so even after multiple UN resolution asking Pakistan to vacate it’s illegal occupation, Pakistan continues to spread fake propaganda over Indian land and continues to make it’s civilians suffer more and more.

It should be noted that failure of Imran Khan in all spheres has lead the country and its people in poverty. Inflation is at its peak. As per reports from Pakistani Media, Sugar prices that used to be around 65 PKR in 2017 are hovering around 130 PKR in 2021.

Similarly wheat flour prices are also touching the sky. In spite of a drought and amidst massive shortages, Pakistan is forced to export it’s committed quota of rice and sugar to China, even if it means importing the two commodities at a premium price. As per Pakistan Media, Pakistan exported 150,000 tons of sugar to China while the export of 200,000 tons of rice by June-end 2019.

The condition worsened under the mismanagement of the selected Prime Minister Imran Khan. According to the Pakistan Bureau of Statistics, the country imported over 278,482 tonnes of sugar by both public and private sectors during the July-January period of FY21. The Trading Corporation of Pakistan (TCP) imported 130,000 tonnes of sugar from August-November 2020 for consumption in Punjab, Khyber Pakhtunkhwa and Utility Stores.

Earlier in late 2019 we saw reports of acute shortage of Tomatoes and surge in tomato prices in Pakistan after India withdrew Most Favored Nation (MFN) status to Pakistan. Because of India withdrawing MFN status to Pakistan, Pakistan is forced to import essential commodities at higher prices from other countries that is causing a dent in their budget.

Why does Pakistan even thinks that India would like to do any kind of business with a terrorist nation that has been responsible for sending Terrorists to India, attacking civilians as well as military personnel and smuggling arms and ammunition along with drugs into Indian territory?

Why would India sell anything to Pakistan at cheap rates when International Prices of those commodities are higher?

Why doesn’t Pakistan import its requirements from its masters in China or Turkey?

Why doesn’t Pakistan vacate Pakistan Occupied territories of Gilgit Baltistan and Kashmir including Chitral in order to comply with the UN resolutions as a pre-condition?