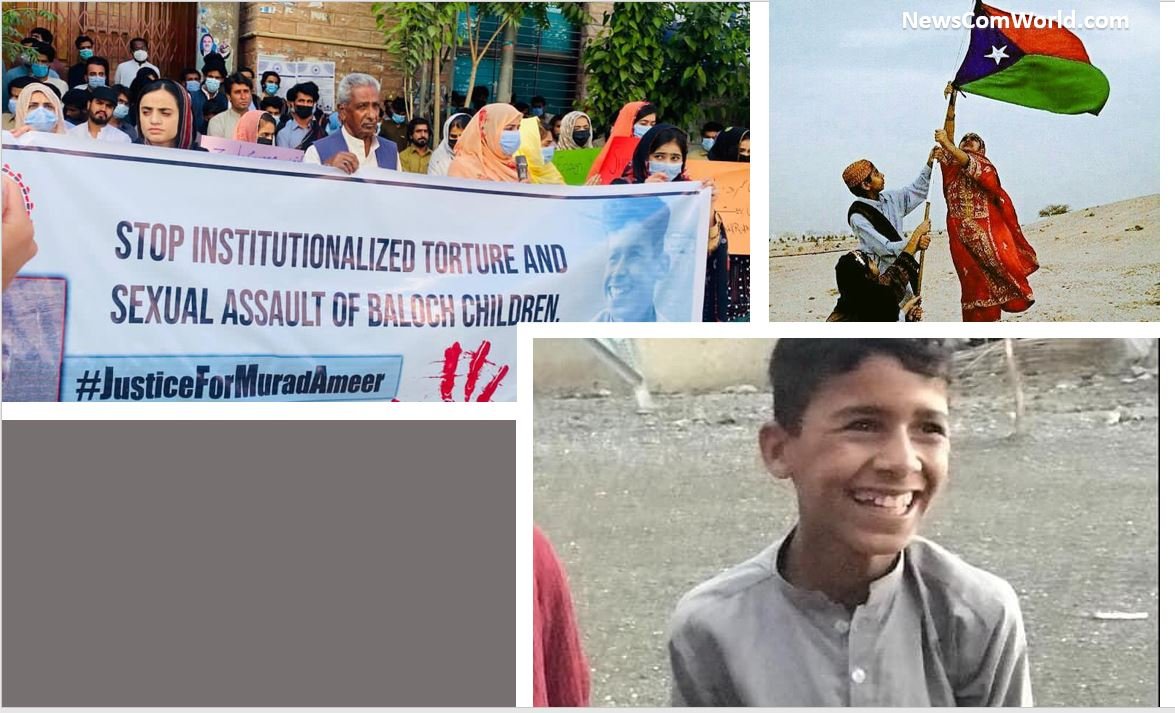 After partition of India, Pakistan came into existence in 1947. And In 1948, Pakistan invaded Balochistan and annexed it. Since then Baloch Nation is fighting with Pakistan for their Freedom. Balochistan is occupied by Pakistan & their people want freedom. So now my readers do better imagine how Baloch people are suffering & which kind of brutalities are they facing on daily basis by an atomic army.

This is the called genocide of Baloch nation…!! The situation of Balochistan has become worst day by day. Balochistan is under control of Frontier Corps. A recent incident has been happened in Hoshap, Balochistan. A Frontier Corps personnel raped a 10 years old kid Murad Ameen, which is very heart wrenching. In the holy month of Ramadan in Balochistan, Pakistan Army personnel has done this evil & shameful act with a kid.

Baloch people have held protests in Different parts of Balochistan like Gawdar, Hoshaap, Kech & in Quetta against this atrocity. Also human rights activists started a twitter campaign and trended the hashtag #JusticeForMuradAmeer. #JusticeForMuradAmeer become top trend in Pakistan on twitter. But Pakistan’s local news papers & news channels didn’t cover this news because Pakistan media is under black censorship. They don’t highlights the issues of Balochistan. The bad luck of Baloch people is that this issue has become a top trend on twitter, but world’s human rights organizations have closed their eyes against these inhuman acts of Pakistan army in Balochistan.

Many cases of these kind have happened in Balochistan, but we aren’t aware about them just because Baloch people are deprived of the media. I don’t know how Murad Ameer will get justice. But I know better that, he is not a normal kid now. He doesn’t play with friends like a normal kid, he cannot concentrate on his studies because this criminal brutality has affected him mentally & physically. But I wish my people, Baloch kids & women will keep safe from these kinds of brutalities & Barbarism.

About the Author: Article written by Sumaira Baloch, Independent journalist and a Human Rights Activist who also writes for the Balochistan Post

Why is the International Media not raising the inhuman and brutal rapes by Pakistan Army in Pakistan Occupied Baloch? If the issue would have happened in India, all the Western Media houses would have made it the headlines in their News Media. However when it comes to Pakistan, they turn a blind eye towards the plight of the victims.

Are Baloch people not humans? Or has Pakistan Intelligence Agency infiltrated its spies as journalists in all International News Media organizations to prevent them from publishing any news article highlighting the human rights abuses by Pakistan Army?