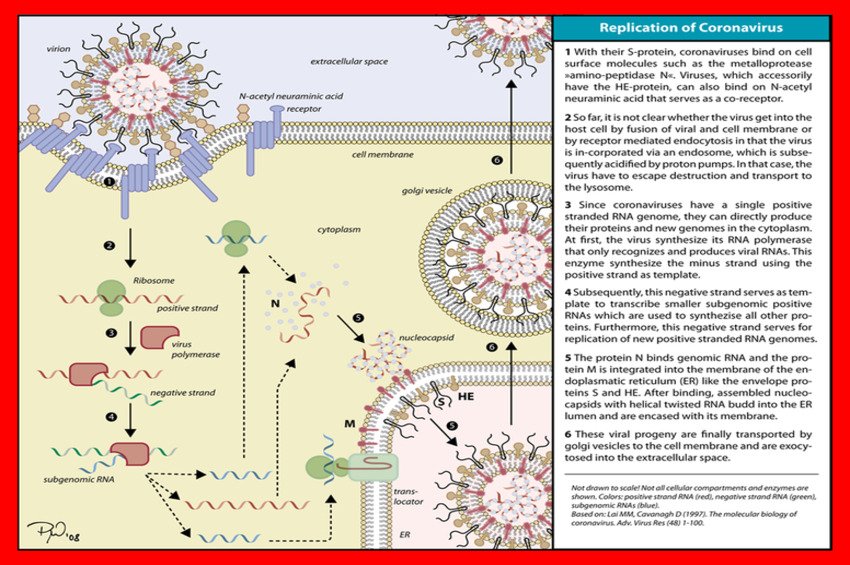 A report from scientists in China is now projecting the killer novel corona virus raging across the Middle Kingdom originated in the high-security Bio Weapons lab in Wuhan, where the outbreak began.

WARNING: You won’t find this information in the legacy media

The report describes how scientists in China herself have proposed the theory that the virus was released from the facility in question.

An excerpt reads, The 2019-nCoV has caused an epidemic of 28,060 laboratory-confirmed infections in human including 564 deaths in China by February 6, 2020. Two descriptions of the virus published on Nature this week indicated that the genome sequences from patients were almost identical to the Bat CoV ZC45 coronavirus. It was critical to study where the pathogen came from and how it passed onto human. An article published on The Lancet reported that 27 of 41 infected patients were found to have contact with the Huanan Seafood Market in Wuhan. We noted two laboratories conducting research on bat coronavirus in Wuhan, one of which was only 280 meters from the seafood market. We briefly examined the histories of the laboratories and proposed that the coronavirus probably originated from a laboratory. Our proposal provided an alternative origin of the coronavirus in addition to natural recombination and intermediate host.

“In summary, somebody was entangled with the evolution of 2019-nCoV coronavirus. In addition to origins of natural recombination and intermediate host, the killer coronavirus probably originated from a laboratory in Wuhan…”

The entire report is printed at the end of this article, (hat tip to Zero Hedge).

In other words, it didn’t come from bats; it came from humans.

Analysis from Harvard to the Big House outlines how highly-trained researchers from University of North Carolina traveled to China to work on the virus at the facility in question.

And so a scientist who’s been prolifically involved with studying the molecular interaction of coronaviruses and humanity, spending decades and millions of dollars, and having even helped build a hyper-virulent coronavirus from scratch at UNC – just so happens to be working at the only BSL-4 virology lab in China that also just so happens to be at the epicenter of an outbreak involved a coronavirus that’s escaping zoological classification and whose novel spike-protein region shares more in common with a commercial genetic vector than any of its wild relatives, and has other unnatural characteristics that will be discussed below...

And in a predictable turn, both researchers have since deleted their profiles off of the ResearchGate site completely. Additionally, the trend in reporting from the Chinese government diverged sharply on February 11th, when the paper initially was uploaded onto the site – making it appear as there’s internal infighting within the Party about what their official story will be...

Simply and horribly, this is likely to become another Chernobyl or Fukushima – a catastrophic illustration of mankind’s hubris and intransigence clashing with Nature, as fate again reaps a once unimaginably tragic toll...

In an interesting turn, the analysis relates to CD Media’s reporting yesterday that the strain of virus was developed as a bioweapon to be deadly to only certain types of humans, possibly as a ‘Red Team’ threat for Chinese bioweapon researchers to learn to defend against.

– Early research found that 2019-nCoV targets the ACE2 receptor, which is found in East Asians at roughly five-times the rate of other global populations, indicating that the Wuhan Strain 2019-nCoV was likely developed as part of a gain-of-function defensive project possibly linked to immunotherapy or vaccinations – never meant to leave the lab, but meant to serve as a Red Team to fight back against, not as an offensive weapon since the virus is likely wired to be much more virulent among Asian populations.

The conclusion of the analysis…

Chinese scientists failed to follow correct sanitation protocols possibly while in a rush during their boisterous holiday season, something that had been anticipated since the opening of the BSL-4 lab and has happened at least four times previously, and accidentally released this bio-engineered Wuhan Strain – likely created by scientists researching immunotherapy regimes against bat coronaviruses, who’ve already demonstrated the ability to perform every step necessary to bio-engineer the Wuhan Strain 2019-nCov – into their population, and now the world. As would be expected, this virus appears to have been bio-engineered at the spike-protein genes which was already done at UNC to make an extraordinarily virulent coronavirus. Chinese efforts to stop the full story about what’s going on are because they want the scales to be even since they’re now facing a severe pandemic and depopulation event. No facts point against this conclusion.

The original Chinese report is below…

The 2019-nCoV killer corona virus has caused an epidemic of the global death toll of over 2,000 (official figures), and the total number of confirmed cases rose to more than 75,000 as of today. Two descriptions of the virus published on Nature this week indicated that the genome sequences from patients were 96% or 89% identical to the Bat CoV ZC45 corona virus originally found in Rhinolophus affinis 1,2. It was critical to study where the pathogen came from and how it passed onto human.

An article published on The Lancet reported that 41 people in Wuhan were found to have the acute respiratory syndrome and 27 of them had contact with Huanan Seafood Market 3. The 2019-nCoV was found in 33 out of 585 samples collected in the market after the outbreak. The market was suspected to be the origin of the epidemic, and was shut down according to the rule of quarantine the source during an epidemic.

The bats carrying CoV ZC45 were originally found in Yunnan or Zhejiang province, both of which were more than 900 kilometers away from the seafood market. Bats were normally found to live in caves and trees. But the seafood market is in a densely-populated district of Wuhan, a metropolitan of ~15 million people. The probability was very low for the bats to fly to the market. According to municipal reports and the testimonies of 31 residents and 28 visitors, the bat was never a food source in the city, and no bat was traded in the market. There was possible natural recombination or intermediate host of the killer corona virus, yet little proof has been reported.

Was there any other possible pathway? We screened the area around the seafood market and identified two laboratories conducting research on killer bat corona virus. Within ~280 meters from the market, there was the Wuhan Center for Disease Control & Prevention (WHCDC) (Figure 1, from Baidu and Google maps).

WHCDC hosted animals in laboratories for research purpose, one of which was specialized in pathogens collection and identification 4- 6. In one of their studies, 155 bats including Rhinolophus affinis were captured in Hubei province, and other 450 bats were captured in Zhejiang province 4. The expert in collection was noted in the Author Contributions (JHT). Moreover, he was broadcasted for collecting viruses on nation-wide newspapers and websites in 2017 and 2019 7,8. He described that he was once attacked by bats and the blood of a bat shot on his skin. He knew the extreme danger of the infection so he quarantined himself for 14 days 7. In another accident, he quarantined himself again because bats peed on him. He was once thrilled for capturing a bat carrying a live tick8.

Surgery was performed on the caged animals and the tissue samples were collected for DNA and RNA extraction and sequencing 4, 5. The tissue samples and contaminated trashes were source of pathogens. They were only ~280 meters from the seafood market. The WHCDC was also adjacent to the Union Hospital (Figure 1, bottom) where the first group of doctors were infected during this epidemic. It is plausible that the virus leaked around and some of them contaminated the initial patients in this epidemic, though solid proofs are needed in future study.

The second laboratory was ~12 kilometers from the seafood market and belonged to Wuhan Institute of Virology, Chinese Academy of Sciences 1, 9, 10. This laboratory reported that the Chinese horseshoe bats were natural reservoirs for the severe acute respiratory syndrome coronavirus (SARS-CoV) which caused the 2002-3 pandemic 9. The principle investigator participated in a project which generated a chimeric virus using the SARS-CoV reverse genetics system, and reported the potential for human emergence 10. A direct speculation was that SARS-CoV or its derivative might leak from the laboratory.

In summary, somebody was entangled with the evolution of 2019-nCoV coronavirus. In addition to origins of natural recombination and intermediate host, the killer coronavirus probably originated from a laboratory in Wuhan. Safety level may need to be reinforced in high risk biohazardous laboratories. Regulations may be taken to relocate these laboratories far away from city center and other densely populated places.

All authors declare no competing interests.