China in Focus – Threatens Retaliation against US, UK and India. 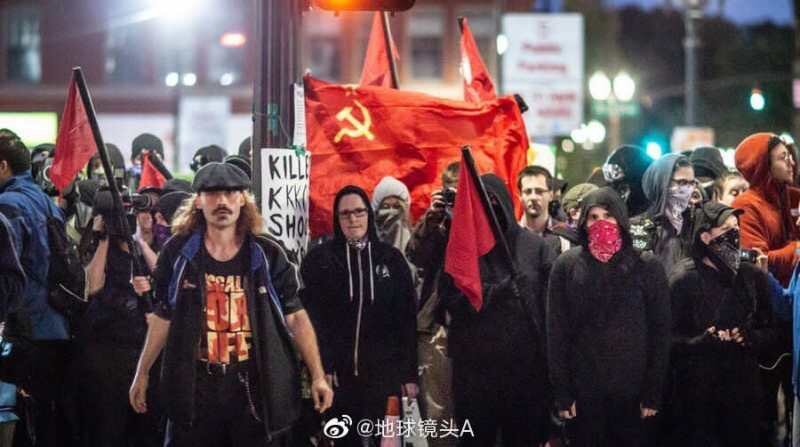 China in Focus – we bring for our readers the China Roundup covering all the major events over the weekend worldwide related to China.

China Threatens Retaliation against the US – Are the Riots all over US result of Chinese Retaliation?

This makes one wonders if the Riots all over the US by Antifa and Leftist Liberals are sponsored and funded by the Chinese CCP as a retaliation? Such a mass level of protests seen only in India were also sponsored by foreign powers including China and Pakistan to derail the economic development and to bring India to its Knees. Drawing Parallels between Country-wide riots in India and the Country-wide riots in the US, one can assume that it is Chinese CCP sponsoring all the riots all over the USA as a punitive measure to bring down US to a halt. China is using its financial power and paying all the same radical organizations like the Antifa, Leftist, Liberals, Radical Islamist from Muslim Brotherhood as evident by the large number of Somalian Muslims participating in the riots and daughter of Ilhan Omar asking Rioters to bring Sticks, Rods and other material for protests.

There were Videos also share wherein rioters were distributed cash for protests.

Chinese CCP Flag could also be seen in some of the images of Protests.

China gave a warning that it may reduce its imports of agricultural products from the United States if Washington issues a severe response to Beijing’s push to impose national security laws on Hong Kong, three sources said.

Sources said that if US President Trump announces tough sanctions on Beijing, that could derail the trade deal the two countries have worked on for almost two years, as any worsening in relations could deter importers from buying U.S. farm goods.

Blackmailing US, Chinese official said, “If the U.S. countermeasures are really severe, China probably will reduce its buying of U.S. products.”

The tensions between the U.S. and China mean private companies are less inclined to buy American products because of Chinese Communist Government pressure and means of arm twisting other nations using the bait of the trade deals.

Whether China will continue to buy U.S. beans probably “depends on U.S. reaction to HK,” said a trader with a state owned firm

After Beijing announced plans last week to impose of a national security law on Hong Kong, UK Foreign Secretary Dominic Raab retaliated with an “unprecedented” pledge to expand visa rights for British National (Overseas) passport holders in Hong Kong from six to 12 months and “provide a pathway to future citizenship” thus getting UK on a collision course with China.

China has threatend UK Government that China would “resolutely oppose” and “reserve the right to use appropriate countermeasures”.

With increasing concerns that Beijing did not disclose the initial scale of the coronavirus outbreak, Mr Johnson is under pressure from his backbench MPs to reset relations with Beijing.

UK government has started drawing up plans to force a full phase-out of the Chinese telecoms equipment maker Huawei from Britain’s 5G networks within three years.

If China is not willing to accept that all aspects of the 1984 Joint Declaration are valid, then the UK feels that it too can look at aspects of it and decide where it wants to alter things.

Arshad Warsi with Twitter Handle @ArshadWarsi tweeted, “This will be a very wise decision by Apple if implemented … Tech behemoth Apple’s is weighing to shift majority of its manufacturing from China to India. The iPhone maker is considering producing up to $40 billion worth of smartphones over the next five years…

China has started evacuating its students from the US

Recently, citizens reported that they were interrogated by the US border customs law enforcement officers for a long time and checked the mobile phones, computers and other electronic devices they carried with them when they left the country.

G7 Meeting rescheduled to September. Trump wants to invite Russia, Australia, India and South Korea to discuss how to deal with the future of China.

According to the transcript made available by the US embassy in the New Delhi, “I don’t feel that as a G7 it properly represents what’s going on in the world. It’s a very outdated group of countries.”

In White House, Alyssa Farah, director of strategic communications, said, “this is bringing together our traditional allies to talk about how to deal with the future of China”.

Trump said, “We want Australia, we want India, we want South Korea.” “And what do we have? That’s a nice group of countries right there.”

Trump also said, “described the theoretical gathering as the ‘G10 or G11’ which would mean making those countries members something he cannot do on his own. He said he had had conversations with the leaders of those countries.”

We covered this in our previous article Indian Armed Forces Defend Indian Territory from Chinese PLA Invasion. Watch the Video also of the Brave Indian soldiers response to the Chinese Sissy PLA soldiers. It was brave on part of Indian soldiers to still protect one of the fallen Chinese Sissy soldiers with a shield to avoid getting him further hurt.

The Ministry of Defence (MoD), India is looking to move workers from Indian state of Jharkhand to Union Territory of Jammu & Kashmir (J&K) and UT of Ladakh and other such locations close to the Indian borders with China as the government is in no mood to stop the construction of roads and other infrastructure in these strategic areas despite tensions simmering with the dragon nation’s troops along the Line of Actual Control (LAC) in Ladakh.

A total of 11,815 workers are expected to be moved to border areas in Ladakh, J&K, Himachal Pradesh, and Uttarakhand in 11 trains facilitated by the Indian Railways. In these areas, the Border Roads Organisation (BRO) is actively engaged in the rapid construction of important roads.

US president to take action against Chinese state-sponsored intellectual property theft at US Research Institutions.

Trump said he would issue a proclamation today “to better secure our nation’s vital university research, and to suspend the entry of certain foreign nationals from China, who we have identified as potential security risks.”

Chinese Companies on US Exchanges

In a separate measure, the US President announced that he is ordering a review of Chinese companies listed on U.S. exchanges with the goal of protecting American investors.

“Investment firms should not be subjecting their clients to the hidden and undue risks associated with financing Chinese companies that do not play by the same rules,” he added.

Chinese beverage brand admitted that its chief operating officer had falsified 2019 sales by about $310 million.

Chinese video streaming site iQiyi was also accused in April by Wolfpack Research, an activist financial research firm, of overstating its revenues in 2019 by as much as $1.9 billion.

There are 172 Chinese companies listed on U.S. exchanges valued at more than $1 trillion as of September last year, according to the U.S.-China Economic and Security Review Commission annual report. These include Alibaba Group, Baidu, and JD.com.

Was all the Economic data provided by China Fake?

Chinese Premier Li Keqiang said that over 40% of Chinese people had a monthly #income of around $140.

The comment made one netizen realize, they’ve been deceived by the CCP’s #propaganda, they always believed that #China was very rich.

Looking at the data provided by World Bank, Per Capita Income of Chinese is shown as $9,770.8 While that of India is shown as $2,010 per annum. Does that mean China had been producing fake GDP and per capita data to fool its citizens that they were rich?

Where did all the money go? Did the corrupt Chinese CCP officers pocketed all the public money?

Will US Intelligence Agencies investigate the Chinese involvement behind the current riots in the US by Leftist Liberals, Antifa and Radical Islamist?

Will the sanctions against China be sufficient to punish the Bio-Terrorist that took over 1 Million lives of innocent Civilians worldwide and brought the whole world economy to a standstill?

Should all the countries not unite and take decision to nationalize all Chinese Assets, Forfeit all Chinese loans and Sue China for compensation for loss of lives, and loss of economic activity for spreading the Chinese virus deliberately to the Entire world? As rightly pointed out by President Donald Trump, a pertinent question to be asked is, why did the Chinese Virus not spread in Beijing, Shanghai? Whey the Wuhan residents not allowed to go to Beijing, Shanghai or Coastal China that are major hubs of Chinese Export oriented activities? Why Infected Wuhan Residents were sent has human Bio-Bombs to different countries all over the world?