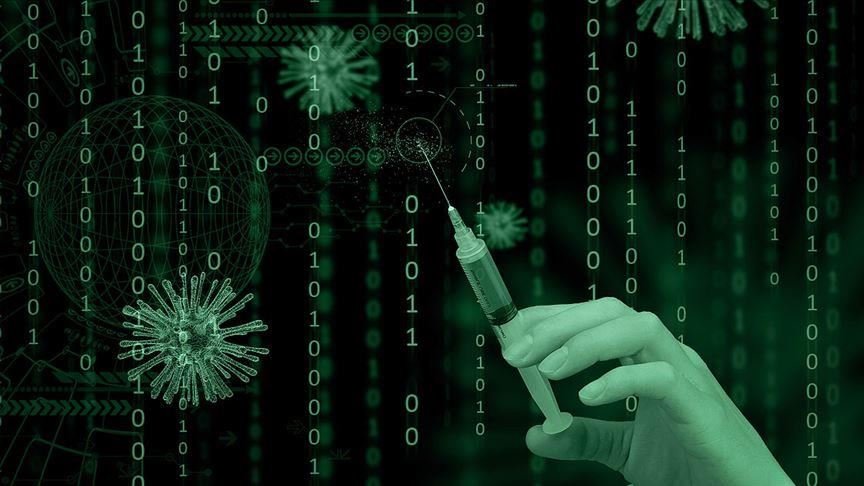 Presumably Chinese hackers hack into Pfizer-BioNTech vaccine data in Europe. U.S. drug maker Pfizer and its German partner BioNTech said on Wednesday that documents related to development of their COVID-19 vaccine had been “unlawfully accessed” in a cyberattack on Europe’s medicines regulator.

The European Medicines Agency (EMA), which assesses medicines and vaccines for the European Union, said hours earlier it had been targeted in a cyberattack. It gave no further details.

Pfizer and BioNTech said they did not believe any personal data of trial participants had been compromised and EMA “has assured us that the cyber attack will have no impact on the timeline for its review.”

Related Article Chinese CCP Confirms A New War On The US: COVID-19

It was not immediately clear when or how the attack took place, who was responsible or what other information may have been compromised.

The two companies said they had been informed by the EMA “that the agency has been subject to a cyber attack and that some documents relating to the regulatory submission for Pfizer and BioNTech’s COVID-19 vaccine candidate” had been viewed.

Such documents could be extremely valuable to other countries and companies rushing to develop vaccines, experts said.

“When it comes to the data submitted to these kinds of regulatory bodies, we are talking confidential information about the vaccine and its mechanism of action, its efficiency, its risks & known possible side effects and any unique aspects such as handling guidelines,” said Marc Rogers, founder of a volunteer group fighting Covid-related breaches, CTI-League.

“It also provides detailed information on other parties involved in the supply and distribution of the vaccine and potentially significantly increases the attack surface for the vaccine,” adding more ways the formulas or production could be hacked or stolen.

The companies said “no BioNTech or Pfizer systems have been breached in connection with this incident and we are unaware that any study participants have been identified through the data being accessed.”

The Pfizer-BioNTech vaccine is a top contender in the global race to beat back COVID-19. It is already being administered in Britain.

The EMA has said it would complete its review by Dec. 29, although its schedule may change.

The EMA statement gave few details about the attack, saying only it was investigating with help from law enforcement.

“EMA cannot provide additional details whilst the investigation is ongoing,” it said in a statement.

U.S. law enforcement and cybersecurity officials did not respond to requests for comment.

Hacking attempts against healthcare and medical organisations have intensified during the COVID-19 pandemic as attackers ranging from state-backed spies to cyber criminals hunt for information.

Reuters has previously reported on allegations that hackers linked to North Korea, South Korea, Iran, Vietnam, China and Russia have on separate occasions tried to steal information about the virus and potential treatments.

In September 2020, Federal prosecutors indicted two Chinese nationals on hacking charges and said the men had been trying to break into networks at a Maryland biotech firm and a Massachusetts biotech firm. Both firms were publicly known at the time of the hack to be working on COVID-19 vaccines.

In July 2020, two state-sponsored hackers in China targeted US businesses in a “sophisticated and prolific threat” for more than 10 years, both for financial gain and to steal trade secrets, the Department of Justice said today.

The 11-count indictment, which was made public, alleges Li Xiaoyu and Dong Jiazhi worked with China’s Ministry of State Security (MSS) and other agencies to hack into “hundreds of victim companies, governments, non-governmental organizations, and individual dissidents, clergy, and democratic and human rights activists in the United States and abroad.” The 11-count indictment in PDF format can be downloaded here:-

Li and Dong were allegedly infiltrating networks of businesses in a wide array of sectors, including “high tech manufacturing; civil, industrial, and medical device engineering; business, educational, and gaming software development; solar energy; and pharmaceuticals,” as well as defense contractors, since at least September 2009. In recent months, prosecutors allege, the two were seeking ways in to “the networks of biotech and other firms publicly known for work on COVID-19 vaccines, treatments, and testing technology” in at least 11 countries, including the US.

Not only hacking, Chinese CCP has stolen the research of other countries on cure for Chinese Corona Virus and geopardized their efforts to develop a vaccine for cure of Chinese Corona Virus COVID-19. We covered it in details in our previous article Justin Trudeau’s Love For China Puts Canadians at Risk : Chinese “Thousand Talents” Program Robs Canada of the Research Canada had Invested In

Reuters has documented that espionage campaigns targeted a slew of pharmaceutical and vaccine development companies including Gilead, Johnson & Johnson, Novavax, and Moderna. Regulators and international organizations such as the World Health Organization have also come under repeated attack.

“Vaccine candidates represent liquid gold to many parties, both in terms of the opportunity and the pure market value,” said Rogers, who is also vice president at security company Okta Inc. “Information on the vaccine and access to any link in the distribution chain has significantly increased value.”

The respiratory virus, which emerged in China in late 2019, has infected more than 68 million people worldwide, according to a Reuters tally. More than 1.5 million people have died.

After Bio-Terrorist China killed over 1.57 Million people worldwide using its Bio-Weapon of Chinese Corona Virus COVID-19, now Chinese CCP is preventing the world to find a cure and steal other countries research as well?

When will an action initiated by all the countries for killing over 1.57 Million people and bringing world economy to a stand still, not to mention Trillions of Dollars to be spent by people in coming months in side effects and other ailments left behind or caused by the Chinese Virus?