Indian Vaccine For Chinese Virus : More Countries Approach India For Vaccine Against Chinese Virus While Chinese Vaccines Are Being Rejected 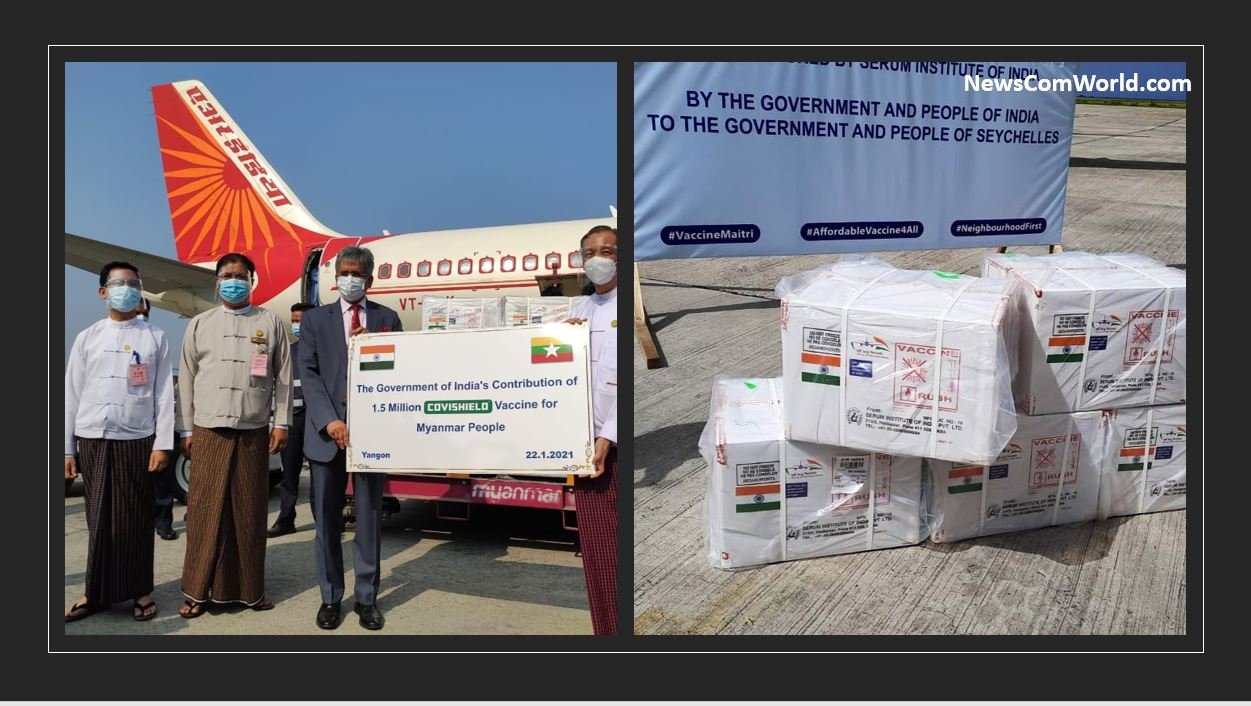 More and more countries are approaching India for Indian Vaccine for Chinese Virus while Chinese Vaccines are being rejected.

Ninety-two countries have approached India for Covid-19 vaccines, bolstering New Delhi’s credentials as the vaccine hub of the world. China has failed at vaccine diplomacy. The reality is that China’s vaccine is being soundly rejected, or accepted reluctantly even by its client states like Pakistan and Cambodia. China has put a lot of countries on its priority list promising them vaccines however, so far, it’s been a massive fail especially at a time when India’s grants have won hearts.

Highly placed sources said that scores of countries are approaching India, as the word spreads that Indian vaccines are showing negligible side-effects, since the immunization drive in the country began on Saturday.

In a letter to PM Modi on Tuesday, Prime Minister Roosevelt Skerrit of the Dominican Republic, has also requested for inoculation, signally that the demand for Indian jabs has acquired a transcontinental appeal. “As we enter 2021 and persevere in our fight against Covid-19, Dominica’s population of 72,100 is in urgent need of enough doses of the Oxford-AstraZeneca vaccine. I, therefore, request, with great humility and respect, that you assist us by donating the doses we need to make our population safe (optimally 70,000 first and second doses),” wrote Skerrit.

In other parts of Latin America, Brazil, which has the second highest number of coronavirus cases in the world next only to the United States, has sent a special plane to pick up Indian vaccines from Pune.

A Brazilian plane is expected to fly the first 2 million doses of a Covid-19 vaccine purchased by the government’s Fiocruz biomedical institute.

According to a Reuters report from Sao Paulo, Health Minister Eduardo Pazuello said the documentation is ready for bringing the AstraZeneca-Oxford University vaccine being produced at the Serum Institute of India.

Brazil’s Anvisa has scheduled a meeting for next Sunday to decide on the emergency use of the vaccine developed by AstraZeneca and Oxford as well as one by developed by China’s Sinovac Biotec.

Meanwhile the Bolivian government had also signed a contract with India’s Serum Institute for the supply of 5 million doses of AstraZeneca’s Covid-19 vaccine.

President Luis Arce said that combined with a recent deal to buy 5.2 million Sputnik V vaccine doses from Russia, Bolivia now expected to be able to inoculate all of its vaccinable population.

The sources said that in tune with Indian Prime Minister Narendra Modi’s message that India’s vaccine approach are intended to heal humanity, India would not be averse to provide vaccines to Pakistan, as part of a drive to eliminate the virus globally. However out of arrogance, Pakistan may not directly import vaccines from India. It may look at Russian Vaccines or import Indian Vaccines via UAE.

And in the course of time if the Chinese vaccine does not work, India would not hesitate to supply jabs to Beijing as well. The sources pointed out that India’s vaccine exports to China may go a long way in addressing India’s adverse trade balance with the Middle Kingdom.

Related Article Chinese CCP Confirms A New War On The US: COVID-19

So far, China’s vaccine has shown patchy results. For instance, after Thailand has discovered that the efficacy of the two million doses of the Chinese Sinovac Biotech Covid-19 vaccine, has dropped dramatically.

The Bangkok Post said that the Thai Ministry of Public Health has requested further information about the vaccine it has ordered from China following a report “it might not be as effective as first thought” even as it goes ahead with its plan to receive and administer the vaccine from Sinovac Biotech.

“We are asking for information directly from Sinovac, so we are waiting for their response to get all the facts,” Supakit Sirilak, Thailand’s Director-General of Medical Science Department, was quoted as saying by the newspaper.

Singapore too has confirmed that the vaccine developed by China’s Sinovac Biotech will have to go through regulatory scrutiny and authorisation by the country’s Health Sciences Authority (HSA) before being rolled out for the public.

“We will go through the data carefully when it comes, rather than depending on reported numbers. It’s better to rely on official data that we receive from Sinovac itself,” said Singapore’s Health Minister Gan Kim Yong according to a report in The Straits Times.

Made in India vaccine delivered to Mauritius as a goodwill gesture.

Prime Minister Pravind Kumar Jugnauth of Mauritius from his twitter handle @JugnauthKumar tweeted, “We are deeply grateful to India for donating 100 000 doses of Covishield to Mauritius as part of its Mission ‘Vaccine Maitri’[email protected] @narendramodi @HCI_PortLouis”

Indian vaccines have arrived in Myanmar.

Made in India Vaccines arrived in Brazil yesterday.

President of Brazil, Jair Bolsonaro, has expressed his gratitude towards India and Prime Minister Modi for vaccine exports from our country. In his message, he shared a photograph that shows Bhagwan Hanuman flying with vaccines and the mountain from India to Brazil.

Jair Bolsonaro said, “Namaskar Prime Minister Narendra Modi. Brazil feels honoured to have a great partner to overcome a global obstacle by joining efforts. Thank you for assisting us with the vaccines exports from India to Brazil. Dhanyavaad!”

Officials at the Butantan Institute in São Paulo said on Tuesday 12-January 2021, that a trial conducted in Brazil showed that the CoronaVac vaccine, made by the Beijing-based company Sinovac, had an efficacy rate just over 50 percent. That rate, slightly above the benchmark that the World Health Organization has said would make a vaccine effective for general use, was far below the 78 percent level announced by WHO that worked hand in glove with Chinese President Xi Jinping to unleash the pandemic on the world.

“Those countries that have ordered the Chinese-made vaccines are probably going to question the usefulness of these vaccines,” said Yanzhong Huang, a senior fellow for global health at the Council on Foreign Relations and an expert on health care in China.

“Countries with opposition parties might use this to challenge the decision made by the incumbent government, and that will likely have domestic political implications in these countries,” Mr. Huang said.

China contracted to sell its vaccines to Turkey for $70 per dose. Shouldn’t a high value be charged from China, Pakistan and Turkey should India export its vaccines to these countries?