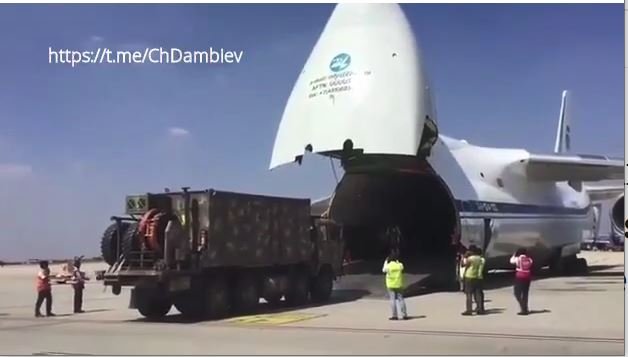 The Indian Swathi radar was selected by Armenia following a tender, in which similar radars of Russian and Polish production also took part. The Swathi WLR radar has a HEADLIGHT operating in the C-band and provides fast and accurate automatic location of enemy fire weapons, can operate simultaneously with several (up to seven) shells fired from different types of weapons and from different directions. The target range depends on artillery caliber and is stated for up to 40 km.

Earlier last year in 2020 India had won a $40 million deal to supply four Made In India Swathi Weapon Locating Radars (WLRs) to Armenia after India outbid similar offerings by Russia and Poland to win the deal. In March 2020, India and Armenia signed a deal for the sale of four Swathi weapon locating radar (WLR) stations. Bharat Electronics Limited (BEL) which manufactures the Swathi Weapon Locating Radars (WLRs) has now started deliveries of them.

According to DRDO, the radar uses advanced signal processing techniques for detection and tracking projectiles in the presence of ground, weather clutter and other forms of interference in the EW scenario.

The algorithms for trajectory computation take environmental parameters into consideration while estimating both launch and impact points for the desired accuracy.

Armenia is a small country with a population of only 3 Million and a territory of only 29,743 km² and GDP of only $12 Billion. Artsakh is a small area of only 11,458 km². These are the areas that Armenian Christians got shelter while fleeing the mass murder of 1.5 Million Armenians by Ottoman Empire.

The six-week conflict in the Caucasus region over the disputed territory of Nagorno-Karabakh led to significant casualties on both sides and the displacement of tens of thousands of people, significantly altering the geopolitical balance of the region in the process. It ended with the defeat of the Armenian side, which lost a significant portion of territory, due in no small part to a devastating series of Azerbaijani strikes using drones equipped with technology made in Ontario by a company called L3Harris Wescam.

Turkey was an ally to Azerbaijan during the war, which began in late September. In October 2019 Canada suspended new export permits for controlled arms to Turkey, including electro-optical technology used on drones and other platforms. However, an exemption was created that rolled back parts of this suspension in April, the same month Trudeau reportedly discussed the issue in a phone call with Turkey’s president. Within a month of the exemption, the government approved export permits for L3Harris Wescam surveillance and targeting systems, which are used on drones to guide attacks, with at least seven then exported to Turkey, according to reporting by Steven Chase of the Globe and Mail.

Azerbaijan announced its plan to acquire Turkish-made Bayraktar TB2 model drones around this same time. L3Harris Wescam’s MX-15 systems are allegedly equipped onto TB2s and used by the Azerbaijanis to spot targets and to guide missiles — including using their proprietary Canadian thermal imaging to pinpoint and kill troops even while they attempt to seek cover.

Indian Weapon industry is fast growing. India’s premier R&D organization, Defence Research and Development Organisation DRDO has helped developed a lot of weapon systems and the present Indian Government under the leadership of Indian Prime Minister is working on exporting Indian tech to friendly countries. It should be noted that India is already facing a 2 front war scenario with Islamist Radical Pakistan on one side and Imperialist Communist China on the other side.

India is working on Make In India to realize the dream of Indian Prime Minister Narendra Modi to achieve “Atmanirbhar Bharat” (Self-Sufficient India). India had for decades was labeled as the largest importer of Defence Equipment. However since Indian Prime Minister Narendra Modi came to power, things are changing. Several steps have been taken to give more preference to Indian developed arms and equipment.

Besides the DRDO, even the premier education institutes like IIT-Madras are working on developing drones. In a recent Interview with the Print, Lt. General P. Ravi Shankar who headed the Artillery forces of Indian Army and now a Professor, Aerospace department, IIT Madras told that IIT-Madras is working on 2 UAVs. First is a 25 Kg light weight Drone that can carry a ammunition payload of 5kg and the other is a 50 Kg UAV that can carry an ammunition payload of 10 Kg. IIT Madras is developing UAVs with a range of 100 km and six hours endurance. They will scale it up to long endurance UAVs.

Besides that they are working on loitering suicide drones that are made of plastic and can be used by Indian Army to blow the enemy positions. These drones when manufactured would cost India 1/10th of the cost of similar drones that are imported from other countries. It is a matter of little time and investment, IIT-Madras made drones will also compete the International drone manufacturers with the advantage of lower costs, high quality and precision.

Would this have made a difference had Armenia got Indian Swathi Radars before they were thrashed by Azerbaijan-Turkey alliance?

Armenia lost about 185 T-72 tanks, 90 armored fighting vehicles, 182 artillery pieces, 73 multiple rocket launchers, 26 surface-to-air missile systems, which include a Tor system and five S-300s, 14 radars or jammers, one SU-25 warplane, four drones and 451 military vehicles, as documented by analyst Stijn Mitzer in the military affairs blog Oryx. Would this have made a difference had Armenia got Indian Swathi Radars before they were thrashed by Azerbaijan-Turkey alliance?

In March 2020, India and Armenia signed a deal for the sale of four Swathi weapon locating radar (WLR) stations. It is noteworthy to mention that after the deal with India was signed by Armenia, and according to sources, only one unit was supplied to the country by the Indian defense company, the rest were to be supplied later.

Even if the delivery was accelerated, the weapons would need to be tested domestically and due training process given to the Armenian armed forces, which takes considerable time.

The Azerbaijani drones had wreaked destruction of the Armenian frontlines with advanced drone attacks, destroying all the air defense systems. In such an environment, it was difficult for a radar-like Swathi to survive, since the attacks were aerial and not ground-based, which it is not designed to counter.

Moreover, the Weapon Locating Radars playing limited roles in modern wars, and their capabilities are limited in a battlefield is network-centric, and air power dominated. Swathi has been useful for India on the Line of Control (Loc) while battling Pakistan, and it said the Indian army has deployed the radar in the Ladakh region too, where the country is locked in another conflict with China.

The deployment of Swathi on the border against Pakistan could help reduce ceasefire violations, the experts believe, since any firing by Pakistan would reveal the location of their artillery guns and the launch of immediate counterfire from the Indian side.

The Swathi WLR has been in service with the Indian Army ever since the final product was delivered a few years ago by the DRDO-BEL combine.