Ukrainian President Zelenskyy Addresses Russians Imploring Them To Back Off 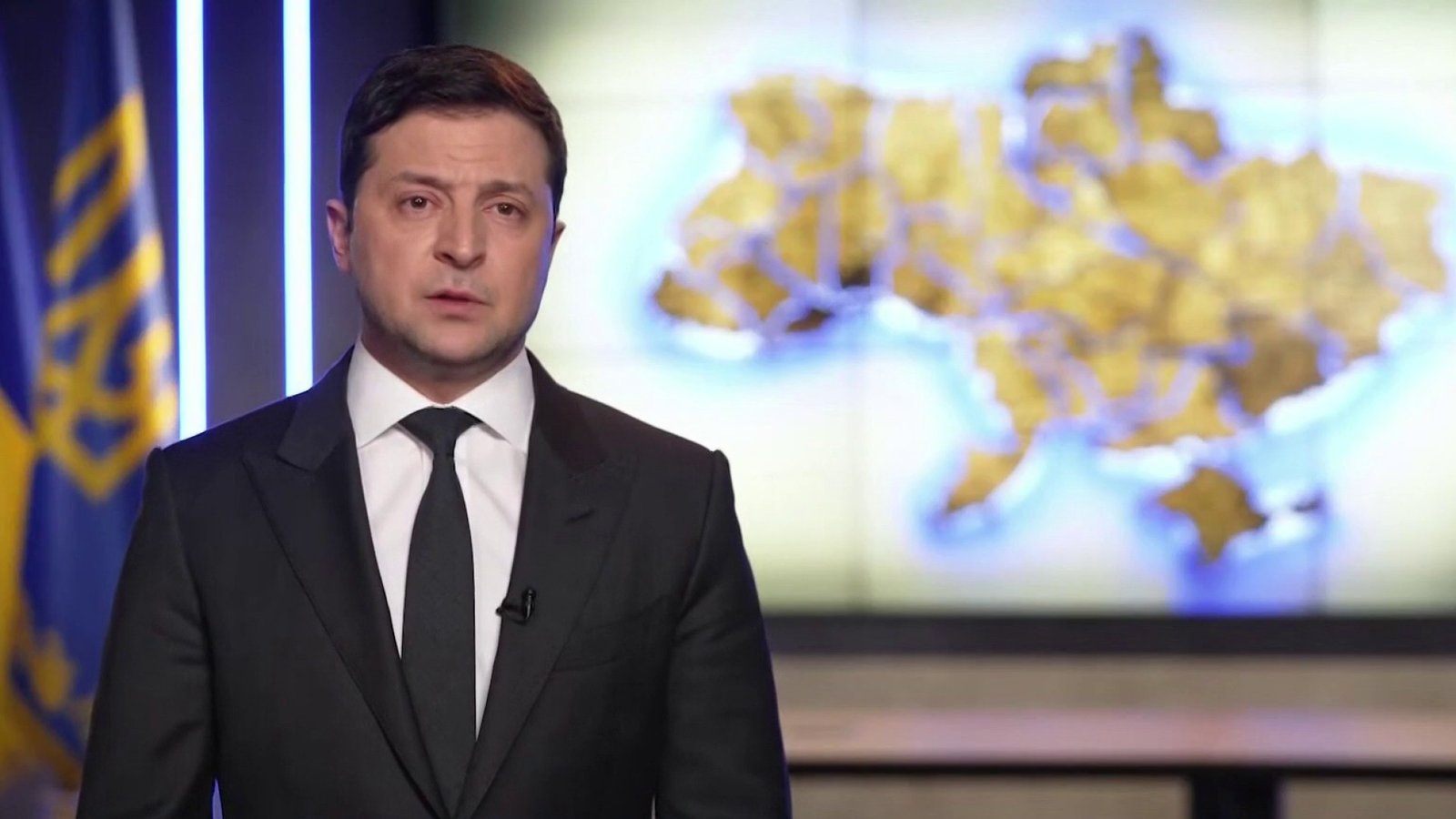 Ukrainian President Volodymyr Zelenskyy addresses Russians in Russian language early Thursday on 24-February 2022 imploring them to Back Off.

Here is the English translation of his address to the Russians in Russia.

“Today I initiated a phone call with the president of the Russian Federation. The result was silence, though the silence should be in the Donbas. As a result I want to address all citizens of Russia..

“We are separated by more than 2000 km of mutual borders, along with 200,000 of your soldiers and 1,000 armored vehicles are standing. Your leadership has approved their step forward onto the territory of another country. This step could become the beginning of a big war…

“The cause could come up at any moment, any provocation, any spark, a spark that could burn everything down. You are told that this flame will liberate the people of Ukraine, but the Ukrainian people are free. …

“You are told we are Nazis, but how can a people support Nazis that gave more than 8 million lives for the victory over Nazism? How can I be a Nazi? Tell my grandpa, who went through the whole war in the infantry of the Soviet Army and died as a colonel in independent Ukraine.”

“You are told we hate Russian culture. How can one hate a culture? … Neighbors always enrich each other culturally, however, that doesn’t make them a single whole, it doesn’t dissolve us into you. We are different, but that is not a reason to be enemies. …

“But if we are attacked, if someone attempts to take away our land, our freedom, our lives, the lives of our children, we will defend ourselves. We won’t attack, but defend ourselves. By attacking, you will see our faces, not our backs, but our faces.”

War means “pain, mud, blood and the death of thousands – tens of thousands of deaths. You are told that Ukraine is a threat to Russia. It was not in the past, it is not now, and it won’t be in the future.”

“War will remove guarantees from everyone. No one will have security guarantees any more. Who will suffer most of all from this? People. Who wants this the least? People. Who can not allow this to happen? People. There are these people among you, I’m sure of it. …

“I know this speech of mine won’t be shown on Russian TV, but the people of Russia need to see it. They need to know the truth. The truth is that this must be stopped before it is too late, and if the leadership of the Russia…

“…does not want to sit down at a table for peace with us, then maybe it will sit down at a table with you. Do Russians want war? I would very much like to answer this question. But the answer depends only on you – the citizens of the Russian Federation.”