With No Options left, Pakistan moves missiles to Indian Border 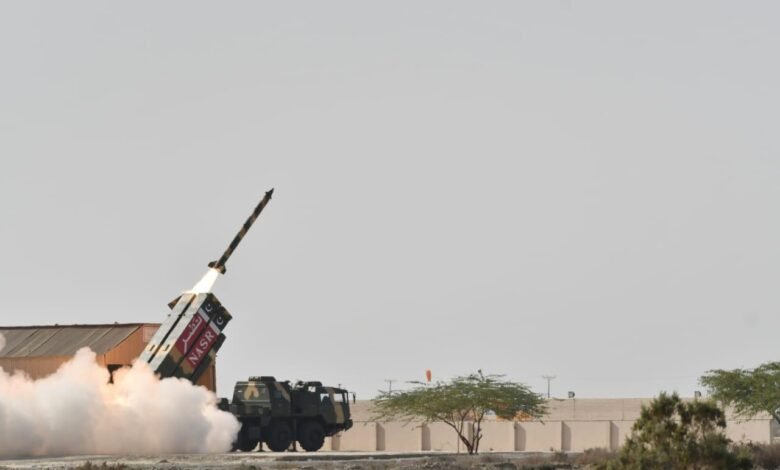 Failed Pakistan moves missiles to Indian Border. When we say failed, it failed in all aspects. Starting from the time India abrogated Article 370, converted Ladakh and Jammu and Kashmir into two separate Union Territories, Amended Citizenship Amendment Act 2019 to give Indian Citizenship to persecuted Minorities of Hindus, Christians, Sikhs, Jains, Buddhists, Parasis in 3 Islamic nations, resolved the long pending Ram Janmboomi (Birth place of Lord Rama) issue with the ruling of Supreme Court of India giving a decisive verdict, Pakistan has failed to give a decisive blow.

Pakistan spent millions of dollars on propaganda and its troll Army to incite Indian Muslims and Leftists to rise against Union of India and throw away the Majority government in India ruled by Narendra Modi, Failed to internationalize Article 370 as the majority of nations backing India’s stand that it is an internal matter of India and it is an amendment to India’s Constitution and no external interference will be entertained.

Chinese Corona Virus gave a death blow to Pakistan. While India could take the bold decision to lock down the entire nation for several weeks, Pakistan could not afford to close its economy. It needed a crutches of 1.4 Billion IMF Loan to deal with the economic collapse and the failure of the health sector in Pakistan is self evident.

In our previous article POK & Gilgit-Baltistan Deserve Something Far Better Than Pakistan we have mentioned how Pakistan is trying to infiltrate Terrorists and Chinese Virus infected people desperately to Indian Border and many Pakistan soldiers are being killed on Line of Control by Indian security forces.

Pakistan got $1.4 Billion of IMF loans. Did it spend on the health sector or give any assistance to the poor families in Balochistan, Sindh, Pashtunistan, Gilgit-Baltistan, POK? No Instead is getting a Nuclear submarine manufactured in China. Not only that. Pakistan has now moved its missile and strategic weapons closer to the Indian border as tensions between both nations have been escalating after unrelenting cross border shelling along the Line of Control.

The satellite images indicated the new position of the missiles which is now nearer to the Indian border. The LY-80 missile is believed to have been strategically moved to a base in the city of Lahore which is just 14 miles away from the India- Pakistan border.

The LY-80 aka HQ16A is a Chinese-manufactured medium-range missile system with the ability to engage aerial targets at high altitude and can intercept targets at a distance of 40 km.

First used by the Pakistan army in March 2017, the LY-80 missile is also equipped with six firing missile containers locked in two rows of three, which can shoot at a speed in excess of 600 mph.

The decision to move their missiles closer to India can be seen as a threatening gesture as the two countries are engaged in brutal disputes over Kashmir. India also accuses Pakistan of sending militants across the border and fan separatism in the region.

Pakistan is widely known as Beggaristan as well for a reason. It has always begged every other nation and the International community. As soon as any country has given any alms to the Beggar Nation, it has used that funds to finance its perpetual endless war against India.

What right does IMF has to give tax payers money from member nations to finance the perpetual war of a FATF Grey Listed Radical Islamist Terroristan? Can IMF revoke the balance payments if any from Pakistan?