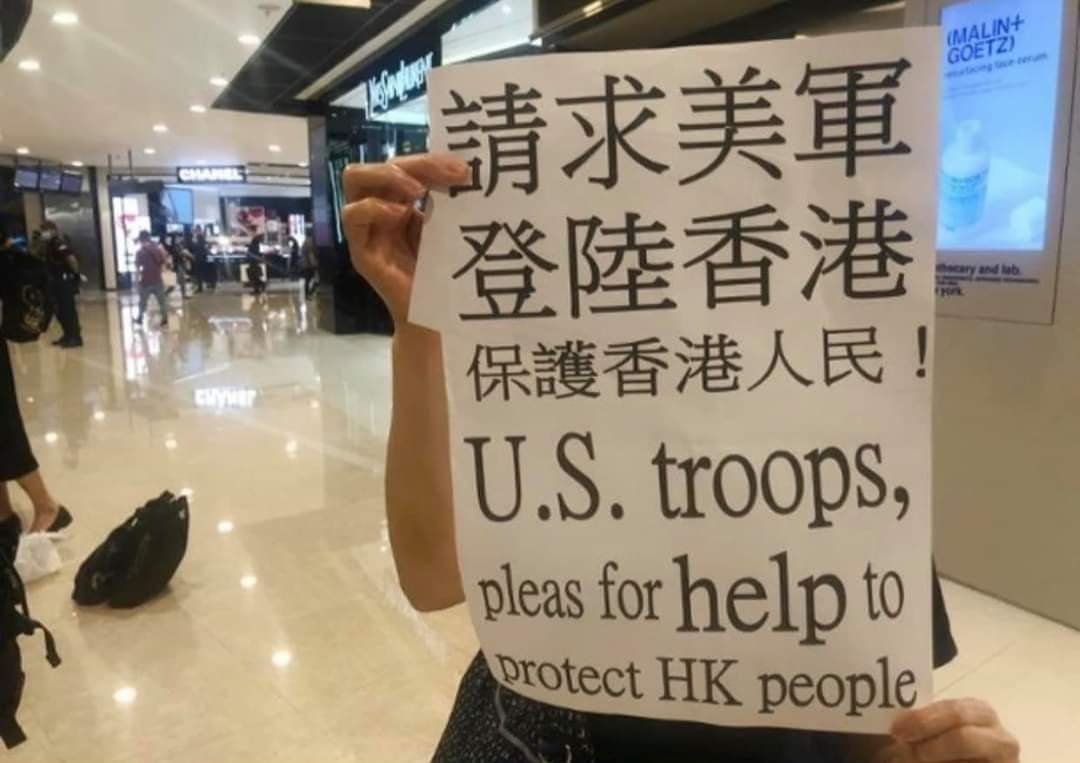 US is considering sanctions on China, its officials, businesses and financial institutions over Beijing’s effort to crack down on Hong Kong.

White House press secretary Kayleigh McEnany said Tuesday that President Donald Trump is “displeased” with China’s efforts and “that it’s hard to see how Hong Kong can remain a financial hub if China takes over.” She declined to elaborate about specific actions the president was considering.

Earlier White House national security adviser Robert O’Brien said on Sunday that the U.S. will likely sanction China if it approves a bill reining in Hong Kong’s autonomy, adding that the law could erase the city’s standing as a global financial hub.

“It looks like, with this national security law, they’re going to basically take over Hong Kong and if they do … Secretary (of State Mike) Pompeo will likely be unable to certify that Hong Kong maintains a high degree of autonomy and if that happens there will be sanctions that will be imposed on Hong Kong and China,” he said.

O’Brien also said a move by China to take further control over Hong Kong could send its financial community fleeing.

O’Brien predicted a “brain drain” of Hong Kong residents would result if the bill passes. “They’re not going to stay in Hong Kong to be dominated by the People’s Republic of China and the Communist Party.”

The State Department is due to certify Hong Kong’s autonomy and a negative determination could see the U.S. reconsider Hong Kong’s special trade status.

The Treasury Department could impose controls on transactions and freeze assets of Chinese officials and businesses for implementing a new national security law that would curtail the rights and freedoms of Hong Kong citizens.

Inter-agency discussions are ongoing and no decision has been made on whether or how to employ the sanctions.

China’s state-run Global Times in a editorial on Tuesday wrote that US is only bluffing.

As the US is entangled in the COVID-19 epidemic, its actual ability to intervene externally is weakening. The White House claimed it would impose sanctions on China, but the tools and resources at its disposal are fewer than those it could mobilize before the outbreak. It is only bluffing.

Making mockery of the deaths of the innocent civilans in the US who died because of the Chinese Virus, the editorial said

Nearly 100,000 Americans have died from the COVID-19 epidemic, which exposes a great loophole concerning US human rights. The death toll has proved that ordinary Americans have neither the place nor discourse power under US democracy.

The Chinese editorial dismissed the relevance of the US and boasted of a booming economy in the Chinese Mainland.

The special trade status given by the US is important, but is not a decisive factor to determine whether Hong Kong is a financial center or not. As long as the economy in the Chinese mainland keeps booming, Hong Kong will not decline. If the US changes its policy toward Hong Kong, that will result in a lose-lose situation. But Hong Kong will be able to adjust its way to maintain prosperity with the support of the Chinese central government.

Will the sanctions be strong enough to deter the China to proceed against the citizens of Hong Kong? In the event China does not desist and goes ahead with the proposed legislation, will President Trump administration help companies to exit from China and set up their business else where?

Will the US allies also participate and impose similar sanctions against the Imperialist Communist China?

Previous Article: Bill to recognize Tibet as an Independent Country Introduced: US Congress