Something is very fishy about the George Floyd Murder by Cops 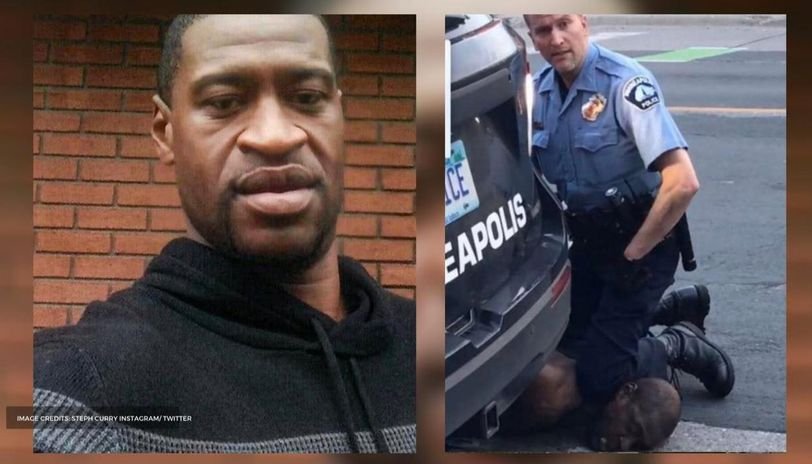 “Something is very fishy about the George Floyd Murder by Cops” This post was shared on the social media and exposes a conspiracy about the murder of George Floyd that was used as the pretext to start planned riots throughout the USA. The protests have now spread over to Berlin and London.

We are reproducing the post verbatim for our readers to see the planned conspiracy to defame US President Donald Trump at a time when his popularity was rising among the black voters and the Democrats were afraid of losing the black votes that they were heavily dependent on.

Was it a Staged Event?

These officers were involved with something. I’m not sure exactly what, but something is just not adding up.

I think there is at the very least the “possibility”, that this was a filmed public execution of a black man by a white cop, with the purpose of creating racial tensions and driving a wedge in the growing group of anti-deep state sentiment from common people, that have already been psychologically traumatized by COVID-19 fears.

Historically, in election years and in politically contested areas or in groups, racial or gun violence incidents are becoming common place. Considering the rising approval rating of President Trump in the black community, an event like this was unfortunately “Predictable”.

Consider these points and contrast them to every other police brutality incident you’ve ever seen.

The filmed portion of the incident was about 10 minutes long. In that amount of time, three officers are holding one handcuffed man down. You only know that because of the pictures taken from across the street. You can’t see the other two officers in the video because they are behind the vehicle. During 8 minutes of the entire video, the officer has his knee on George Floyd’s neck, which is not taught or approved by any law enforcement agency.

Additionally, other than the Asian officer speaking occasionally to the crowd of bystanders, there is no communication from any of the officers to Mr. Floyd. No talking, no shouting When have you ever seen a police brutality video without police shouting?

Additionally, the police had no goal. They weren’t trying to subdue him for arrest, he was already handcuffed and all they needed to do, was place him in the back of the car. There is no plausible explanation for taking him to the ground and having three men on top of a handcuffed man, a knee placed on his neck. Mr. Floyd presented no threat and was not resisting. The only goal that there appeared to be was exactly what happened: “To be filed brutally killing a black man”.

Think about this, these officers did not care about being filmed, in fact the officer stared into the camera with soulless eyes and an emotionless face, reminiscent of an assassin, as he knowingly killed an American Citizen. None of the officers spoke among themselves or did they speak to Mr. Floyd. They did not respond to his pleas for life. They just sat and kneeled on him until he was passed out and then waited an additional 4 minutes after Mr. Floyd lost consciousness to ensure that Mr. Floyd was dead and could not be revived.

The by standers were verbally communicating to the officers, that he isn’t breathing. Unlike any other similar incident, you never see the officers getting on police radios. You never see or hear them calling dispatch for backup. No other police units arrive on the scene and strangely enough, the crowd does not seem to grow either.

The scene does not end until an ambulance arrives and they unceremoniously flop him on a gurney. At no point does anyone in a uniform ever check his vitals. “As if they aren’t remotely curious about the situation they are in” BTW. who called the ambulance and for what reason? Because if the reason was that Mr. Floyd was having a medical issue, they wouldn’t have still been crushing his neck.

Shortly after the video went viral, a fake Facebook page supposedly belonging to the officer, at the center of the murder appears and pictures are uploaded that say, “Stand your Ground” and “Trump 2020”. A picture of the cop with a red ball cap that says, “Make America White Again”. A friends list populated with obvious sock accounts and people clearly not his friends. This is the same kind of fake Facebook stunt that happened with a group made to look like support for the men involved with the Ahmed Aubrey case. Is it mere coincidence that this happens the week after “race” becomes a major political issue after the Biden “You ain’t Black” gaffe, started to threaten the black vote the Democrats so desperately count on?

Finally,…. this entire scene plays out with the cop car and license plate that says “POLICE”. The plate was perfectly framed for maximum subliminal impact. This also means he was literally just 1 foot away from the back seat of the police car and these cops thought it was smarter to kill a black man on camera, than to pick him up and move him one foot into the back of the police car.

You can draw your own conclusions, but this appears to have all the earmarks of George Soros. Please open your eyes Well boys and girls it truly was the strangest arrest video that I’ve ever seen.

We will bring to our readers the complete deep conspiracy in our subsequent articles. Before we end this article, everyone needs to ponder over a few question. Who will benefit if President Donald Trump loses the 2020 Election if the black votes go to Democrats? Is it George Soros behind the riots? or Is George Soros is an easily identifiable target? Is it the invisible hand of China that had threatened retaliation against the US?Is China behind all the planned riots because of the penal action President Donald Trump is taking against China? We shall cover it in our future articles. Stay Tuned!!

Related Article: China in Focus – Threatens Retaliation against US, UK and India.