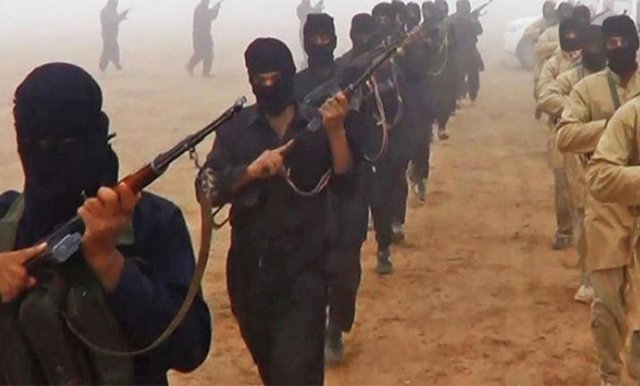 A Pakistani Soldier exposes Corrupt Pakistan Army. In an expose an OSINT twitter user with id @frontalassault1 exposed Pakistan Army. He posted 3 pages of an undated letter allegedly written by a Pakistan soldier to his AoA complaining about his commanding officer. The letter also exposes how Pakistan has set up Islamist Radical Training Camps in civilian areas and civilians in that area are worried that India may attack the camp any time. The letter also exposes the rampant corruption in Pakistan Army where promotions are openly auctioned. The top officers are all relatives of Prime Minister or politicians. Biggest expose was the discrimination with non-Punjabi soldiers who were not even given any medial treatment during this Chinese Corona Virus Pandemic. The letter exposes how Punjabi officers are given preference in treatment.

However the Letter written by a Pakistan soldier is an evidence of Pakistan Army training Islamist Radical Terrorists (Mujhaids) and pushing them on Indian side for terrorist activities. Financial Action Task Force (FATF) and other International Organisations should take a note of this expose and notwithstanding China’s support to Pakistan, Pakistan should be black listed by Financial Action Task Force (FATF).

Twitter handle @FrontalAssault1 tweeted, “EXPOSE: Pak Army soldier revealing true nature of Pak Army & how they discard their soldiers. Also reveals how Pak Army is planning to up Terrorist activities against India. Different techniques of Terrorist attacks that can be implemented by Pak Army in future also revealed.”

For our readers we are posting the copy of the 3 paged letter attached in the tweet by @frontalassault1 and its translation in English.

AoA Sir. I am a soldier from Sindh Regiment. No one hears us here. Presently i am in Rawalkot area.

Today i want to tell you one thing from my heart. A lot of atrocities are being committed on us. We are all distraught because of Chinese Corona Virus.No one knows how we are surviving.

Officers get immediate treatment. If one is a Punjabi soldier, he gets treatment first. In our unit alone 210 soldiers got infected with Chinese Corona Virus. Yesterday one JCO also died. He was buried in night. No one tells the actual numbers here. A lot of civilians are also sick.

Sajid, Commander here, was earlier in ISPR and was very close to Pakistan Army General Bajwa.

They have a great plan of making money. One of the relatives of Sajid (Commander) works in Askari Cement. These people instigate India a lot. Once the Indian forces destroy a Pakistani bunker, Commanding officer Sajid gives the contract for making the complete bunker to one of his relatives. They are getting lakhs of rupees as commission. Yesterday he went to Mundar and Satwal areas. On returning made payments as well.

We request you to initiate an inquiry on this complaint.

Besides this a lot of Islamic Radical Terrorists (Mujahids) were brought here. One Niyazi Commanding Officer (CO) of commandos is there. He is also a relative of the Prime Minister. He said in his office that they will teach India a lesson during the War. However when India fires, they (CO) all run away and hide.

“Niyazi is the in-charge of the entire operation here in Rawalkot. In Aliabad they have constructed a very big Islamist Radical Terrorist (Mujahid) Training Camp. Civilians are very afraid that India may attack the Terrorist Training Camp as India attacked in Balakot and the civilians in the area might get hurt.”

“Every 4-5 days they bring Terrorists (Mujahid) from Tarbela. They give them training here and send the terrorists to Indian side. Once they get killed, they call UN people and tell them that India has killed civilians. There are UN people from Sweden, South Korea or Switzerland that stay here. They take these UN people to show the sites.”

Mohammad Azam or Jalaldin comes to meet one Niyazi of the Commando here in Aliabad and takes along with him the Terrorists (Mujahid). Majid and Bashir from Degwar, Sarwar Khan Ismail, Sabar Khan, Fika Khan comes from Battal area in this Aliabad area and takes Islamist Radical Terrorists (Mujhaid) in Army trucks along with them.

“Last Friday 50 Islamist Radical Terrorists (Mujahid) went along with them. They plan to do something on the border. They get good rewards.”

I heard in the news that Pakistan government has said that India has brought down 8 Pakistani aircraft (maybe they are talking about drones). I was feeling like crying, because the issue is that the Pakistan army is giving training to Islamist Radical Terrorists (Mujahids) to fly the small drones and they tie IED in the drones. When it falls they take pics of the fallen drone. Rawalpindi has ordered that whoever brings down the drones will be rewarded. These people can do anything for the money (They can bring down their own drones for reward.)

The situation is so bad that the Islamist Radical Terrorists (Mujahid) who work with us here say that if India attacks Pakistan, they will join Indian Forces because Pakistan can never win and why they should die unnecessary for Pakistan.

Besides this there is one Sindh Regiment which is in Kotli, the CO (Commanding Officer) is a Punjabi and he does a lot of atrocities on the Sindhi soldiers. I am giving you their details.

“Safdar is the Commanding Officer. India killed 10 men in Safdar’s command. He didn’t even inform the families of the killed.”

Presently 5 more boys are missing. I heard that the Commanding officer got one boy (Pakistani Soldier) murdered in his house via Pakistan Intelligence Agency ISI as he was about to tell the truth to the Media.

1 boy (Pakistani Soldier) from my village got insane who is in 31SR.

“Promotions are openly auctioned in that unit. Several JCOs were directly promoted as Subedar. CO Safdar is also very greedy.”

We are living on Allah’s blessings. Sir Kindly do something.

With more and more evidences coming to the light, should Pakistan not be declared as a Terrorist Nation? Should Financial Action Task Force (FATF) not include Pakistan in the Black List? On earlier occasions Pakistan has managed to escape the Black List because of support from China. Would Financial Action Task Force (FATF) still be influenced by China or will independently do investigation and Black list Pakistan this time?

Daily we are hearing the news of several Islamist Radical Terrorists being killed in encounter by Indian Security Forces and Terrorists killing innocent Civilians and attacking Indian Security forces. During the time when Chinese Virus Pandemic is spreading, Terrorist producing Factory of the world (Pakistan) continues to send Terrorists to India. International community should take a note and there should be retribution for Pakistan for the acts of Terrorism against India.