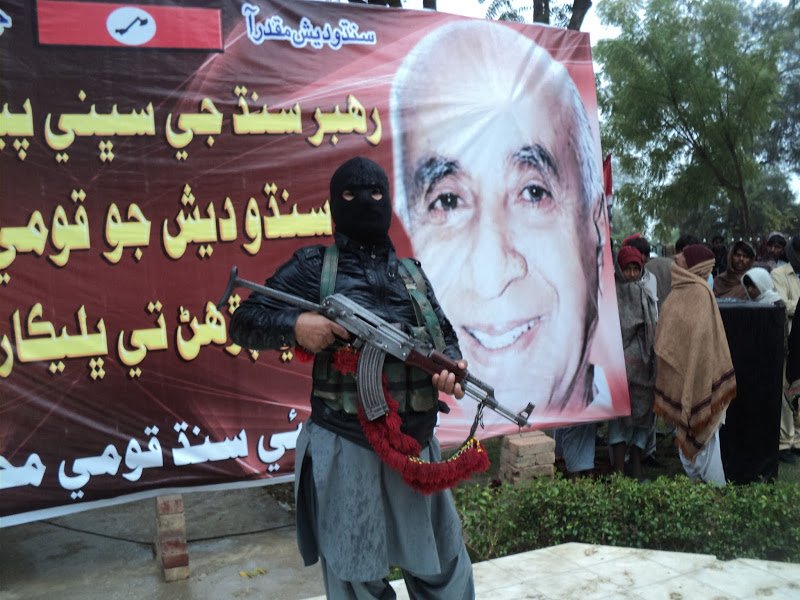 The first attack was carried out on Pakistan Army Rangers vehicle in Gulistan-e-Johar area of ​​Karachi where 2 Rangers personnel were killed and 5 were seriously injured. The second attack took place on a Rangers check post located at Manzil Pump, Qauidabad in Malir area within an hour. One Rangers Personnel was killed and two were critically wounded in the attack on the attack on the check post.

As per reports from Balcochistan Post, unidentified persons targeted Pakistan Rangers by bombs at two different places in Karachi, the capital of Sindhudesh.

According to officials, a Rangers official was injured in the Gulistan-e-Johar blast. Authorities have not yet released details of casualties in the second attack.

The Sindhudesh Freedom Fighters Group SRA statement said “Sindhudesh Revolutionary Army claims the responsibility of twin attacks on Pakistan Rangers today; one on a Rangers vehicle in Gulistan-e-Johar Karachi, where 2 Rangers personnel were killed and five were seriously injured and second attack took place on the Rangers check-post located at Manzil Pump, Qauidabad, in which one Rangers Personnel was killed and two were critically wounded.”

“Pakistani Punjabi state has occupied our land and resources, we will never allow Punjabis(Pakistani state) and China to occupy and exploit our land and our Sea,” statement read.

The spokesperson further said “SRA resists against the occupation of Pakistan and China and we will continue our attacks on CPEC and all other Pak-China Projects, which may exploit our sea, land and resources.”

“Sindhudesh Revolutionary Army is fighting for Free, Sovereign, Secular and Democratic State of Sindhudesh,” he added.

As per a source, “Sindh Rangers contract was due to expire in June. I have a feeling it will be extended, like always.”

Should the United Nations and the US Administration not look at the Human Rights abuses of native Baloch people in Balochistan, Sindhis and Mohajirs in Sindhudesh and recognize Balochistan, Sindhudesh, Pashtunistan as free and Independent countries?

At lest the neighboring nation India should recognize the freedom movement in Balochistan, Sindhudesh and Pashtunistan and recognize their governments in exile. As a neighbor will India help in freedom of these countries like in 1971?