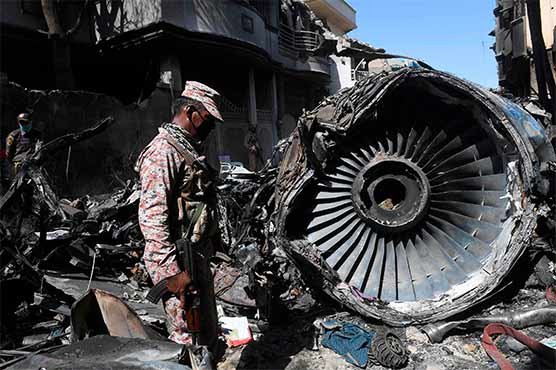 Pakistan came under heavy criticism worldwide after it emerged that nearly a third of its pilots were holding fake or dubious licences, which cast a doubt on the Pakistani Origin Pilots flying planes for foreign countries. Some observers wondering if international Aviation Industry will ban Pakistani Pilots completely from flying for them or will each Pakistani Pilot will have to undergo re-training and will be required to give fresh exams? This Scandal has shamed Terrorist producer FATF Grey Listed Nation, Pakistan again in front of the International Community.

Pakistan’s aviation authorities have grounded 262 airline pilots, whose flying licenses may be fake or falsified in a widening scandal following a fatal plane crash in Karachi last month.

We covered about the fatal plane crash on 22-May 2020 in our previous article Pakistan PIA Civilian Plane Crashes: Public Money Spent on Terrorists

Also watch our YouTube Video on the PIA Plane Crash

Aviation Minister Ghulam Sarwar Khan said June 26 the pilots are under investigation and five senior officials at the Civil Aviation Authority who were sacked over the scandal may be prosecuted.

The pilots include 141 at state-run Pakistan International Airlines (PIA), which employs 450 pilots. The remaining pilots worked for private airlines and charter services.

More than 30% of civilian pilots in Pakistan have fake licenses and are not qualified to fly, the country’s aviation minister revealed Wednesday.

Addressing Pakistan’s National Assembly, Ghulam Sarwar Khan said 262 pilots in the country “did not take the exam themselves” and had paid someone else to sit it on their behalf.

“They don’t have flying experience,” he said.

Khan said during the June 24 parliamentary session that another inquiry had found 262 pilots — out of a total of 860 active pilots in the country — had obtained their licenses through cheating and having others take exams for them.

PIA has grounded all its pilots who hold fake licenses, effective immediately.

“PIA acknowledges that fake licenses is not just a PIA issue but spread across the entire Pakistani airline industry,” spokesperson Abdullah Khan said, adding that some of the fake pilots also fly for foreign carriers.

The results of the investigation were announced Wednesday as part of a preliminary report into a plane crash that killed 97 people in the southern city of Karachi on May 22. The PIA plane crashed after taking off from Lahore, killing all but two of the passengers and crew on board.

Khan did not clarify if the two pilots on flight PK 8303 held fake licenses.

According to the alleged Pakistan Official version, the pilots were chatting about the coronavirus and repeatedly ignored warnings from air traffic controllers before the plane went down in a residential area near the airport.

“The pilots were discussing corona throughout the flight. They were not focused. They talked about the coronavirus and how their families were affected,” Khan said, adding that the pilots were “overconfident.”

According to Khan, the pilots were told three times by air traffic controllers that the plane was too high and they should not attempt to land, “but the captain did not pay any heed to these instructions.”

The pilots proceeded with trying to land — without lowering the landing gear.

“The aircraft touched the runway surface on its engines,” the report said. The engines scrubbed the runway, causing sparks and irreparable damage.

The pilots pulled the plane back into the air, but the damaged engines failed and caused the plane to crash, according to the report.

As per the local sources, these pilots are mostly non-Punjabi pilots. These are the pilots who had not given the bribes as asked for by the higher officials. Failure to pay bribes, their names were included in the lists.

As per the sources, only the Non-Punjabi pilots will be prosecuted to show the world that Pakistan has taken strict action against the pilots. However the international community should ask Pakistan authorities to punish all who let other people to give exams on behalf of the pilots.

Punishing a few people who could not pay the bribes to the Imran Khan led PTI government and Punjabi Pakistani Army, and making the non-Punjabis as scapegoats will not solve the problem. The whole system is corrupt and everyone needs bribes. One who is not paid bribes in Pakistan, exposes the others.”

CNN also discussed this story with Aviation Experts. There is another story that i want to get your views on. That came from Pakistan Aviation Authority. A third of pilots not actually being qualified for flying planes. What do you make of this story and how prevalent it is elsewhere.

While answering a question to the anchor on CNN if pilots not actually being qualified for flying planes is prevalent elsewhere?, an aviation expert answered, “Its not. Its not. Let me say that clearly. It is not prevalent elsewhere. This is the most extraordinary story in Aviation. Dubious licenses, Fake Licenses, is how the investigators put it in Pakistan crash investigation. PIA is looking to see that up to a third of its pilots did not have correct licensing. To be clear the pilot that was flying the crashed plane did have the license, although there were raft of other incompetent issues in the way they were flying the plane. But, the fact that a country is admitting there are dubious pilot licenses in the commercial airline sector. Beggars Believe and must raise very serious questions about safety of airlines in Pakistan.”

“They are getting people to do final exams. You need to get the marks to gain experience. But the idea that they never took the exam is quite frankly terrifying.”

“We had isolated cases where pilots had been flying for decades on forged, outdated whatever… But they always turned out to be very good pilots. They just didn’t have the right paperwork. This is not the case. This is a case of wholesale fraud or whatever you want to call it. People flying that should not be flying, it’s a scandal.”

That raises serious concerns. How many such quack pilots are working for other International Airlines in the International Aviation Sector? Will each Pakistani Origin Pilot will have to undergo re-training and will be required to give fresh exams in each country?

Why doesn’t the International Aviation Industry boycott Pakistani Origin Pilots who are a risk for the safety of all Passengers worldwide?

Did CIA mention that some of the pilots in 9/11 may have got pilot’s training in Pakistan?