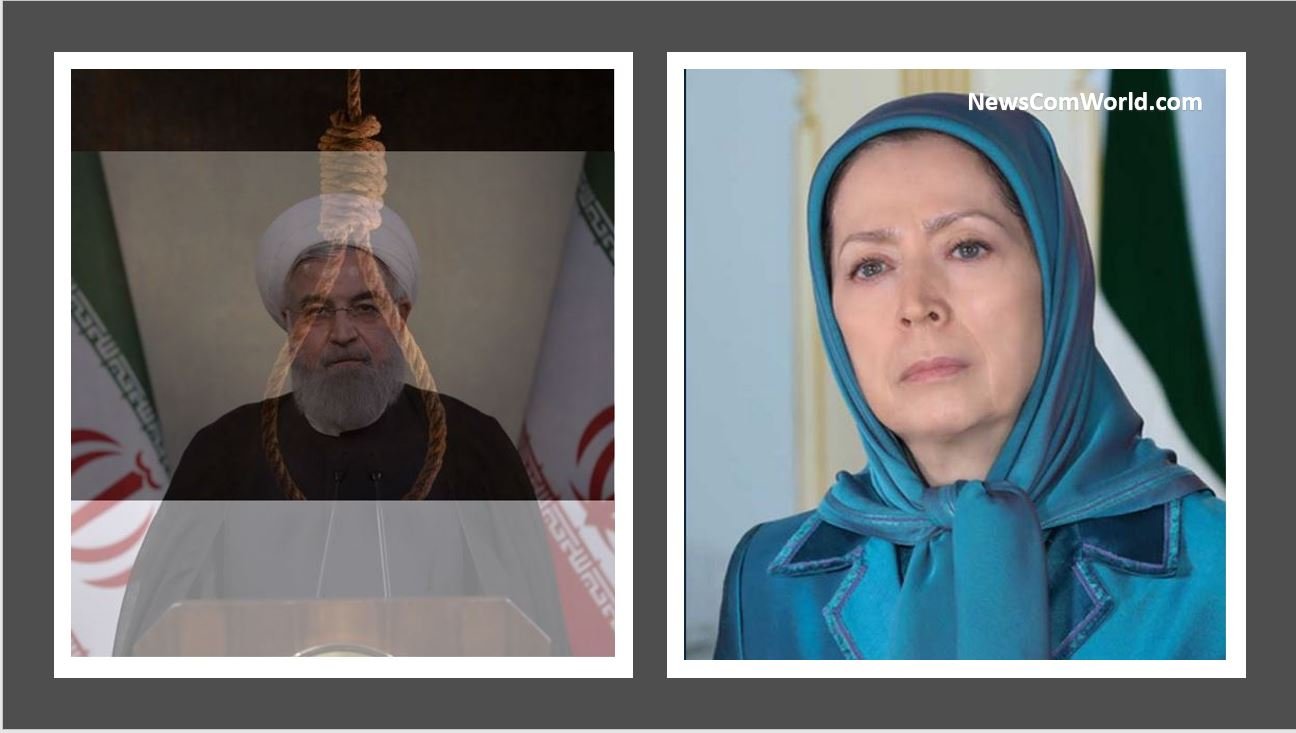 Maryam Rajavi, the leader of the People’s Mujahedin of Iran (MEK), an organization trying to overthrow the Iranian government, and President-elect of its National Council of Resistance of Iran (NCRI) has condemned the mullahs’ criminal regime in Iran. She said, “Protests and uprisings Of Brave Iranian People will Topple The Mullahs’ Criminal Regime In Iran”

In a messages on the State Murder of Navid Afkari by Iran Mullah regime, she said, “The mullahs’ criminal regime sent Navid Afkari to the gallows. But they will soon receive their response from Iran’s people and brave youth in their blazing protests and uprisings to topple the regime.

Maryam Rajavi: Navid Afkari will live on in the hearts and the fight of combatants of thousands of Resistance Units

Iran’s courageous youth will rise in solidarity with the heroic people of Fars Province and in protest of the undue execution of Navid Afkari.
Iran mourns Navid and shares in the grief of Afkari family as the world is shocked by Khamenei and the clerical regime’s barbarism.

The religious fascism ruling Iran cannot survive a day without executions, torture and domestic suppression. By spilling the blood of young people like Navid Afkari, the mullahs are seeking to maintain their hold on power in the face of Iran protests.

The execution of Navid Afkari, however, will only add fuel to the flames of the Iranian people’s uprising and will send the mullahs’ regime to the dustbin of history.

My thoughts and deep sympathies go out to the family of Navid. My heartfelt condolences to the great people of Shiraz, to the athletic community and to our bereaved nation.

Our people will never forgive or forget this crime. Khamenei and his regime will not be able to evade the consequences of this cowardly murder.

The United Nations Security Council and its member states, the UN Human Rights Council, the UN High Commissioner for Human Rights, the European Union and all international human rights authorities need to take practical, effective measures against the regime in Iran for the execution of Navid Afkari and 120,000 others executed on political grounds.

Silence and inaction give a green light to and are construed as complicity in these crimes.

Once again, I call on the international community to take urgent action to release the Afkari brothers, other detained protesters, and all political prisoners who are in danger of being executed.

Why does the Mullahs of Iran forget that the public rage is brewing. Protests and uprisings of Brave Iranian People can topple the Mullahs’ Criminal Regime In Iran and what will be their fate?

Whether it was Nazi Hitler or any fascist dictator, heroes get happy endings but villains don’t.