China using Bio-Warfare as a Means to Reduce Population Explosion. 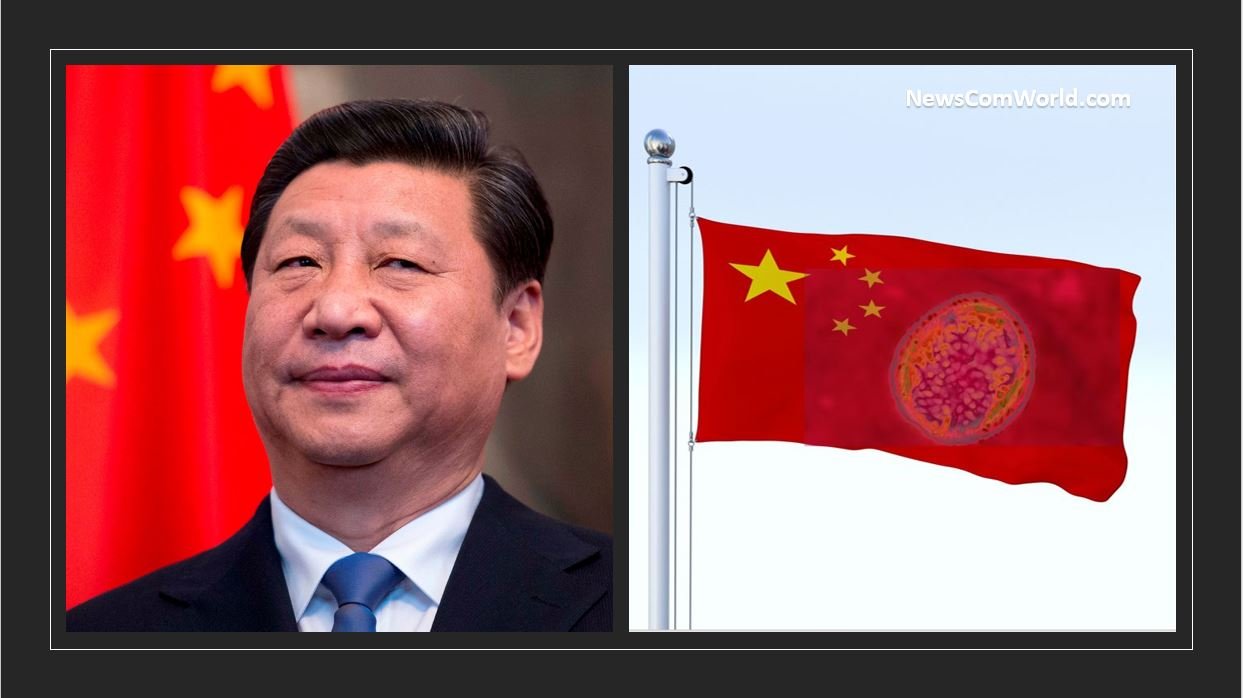 After the Bio-Warfare started by China from Wuhan by releasing Chinese Wuhan Corona Virus that killed 942,000 people world wide, It seems China is using Bio-Warfare as a means to reduce Population Explosion. Another leak of hazardous bacteria has come in news and if China succeeds in weaponizing this Bacteria and further succeeds in transmission of this bacteria from man to man, we are looking at Human Extinction level Bio-Weapon in the making in Chinese Labs.

Brucellosis is an infectious bacterial disease that spreads from animals to people. The disease, also known as Malta fever or Mediterranean fever, can cause recurring fever, joint pain and severe headaches, among other symptoms. Chronic brucellosis is especially hard to cure and causes a general fatigue and a persistent fever. Symptoms can last months or even years, and damage human fertility, although the disease is rarely deadly.

As per experts China is experimenting on mass sterilization and is finding different ways of damaging human fertility in small pockets. If China succeeds in Human to Human transmission and unleashes this infection after engineering on other countries, it will lead to a catastrophe and will lead to wiping out the human population in the next generation.

As per experts China is experimenting on mass seterlization and is finding different ways of damaging human fertility in small pockets. If China succeeds in Human to Human transmission and unleashes this infection after engineering on other countries, it will lead to a catastrophy and will lead to wiping out the human population in the next generation.

Presently this disease commonly occurs among dogs, sheep, cattle, goats and pigs. If Chinese malicious Intentions succeed and China is able to transmit this bacteria from Human to Human contact like the Chinese Wuhan Corona Virus, we are seeing at similar Chinese attacks that can damage Human Fertility and can wipe off Human population by next generation.

The outbreak comes after a leak at the Zhongmu Lanzhou biological pharmaceutical factory, thought to have taken place between late July to August last year.

China’s state-run Global Times newspaper said: “The number is way larger than expected and raised widespread concern over the disease’s spread and its consequences.”

By then, she had missed the window for the most effective treatment, leaving her with a hard-to-cure chronic condition that requires long-term medication. Since July, it’s been hard for her to walk unassisted because of the joint pain.

Gao is among thousands of residents around a biopharmaceutical plant in Lanzhou who were exposed to the highly contagious, hard-to-treat disease as a result of contaminated factory exhaust last summer. Most of the patients tested positive for brucellosis antibodies, but few were formally diagnosed.

Patients said doctors seemed inexplicably reluctant to issue brucellosis diagnoses or to quickly order aggressive treatments. Although local officials maintained that the disease would dissipate over time, many residents are still suffering damage to their health, undermining their quality of life.

“(My) calf swelled to twice the usual size and joints all over my body hurt,” Gao said.

Gao’s nightmare began at the Lanzhou Biopharmaceutical Plant, a unit of state-owned China Animal Husbandry Industry, located on the northeastern edge of Lanzhou, the capital of Gansu Province. Local health authorities said on Dec. 26 last year that the factory used expired sanitizers while producing Brucella vaccines between July 24 and Aug. 20. This resulted in the bacteria entering the factory’s exhaust and infecting people nearby, officials said.

There are more than 10 communities with a combined population of more than 10,000 located within 1 km of the plant.

The Health Commission of Lanzhou, the capital city of Gansu province, confirmed that 3,245 people had contracted the disease brucellosis, which is often caused by contact with livestock carrying the bacteria brucella.

Another 1,401 people have tested as preliminarily positive, though there have been no fatalities reported, the city’s Health Commission said. In total, authorities have tested 21,847 people out of the city’s 2.9 million population.

The disease, also known as Malta fever or Mediterranean fever, can cause symptoms including headaches, muscle pain, fever and fatigue. While these may subside, some symptoms can become chronic or never go away, like arthritis or swelling in certain organs, according to the United States’ Centers for Disease Control and Prevention (CDC).

Human-to-human transmission is extremely rare, according to the CDC. Instead, most people are infected by eating contaminated food or breathing in the bacteria — which seems to be the case in Lanzhou.

This outbreak stemmed from a leak at the Zhongmu Lanzhou biological pharmaceutical factory, which occurred between late July to late August last year, according to the city’s Health Commission. While producing Brucella vaccines for animal use, the factory used expired disinfectants and sanitizers — meaning not all bacteria were eradicated in the waste gas.

This contaminated waste gas formed aerosols that contained the bacteria — and leaked into the air, carried by wind down to the Lanzhou Veterinary Research Institute, where the outbreak first hit.

Other infected patients included students and faculty members of Lanzhou University; the outbreak even spread to Heilongjiang province, at the very northeastern tip of the country, where 13 positive cases had worked in the veterinarian institute in August, Xinhua reported at the time.

In the months after the outbreak, provincial and municipal officials launched an investigation into the leak at the factory, according to the Lanzhou Health Commission. By January, authorities had revoked vaccine production licenses for the plant, and withdrew product approval numbers for its two Brucellosis vaccines.

A total of seven veterinary drug product approval numbers were also canceled in the factory.

In February, the factory issued a public apology, and said it had “severely punished” eight people who were determined as responsible for the incident. It added that it would cooperate with local authorities in the response and cleanup efforts, and contribute to a compensation program for those affected.

The Lanzhou Health Commission also announced in its report on Tuesday that 11 public hospitals would provide free and regular checkups for the infected patients. The report didn’t offer additional details on the compensation for patients, except that it would be launched in batches starting October.

Brucellosis had been much more common in China in the 1980s, though it has since declined with the emergence of vaccines and better disease prevention and control. Still, there have been a smattering of brucellosis outbreaks around the world in the past few decades; an outbreak in Bosnia infected about 1,000 people in 2008, prompting the culling of sheep and other infected livestock.

In the US, brucellosis has cost the federal government and livestock industry billions of dollars. About 60% of female bison at Yellowstone National Park carry the bacteria, according to national park authorities.

In our previous article China Made A Bio-Weapons Testing Facility in Pakistan To Avoid Coronavirus like Spread in China In Future we had mentioned that China has opened Bio-Weapons Testing Facility in Pakistan to avoid such spread in China during Testing in future. There is fear spread in Pakistan as well. Today a cluster of 30,000 people is used for testing in Chinese remote town, what if China tests this next in Pakistani Cities and that damages the fertility of the entire Pakistani cities?

This fear of losing fertility in Chinese Bio-Weapons testing has lead to people opposing the presence of Chinese in their countries and people are looking at Chinese citizens with suspicion.

News in China is always censored. What the Leftist/Liberal media is trying to downplay as an accident can be a major Chinese experiment on a small level and if such Bio-weapons development programs continue in China, it can lead to extinction level Bio-Weapon attacks by China.

International Community should impose heavy sanctions on China, while demanding Trillions of Dollars in Compensation for killing over 942,000 people world wide and bringing world economy to a standstill.