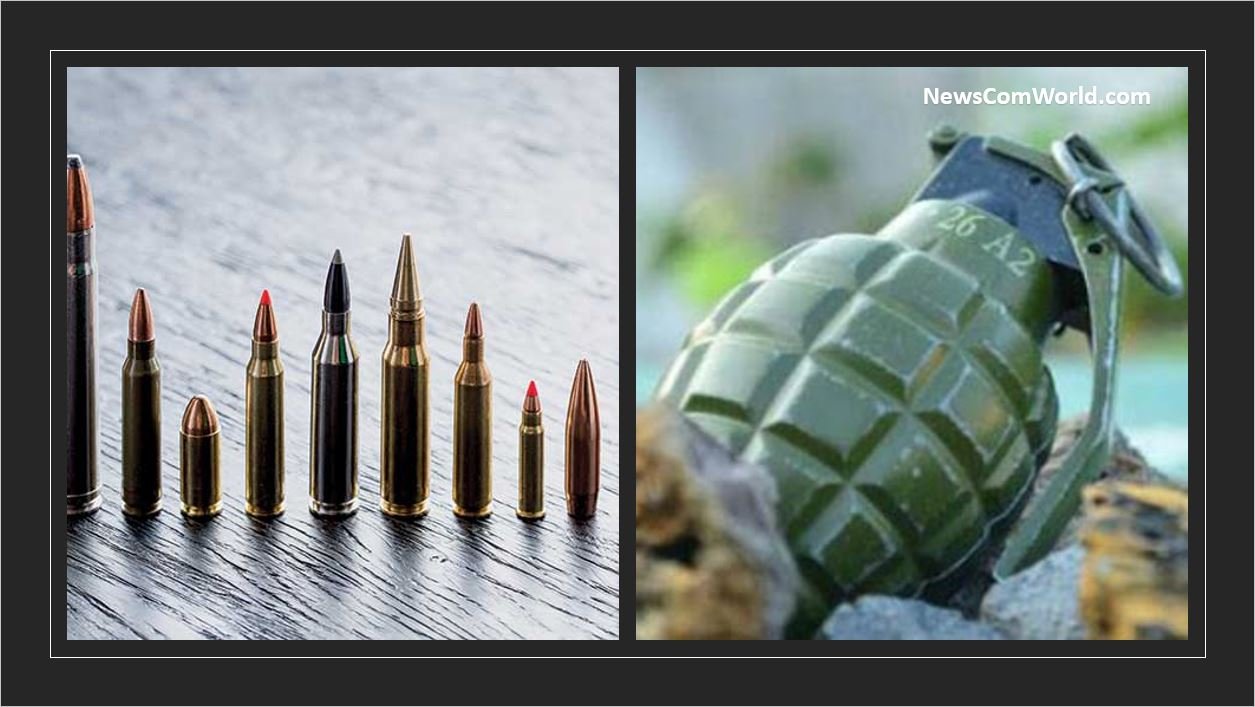 India is building war reserves of ammunition in a big way. Because of India-China standoff in Indian Ladakh region where China illegally and forcefully captured 38,800 sq km of Indian Territory after the 1962 Chinese attack on India and recent infiltration by the Chinese inside the Indian Territories, India fears a Chinese attack in the near future.

In case the China attacks India, there is every likelyhood that in the Western border, Chinese controlled Pakistan may also attack. To deal with a two-front war scenario, India has already started building its war reserves of essential arms and ammunition.

As per the press release issued by the Ministry of Defense, on 1-October 2020, Providing further boost to the ‘Make in India’ initiative of Government of India in the Defence Sector, Acquisition Wing of Ministry of Defence (MoD) today signed a contract with M/s Economic Explosive Ltd (EEL), (Solar Group) Nagpur for supply of 10,00,000 Multi Mode Hand Grenades to the Indian Army at an approximate cost of Rs. 409 Crores. These grenades will be replacing the hand grenade design of World War-II vintage, in use with the Indian Army.

The Multi-Mode Hand Grenade has been designed by DRDO/Terminal Ballistic Research Laboratories (TBRL) and is being produced by M/s EEL, Nagpur. The Grenades have a distinctive design, in that, they can be used in both Offensive and Defensive Modes. This is a flagship project showcasing public-private partnership under the aegis of Government of India (DRDO & MoD) enabling “AtmaNirbharta” in cutting edge ammunition technologies and accomplishes 100% Indigenous Content.

According to sources, The Indian Defence Research and Development Organisation (DRDO) has developed a new variant of a rifle-launched grenade having more advanced technical and safety features than the present generation of grenades.

The grenade, which has 40 mm caliber, can be launched from an “under-barrel launcher” (UBL) fixed to the fore of a standard issue rifle or from a multiple grenade launcher (MGL), a dedicated hand-held weapon used to fire grenades from a cylindrical magazine similar to that in a conventional revolver.

At present, the Army is using two calibers of weapon-launched grenades. The 30 mm, which is fired from a heavy, tripod-mounted automatic grenade launcher, and the 40 mm variant that is fired from a UBL or MGL. Two types of UBLs—one designed by the DRDO is integrated with the rifle’s firing mechanism and a Russian variant that has its own trigger—are in use by Indian Army.

“Besides use of composite materials from the fabrication of the body of the new grenade, a major technological upgrade vis-à-vis the older grenades would be the use of advanced new generation fuses that trigger the detonation,” a DRDO scientist said. “Some additional reliability and safety features are also envisaged,” he added.

Recently, DRDO’s Chandigarh-based Terminal Ballistics Research Laboratory had developed advanced fuses for various kinds of service ordnance and warheads that are claimed to enhance the lethality, safety and reliability.

Grenades launched from a weapon give troops immense advantage in terms of enhancing their firepower, reach and accuracy as compared to handheld grenades. With weapon-launched grenades, targets such as troops, enemy posts and bunkers, vehicles and buildings can be engaged up to 400 metres.

This distance of 400 meters is very cruicial in Mountaneous region of Ladakh where Indian and Chinese Armies are standing face to face as close as 50 meters. These hand thrown as well as UBL or MGL launched granades wil be a great help during the winters when the temperature will go around minus 40 degree and mountain passes will be covered with snow and the movement of heavy weapons including tanks will be impossible.

As per a source, all the Arms and Ammuniton being made by India are very lethal. Chinese would taste the real blood if they impose a war on India.

The Army has asked private industries to meet the annual requirement for different types of ammunition, including rifle bullets and artillery rockets, for the next 10 years. The types of ammunition being manufactured include rockets for the 300mm SMERCH and 122 mm BM21 systems, 90 mm shoulder-fired rocket launcher, 155 mm, 40 mm and 20 mm rounds for artillery and air defence guns as well as 7.62 mm and 9 mm rounds for different rifles and carbine.

The shift towards the private industry to meet defence requirements is part of the government’s efforts to facilitate the development of indigenous capacity, reduce import dependence and with the long-term objective of building capacity within the industry as a robust alternative source of ammunition. The Indian government has approved manufacturing of eight selected ammunition for Indian Army by the Indian Industry.

Essential ammuniton for different systems are being made within India, avoiding any dependence on procuring from other countries in an emergency during the war.

we covered in details about the Pinaka systems in our previous article Indian Weapon Systems: Pinaka Multibarrel Rocket Launch (MBRL). All the Ammunition for Pinaka systems are being manufactured within India at war scale.

All the ammunition used by Tanks used by Indian Army are also being manufactured at a war scale within India.

All the Field Guns in service with Indian Army are being manufactured within India and their ammunition is being produced at a large scale as India is building war reserves for them.

Medium Guns 155mm Dhanush Guns are being manufactured within India and all their ammunition is also being made within India at a large scale.

Advaned Towed Artilery Guns 155mm are currently under trials in India. Once the trials complete, Guns as well as their ammuniton will also be made at large scale with public private partnership.

While India is facing the imminent threat of a two front war (China on one side and Pakitan on the other), sources tell us that Chinese moles in different opposition political parties may ignite the strikes by trade/labor unions of different Government run Ordinance factories. In order to nullify their impact, Indian Government has increased its survivellance and strict action will be take against those found guilty of instigating the Ordinance Factory workers in halting production. Government of India has also tied up with Defence manufacturing Indian companies in large numbers to fulfil the requirements of the essential ammunition required by Indian Army in a big way.

As per sources, Indian Government with strong determination is ready to defend Indian Territories from Chinese or Pakistani misadventures and aggression at all costs. No compromise will be made with anyone disrupting production of Arms and Ammunition in India, whichever political parties they may belong to or whichever ranks they are from.

As per sources in India, the times like these when the country is facing threats of war from China, anti-national forces can be easily identified. The issues with policies can be debated at any stage, but these should not halt production of essential arms and ammunitions. If labor unions will try to disrupt, Indian Government will have no option to give all the contracts to the Indian private sector. That will reduce the costs and will ensure good quality is maintained along with quick delivery of the required ammunition during the war.