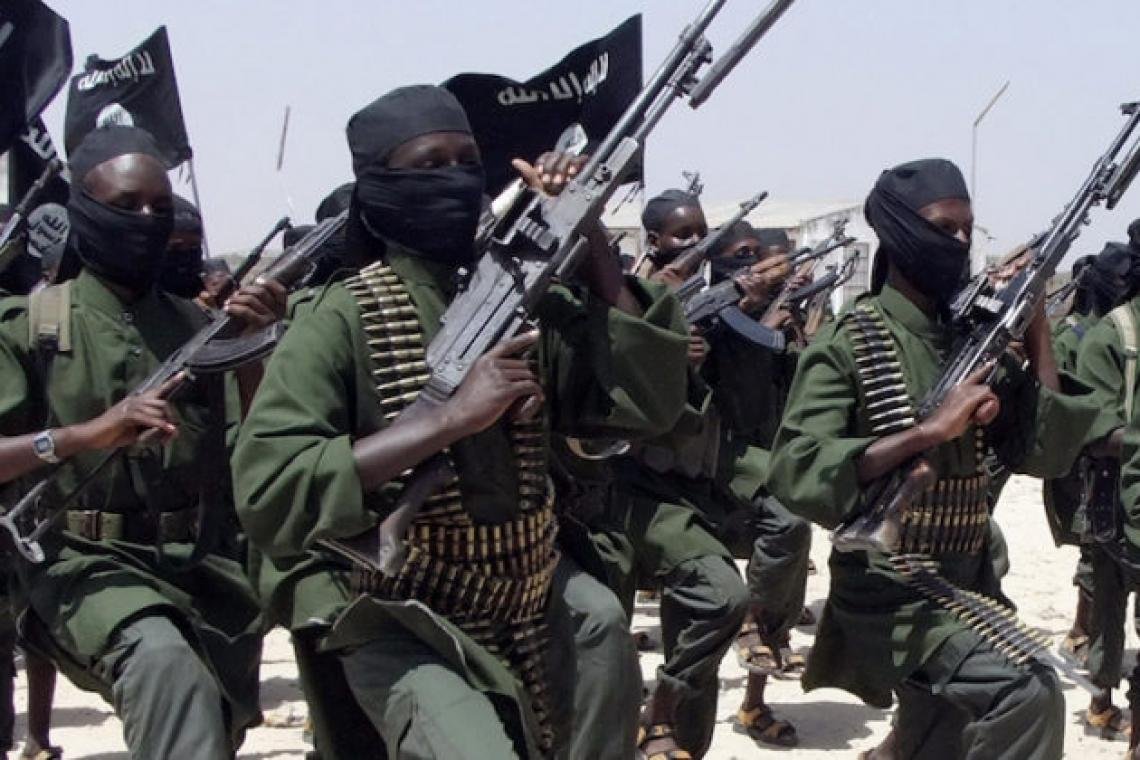 Islamist Terrorists Behead more than 50 residents in Northern Mozambique, as per state media report. Several houses of villagers were burnt.

The Islamist Terrorists turned a football pitch in a village into an “execution ground”, where they decapitated and chopped bodies, other reports said.

The beheadings are the latest in a series of gruesome attacks that the Islamist Terrorists have carried out in gas-rich Cabo Delgado province since 2017.

Up to 2,000 people have been killed and about 430,000 have been left homeless in the conflict in the mainly-Muslim province.

The Islamist terrorists are linked to the Islamic State (IS) group, giving it a foothold in southern Africa.

The group has exploited poverty and unemployment to recruit youth in their fight to establish Islamic rule in the area.

Many locals complain that they have benefited little from the province’s ruby and gas industries.

latest attack was probably the worst carried out by the Islamic Terrorists.

Many people are shocked, and they are calling for a peaceful resolution to the conflict, he adds.

Two people were beheaded in the village and several women abducted, the news agency added.

According to the census conducted by the National Institute of Statistics in 2007, 56.1% of the population of Mozambique were Christian, 17.9% were Muslim (mainly Sunni), 18.7% had no religion, and 7.3% adhered to other beliefs.

A separate group of militants carried out another brutal attack on Muatide village, where they beheaded more than 50 people, the news agency reported.

Villagers who tried to flee were caught, and taken to the local football pitch where they were beheaded and chopped to pieces in an atrocity carried out from Friday night to Sunday, privately-run Pinnancle News reported.

Sources in Macomia, who received some of the villagers fleeing from the terrorists, said the bandits reached Nanjaba at about 22.00. They fired into the air, shouting “God is great!”, and then started burning down the houses.

One of the paper’s sources, Faque Adimo, who lives in Macomia town, said his mother arrived from Nanjaba on Sunday morning. “She said they burnt down everything, including the local crèches. There’s nothing left in Nanjaba”.

The “Mediafax” sources said the jihadists beheaded two people and kidnapped six women. Although the village is not far from the district capital, there was no apparent reaction from the considerable contingent of the defence and security forces stationed in Macomia town.

That same night, the terrorists, returning to their camp in the coastal area, attacked Napala village, where they burnt down huts and murdered three people. This was the second time the bandits had attacked Napala.

As for the district of Muidumbe, people who have fled from the terrorist incursion that began on 1 November, say the islamists are still occupying several villages.

Rosario held a meeting with Magufuli. Details of what the two men discussed are sparse, although afterwards Rosario told reporters they had reviewed the cooperation between the two countries, “including the complex question of terrorism”.

Tanzania has not shown much sympathy for Mozambicans fleeing from terrorist attacks. Some two weeks ago it expelled about 1,000 Mozambican refugees. They were dumped across the border in Negomano, in Mueda district.

In July 2020, State Security Minister Ayanda Dlodlo admitted that South Africa’s intelligence services were having “sleepless nights” because of the threat posed by IS in neighbouring Mozambique.

Authorities 23 Dec 2019 seized over 430kg of heroin and arrested thirteen Pakistanis in Bay of Pemba.

As per the travel advisory issued by UK to its citizens, Terrorists are very likely to try to carry out attacks in Mozambique. Attacks could be indiscriminate, including in places visited by foreigners.

Groups with links to Islamist extremism have carried out attacks in Cabo Delgado since late 2017, with attacks reported in the districts of Palma, Mocimboa da Praia, Macomia, Nangade, Quissanga, Muidumbe, Meluco, Ibo and Mueda, including the islands off the coast. Militants have used explosives, machetes and firearms to conduct lethal attacks, including attacks on vehicles.In June 2019, Islamic State claimed responsibility for an attack. Since March 2020, the district of Mocimboa da Praia has been attacked and captured several times by groups with links to Islamist extremism, the most recent on 12 August 2020. There has been an increasing number of attacks since 2019.

There are reports of an increased security presence in the region, including road blocks, and there are regular clashes between insurgents, armed vigilante groups and Mozambican security forces.

There’s a heightened threat of terrorist attack globally against UK interests and British nationals, from groups or individuals motivated by the conflict in Iraq and Syria. You should be vigilant at this time.

Due to the presence of groups with links to Islamic extremism, there is a threat of kidnap in Mozambique. The threat is particularly acute in northern districts of Cabo Delgado province.

British nationals are viewed as legitimate targets, including those engaged in tourism, humanitarian aid work, journalism or business sectors. If you’re kidnapped, the reason for your presence is unlikely to serve as a protection or secure your safe release.

Why is the International Community not taking steps to dismantle countries like Pakistan that are churning out Islamist Radical Terrorists at a rapid speed in its lakhs of Madrasas? Or is that International Community does not have intelligence that the Pakistani Radical Islamist teachers are behind the radicalization of the people in this region of African continent and the same are used by Pakistan Intelligence Agency for crimes in South Africa?