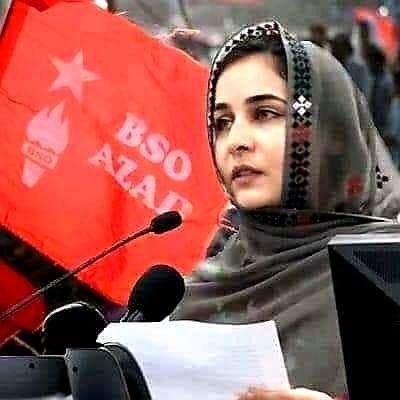 Toronto Police is trying to Cover up the murder of Karima Baloch as a suicide. However Baloch Human Rights Groups BHRC has rejected Trudeau Government’s stand that Karima Baloch committed Suicide.

As per the reports, Karima Baloch that was abducted on Sunday, her body was pulled from Lake Ontario, near Centre Island, on Monday.

A Pakistani journalist living in exile in Sweden was assassinated recently. He has been missing since March, has been found dead, police said Friday 1-May-2020. “His body was found on 23 April in the Fyris river outside Uppsala,” Jonas Eronen, a police spokesman, said.

Sajid Hussain, from the troubled southwestern province of Baluchistan, was working part-time as a professor in Uppsala, about 60 kilometres (35 miles) north of Stockholm, when he went missing on March 2.

Does Uppsala name strike our readers? Yes it is the same University where Pakistan ISI stooge Ashok Swain works. As per unverified source on condition of anonymity told that Ashok Swain was involved in the disappearance of Sajid Hussain. He mentioned that if Sweden Police investigates Ashok Swain, they will find some evidences including the phone calls and visits by strangers who are Pakistan Intelligence officers and people with dubious backgrounds.

Erik Halkjaer, president of the Swedish chapter of Reporters Without Borders (RSF), had earlier in 27-March had urged Swedish police to continue to investigate Hussain’s disappearance, which he also said could have been due to his work.

“At this point, we can’t ignore the possibility that his disappearance might be work related,” he said.

In recent months, several Pakistani activists and bloggers living in Europe have claimed to have been targeted for speaking up against human rights violations in Pakistan.

Unfortunately Police and intelligence agencies in Sweden did not do much and closed the investigations without finding out the real culprits.

Must Read : Law and Order Collapse in Canada As Justin Trudeau Sings The Tune of Terrorists

Activist friends and family of Karima Mehrab claim her death was no accident.

Lateef Johar Baloch said the last time he spoke with the 37-year-old Pakistani human rights activist was on Friday about her courses at University of Toronto, where she was studying political science and economics. She went missing on Sunday and Balcoh said her body was pulled from Lake Ontario, near Centre Island, on Monday.

“We can’t believe or accept this was an accident,” said Baloch, 30, a friend and fellow activist who lives in Toronto. “She was threatened anonymously. They said, ‘We know where you live.’ Her husband showed me the messages and it said, ‘We will send a Christmas gift to Karima she will never forget.’”

Mehrab — who family and friends also refer to as Karima Baloch — resided in North York with her brother and husband, Hammal Haider, also a Pakistani activist, from the U.K., living in exile.

Her husband Hammal Haider told TheGuardian that his wife had left home Sunday afternoon for a walk at Centre Island but never came home.

“I can’t believe that it’s an act of suicide,” he told the outlet.

“She was a strong lady and she left home in a good mood,” Haider said. “We can’t rule out foul play as she has been under threats. She left Pakistan as her home was raided more than twice. Her uncle was killed.

“She was threatened to leave activism and political activities but she did not and fled to Canada.”

Mehrab has been in exile in Toronto since 2015 when terrorism charges were levelled against her. But as a refugee, she continued to vocally campaign on social media and held rallies in Canada for the rights of people in Balochistan against the Pakistani government regime and military.

Thousands of protesters against the Pakistani government have gone missing in recent years in an effort to suppress the region’s aspirations for separation, Balochistan activists claim.

“She was considered a hero to Baloch people,” said Baloch. “She was the first woman to start campaigning in political activism,” and was head of the Baloch Students’ Organization.

“She was very kind, loved to talk about arts, go for a walk and help people,” he said. “She was always worried about people being affected. She always took me out to the cinema and we took walks along Harbourfront.”

In April 2014, Mehrab stood by Baloch as he participated in a 46-day hunger strike to protest the Pakistani government abduction and barter the safe release of their friend and colleague Zahid Baloch.

“During our hunger strike, the military fired on her house, destroyed her house,” he said.

“We need independent investigation into how she died,” he tweeted.

When Baloch talked to her on the phone Friday, he asked if everything was OK with her.

“We talked and she was good, I don’t know what happened,” he said.

“Think what if in Canada, there were only male-dominated institutions, politics. One woman inspired thousands of women. Karima was like that in Balochistan.”

Was the instructions to cover up Karima Baloch Murder case came from Justin Trudeau’s office directly? What is the Toronto police trying to cover up?

Watch this video wherein Pakistan’s Ex-Dictator Parvez Mussharaf told the journalist that Pakistan Intelligence Agency ISI will assassinate all the dissidents who are residing outside Pakistan. Did Justin Trudeau’s govt took the warnings when one of the most powerful Pakistanis ever is openly saying we will liquidate people like Karima Baloch?

This is not happening for the first time. As we mentioned earlier a Baloch Journalist Sajid Hussain was murdered in a similar manner. Will the highest office bearers in Pakistan be charged with crimes against humanity and tried in the International court of justice?