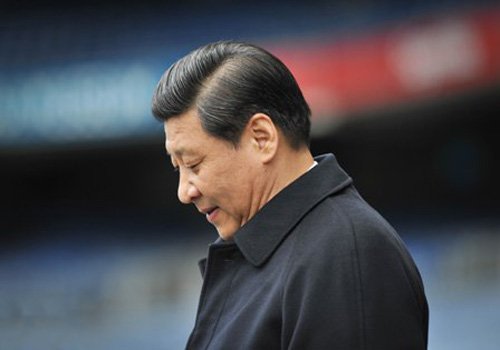 10 Chinese Spies operating a terror cell in Afghanistan have been arrested in the capital city of Kabul on charges of espionage. The crackdown has come as a huge embarrassment for Beijing, which has been trying to persuade the Ashraf Ghani government to hush up the case, people familiar with the matter said.

The 10 Chinese citizens, detained recently in this connection by Afghanistan’s National Directorate of Security (NDS) on charges of espionage and running a terror cell, are believed to be linked to China’s spy agency working with the help of Pakistan Intelligence Agency ISI, said Ministry of State Security. The crackdown by the NDS started on 10 December.

This is the first time in years that Chinese nationals have been caught spying in Afghanistan where the country was looking at rapidly expanding its influence even as the US withdraws its troops. At least two of the 10 Chinese nationals were in contact with the Haqqani Network, the terrorist group that doubles as the sword arm of the Taliban, a senior diplomat in Kabul said.

One of those detained, Li Yangyang, according to a counter-terror official in Kabul, has been operating for the Chinese Intelligence since July-August . He was arrested by the Afghan NDS on 10 December from his house in western Kabul neighbourhood of Kart-e-Char.

The NDS team seized arms, ammunition and Ketamine powder, a recreational drug , from his residence when the first round of raids were carried out on 10 December. NDS officials who have questioned Li have reported that he had been gathering information about al Qaeda, Taliban and Uyghurs in Kunar and Badakhshan provinces, according to this counter-terror official. A Chinese woman was the second person to be arrested. Sha Hung, who runs a restaurant in Kabul’s Shirpur was also arrested the same day.

“From her place, NDS recovered explosive material and other incriminating items,” the counter-terror official said.

After the arrests of Li Yangyang and Sha Hung, who are said to be the ones driving the espionage system in Afghanistan, Eight more Chinese nationals working as spies were arrested. The group reportedly had meetings with the top brass of the terrorist group Haqqani Network. Pakistan’s rough spy agency, the Inter-Services Intelligence (ISI), apparently worked as a mediator between the Chinese spies and the terror group.

President Ashraf Ghani has been briefed about the detentions and has authorised First Vice President Amrullah Saleh, a former chief of the Afghan intelligence agency, to oversee the investigation and engage the Chinese in view of the sensitivities involved, the people cited in the first instance added.

Amrullah Saleh has held a meeting with the Chinese envoy to Kabul, Wang Yu to brief him about the detention. Saleh is learnt to have indicated that the Afghan government could consider a pardon for the Chinese spies if Beijing submits a formal apology that admits to the violation of international norms and a betrayal of Kabul’s trust. Otherwise, Amrullah Saleh is believed to have told the Chinese ambassador, the Afghan government would go ahead with criminal proceedings.

China and Pakistan’s Interference in Afghanistan

Officials said that China and Pakistan are working to disrupt the Afghan peace talks. Both are trying to establish themselves as dominant forces in the region and influence the Taliban and Al-Qaeda once the US security forces withdraw. The two arrested spies were also in touch with some Taliban leaders and were also tracking the moment of the Uighur activists who had fled to Afghanistan.

“Chinese spies were working on a project to target and eliminate Uighur leaders in Afghanistan through terrorists to ensure abandonment of the rebel movement against the Chinese Communist Party (CCP),” said a source. It is said that Afghanistan officials will now carry out an investigation and check whether there were any Pakistani ties.

Islamabad, the ally of Beijing, has supported the latter’s inhumane treatment of Uighur Muslims. In the late 1990s, Pakistan failed to help Uighurs who settled in Northwestern tribal areas of the country after fleeing violence in China. They were either deported or assassinated.

The withdrawal of US troops from Afghanistan following the peace deal raises an imminent risk of border frictions with China that shares a small but strategic boundary line with Afghanistan.

Analysts believe that the terrorist forces and Muslim extremists will become an imminent threat for China who are raged by Beijing’s treatment of Uighurs.

According to the United Nations Human Rights Panel, there are credible reports of about one million ethnic Uighurs in China held in a “massive internment camp that is shrouded in secrecy.” Beijing calls them “vocational and training centers.”

As per Nishank Motwani, deputy director at Kabul-based think tank the Afghanistan Research and Evaluation Unit, “If Afghanistan spirals out of control in terms of security, the spillover effects of that conflict would be felt in China.”

The Afghan security establishment believes that Chinese spies were working to create a fake East Turkestan Islamic Movement (ETIM) module to infiltrate the actual ETIM operatives. ETIM is a United Nations Security Council-designated group that works in Xinjiang. It is believed that China uses ETIM as an excuse to violate the human rights of minority Uighurs. ETIM is no longer identified as a terrorist group by the United States. However, deviating from this policy after 18 years, US Secretary of State Mike Pompeo delisted ETIM as a terrorist organization on November 5. Beijing slammed the move calling it Washington’s “double standards on anti-terrorism.”

For long, Beijing has been worried about the existing links between militant groups and Muslim extremists operating in Xinjiang which is home to the mostly Muslim Uyghur people. The Chinese are pouring billions of dollars into infrastructure in South Asia. Beijing fears that exiled Uighur members of the East Turkestan Islamic Movement (ETIM) are passing through the Wakhan into Xinjiang to carry out attacks. “China fears militancy could threaten its growing economic interests in the region”, Ahmad Bilal Khalil, a researcher at the Kabul-based Center for Strategic and Regional Studies said.

However, analysts believe that Beijing won’t take the forefront and diplomatically enter the region with its “iron brother”, Pakistan. As per Analysts, China is using the links between Pakistan Intelligence Agency ISI and the Taliban Terrorists to workout a deal in which after the US troops withdrawal, China may supply arms and ammunition to Taliban Terrorists to bring down Afghanistan Government in exchange for staying away from China. Besides that China is using Pakistan Intelligence Agency ISI to assassinate Uyghur Muslims and their leadership who had fled to Afghanistan.

For a failed nation like Pakistan that is totally caught in the Chinese debt trap, the plight of Uyghur Muslim’s doesn’t matter. Pakistan has to obey its master China for which Pakistan would even close its yes.

Imran Khan expressed ignorance on the issue of Uyghars re-education (Like Nazi Concentration Camps) as he was newly selected as Pakistan PM then. Pakistan has never uttered a single word in favor of Uyghurs Muslims in China. In an interview with TRT World, hypocrite selected Pakistani Prime Minister Imran Khan simply evaded the question on atrocities on Uyghur Muslims in China.

But now since, he has completed 2.5 years in office. Would anyone believe that Pakistan and Imran Khan who are crying internationally for Indian Muslims is silent for Atrocities on Uyghur Muslims in Xinjiang in China?

“China is going to work more closely with Pakistan when it comes to Afghanistan as opposed to playing a leading role directly,” said Motwani.

Why doesn’t all countries stop all diplomatic relations with China and Pakistan and deport all Chinese nationals back to China?

As seen in this present case, even a Chinese lady running a restaurant was also a Chinese Spy running a terror cell. Can anyone believe any Chinese living anywhere in the world that they are not in anyway linked to Chinese Communist CCP and its agencies?