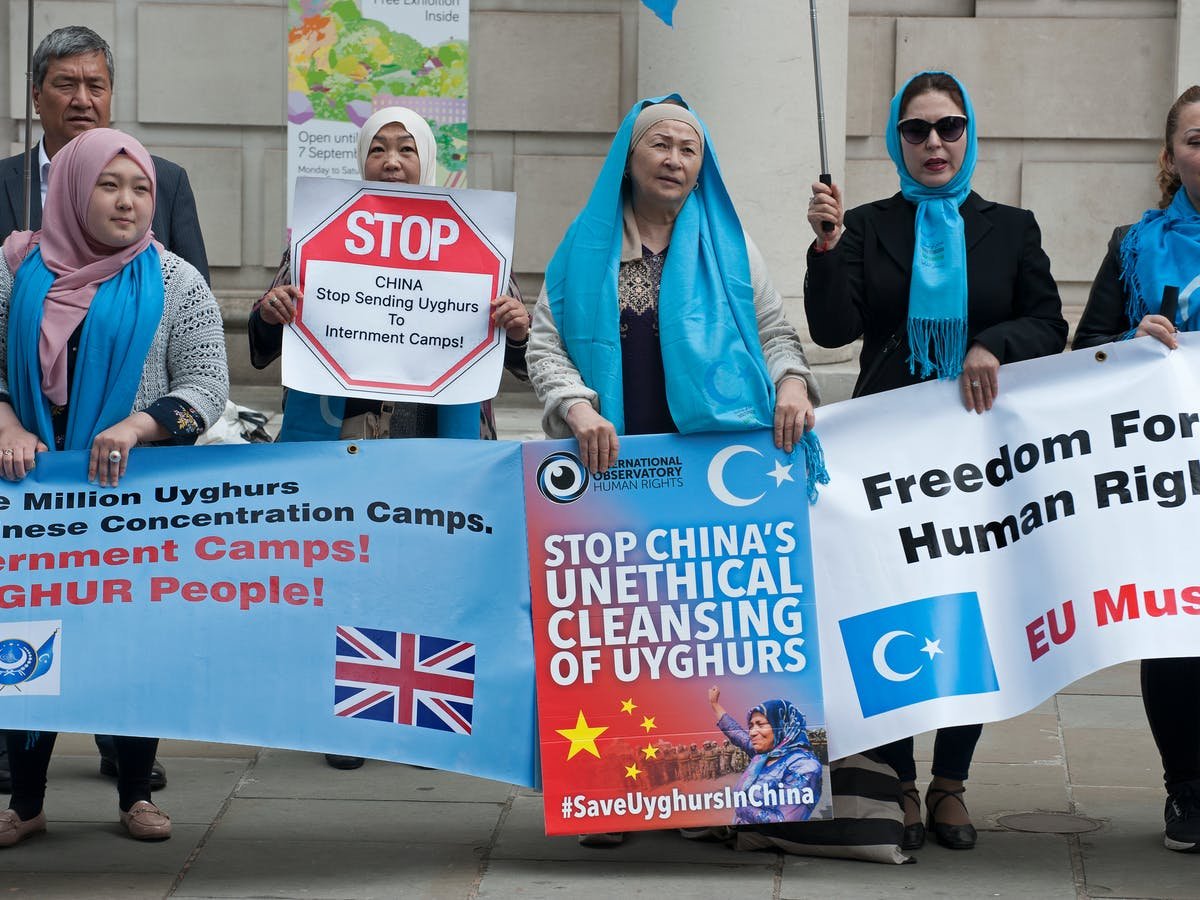 “We call on the Chinese Communist Party to immediately end these horrific practices and ask all nations to join the United States in demanding an end to these dehumanizing abuses.”
MICHAEL R. POMPEO
SECRETARY OF STATE

Forced labor in facilities nearby or affiliated with the internment camps;

The CCP is perpetrating a sustained campaign of forced sterilization, forced abortion, and involuntary implantation of birth control. Recent, documented evidence of these practices in Xinjiang is consistent with decades of CCP practices that demonstrate an utter disregard for the sanctity of human life and basic human dignity.

Michael R. Pompeo, Secretary of State said, “We call on the Chinese Communist Party to immediately end these horrific practices and ask all nations to join the United States in demanding an end to these dehumanizing abuses.”

Since 2017, the CCP has ramped up its campaign of brutal repression of Uyghurs and members of other Muslim minority groups through far-reaching and arbitrary detention and forced labor. In some cases, authorities have detained members of these groups based on spurious “birth policy violations.”

The CCP’s use of forced labor to target members of ethnic and religious minority communities is not confined to the Xinjiang region, and is increasingly taking place throughout China through the CCP government-facilitated arrangements with private sector manufacturers. The government expanded this campaign through the transfer of more than 80,000 detainees into forced labor in as many as 19 other provinces during the 2019 reporting period, according to NGO estimates and media reports.

The CCP is among the worst violators of religious freedom in the world and it continues to show blatant disregard for religious freedom and exercises extreme hostility to members of all religious faiths, including Protestants, Catholics, Tibetan Buddhists, Uyghur Muslims, and Falun Gong.

Related Article China Bribes Vatican With “$2 Billion a year” to silence the Church.

In practice, the CCP targets everyday expression of Islamic belief such as owning a Quran, praying, avoiding alcohol or tobacco, fasting during Ramadan, as well as secular aspects of non-Chinese culture such as Uyghur language and Uyghur music.

Radical Islamist Countries like Iran, Turkey and Pakistan that call themselves the leaders of Muslim Ummah and are standing with China, need to answer one question.

Does that mean that the talks of Muslim Ummah, Muslim Brotherhood, and issues that these Radical Islamist countries poke their noses in other countries are all a farce? These countries have no concerns for the human rights of Muslims, but they still stand with China that is committing all kind of atrocities on Uygur Muslims. In fact these are the countries that are bigger culprit than China.