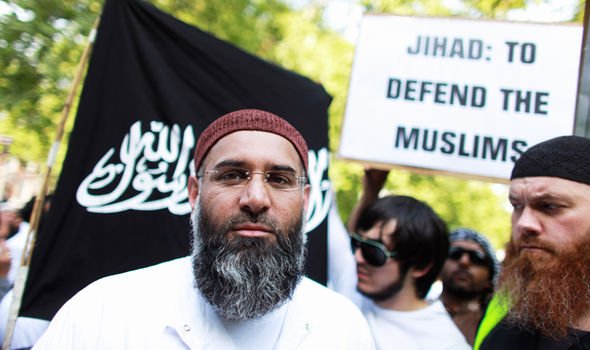 As per sources, ban on Pakistani descent convicted radical Anjem Choudary’s hate preaching may be lifted by the end of May 2021 in UK.

Britain’s most notorious Islamic hate preacher will soon be free to return to spreading terror and hatred on the streets of Britain.

Following her release from prison in November 2018 after being jailed for exposing a Muslim rape gang – Jayda was surprised to find that Choudary had already been freed from prison!

After his release from jail, ISIS supporter Choudary was banned from speaking in public.

Now, British Security Sources say those restrictions are going to be lifted and they think he will IMMEDIATELY resume his Islamic terror campaign.

Terrorism expert and author Michael Kenney said the 54-year-old hate cleric will have ‘street cred’after serving time behind bars, adding: ‘He is no longer just a talker, but has served time for his cause, so he has greater credibility.’

Choudary, leader of the banned Al-Muhajiroun group, was jailed for just five-and-a-half years after inviting support for Islamic State.

He was released less than halfway through his sentence and has since been living at his family home in Ilford, East London, where his conditions include a night-time curfew and a ban on using the internet or preaching in public.

Before being jailed, he helped to radicalise Michael Adebolajo and Michael Adebowale, the killers of Fusilier Lee Rigby in South-East London in 2013; and Khuram Butt, the ringleader of the London Bridge attacks of 2017.

Dozens of Choudary’s followers joined Islamic State in Syria, including Siddhartha Dhar, also known as Jihadi Sid, who featured in a video showing him executing a victim.

Mohammed Reza Haque, Choudary’s former bodyguard who became known as Jihadi Giant due to his 6ft 6in frame, beheaded a hostage in another propaganda recording.

Jayda Fransen was arrested for confronting Choudary on the streets of London, where he regularly invited support for ISIS and encouraged Muslims to engage in Jihad against non-Muslims.

While in prison, Choudary refused to take part in deradicalisation courses or exercises.

On a number of occasions, Choudary was offered opportunities to speak to mainstream religious leaders and other experts who have successfully turned around the mindset of other extremists. On each of those occasions, Choudary refused to get involved.

While the preacher reportedly refused to address his mindset, prison authorities could not hold up his release.

His current restrictions – which will be fully lifted by the end of May – have led Security Sources to fear that Choudary will immediately resume his campaign to radicalize young Muslims.